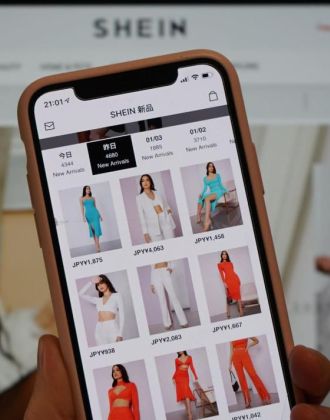 The fast-fashion brand is the third most valuable private company in the world,

Chinese fast-fashion brand Shein has secured between $1 billion and $2 billion in a fresh investment round, giving the company a worth of $100 billion, according to The Wall Street Journal.

In terms of valuation, Shein is the third most valuable private company in the world, after ByteDance and Ant Group, and tied with SpaceX.

General Atlantic, along with Sequoia Capital China and Tiger Global Management participated in the funding round.

Shein was the second most downloaded shopping app in the United States last year, after Amazon, according to app analytics firm Apptopia. However, Amazon's downloads fell 2.4% year-over-year, Shein maintained strong growth, with installs up 68% year-over-year.

The brand, which specializes in social marketing, has built a vibrant community among its target consumers, that is, a digital-savvy generation. Therefore, by expanding services, it can better keep consumers with ever-changing needs in the community and attract more people to join, which to some extent poses a threat to platforms like Amazon and AliExpress.

According to Reuters, Shein is considering establishing a holding company in Singapore, and its founder, Sky Xu, is reportedly pursuing Singapore citizenship in order to avoid China's increasing restrictions on overseas listings.