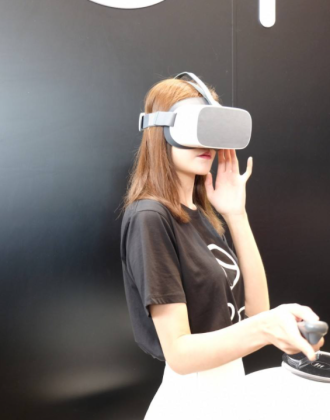 ByteDance has decided to assign senior managers from its short video app Douyin to its virtual reality (VR) subsidiary Pico Interactive, a Beijing-based VR startup that TikTok owner acquired in August last year, as it shifted resource and focus to the emerging technology that power the Metaverse.

Song Binghua and Wu Zuomin, who are responsible of leading TV show production and entertainment content at Douyin, TikTok’s China version, will move to Pico soon, following the appointment of Ren Lifeng, who co-created Douyin and then headed ByteDance’s Xigua short video app in his early career.

Both virtual reality and augmented reality are widely regarded as underlying technology to support the application and adoption of Metaverse, and the partnership will help Pico to usher in a new group of developer who are focused on programming applications for VR and AR technologies.

“We aim to develop solutions that empower developers and creators with Qualcomm’s decade-long extended reality leadership,” said Liang Rubo, who replaced founder Zhang Yiming as CEO of ByteDance at the end of last year.

Founded in 2015, Pico employs 300 people by far with offices in China, the US, Spain, South Korea and Japan , and it sold roughly 500,000 units of VR devices in 2021. Its team size and sales numbers are still tiny compare to peers like Oculus Quest 2 from Meta, which sold 10 million units between its launch in September 2020 and November 2021.

ByteDance begun invested in the Metaverse last year. In April 2021, ByteDance invested around 100 million yuan into Mycodeview, the company behind Reworld, a Chinese competitor to metaverse incumbent Roblox. Then in August, the company acquired virtual reality headset Pico Interactive for CNY9 billion. In January, ByteDance launched a social app called Paiduidao or “party island”in English, enabling users to interact in a virtual community through avatars.

However, ByteDance distanced the social app from Metaverse hype at the time as the Paiduidao’s representative highlighted that the app has nothing to do with the metaverse