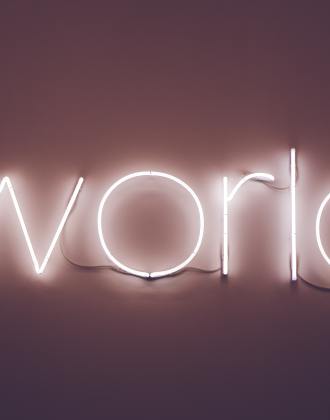 TikTok's owner ByteDance joins a slew of technology giants pouring money into the 3D open-world game in an attempt to copy the success of miHoYo's Genshin Impact.

TikTok's owner ByteDance joins a slew of technology giants pouring money into the 3D open-world game in an attempt to copy the success of miHoYo's Genshin Impact.

According to a new job advertisement posted on its website, ByteDance is looking to fill dozens of technical and business-related positions, including 3D modellers, instructional designers, character concept artists, technical artists, gameplay designers, narrative designers, copywriters, etc., to aid its growing gaming unit. The jobs will mainly fall under the company's gaming studio 'Zhaoxi Guangnian Information Technology' or 'Nuverse Game' in English, which was launched in February last year and has branches in Beijing, Hangzhou and Shanghai.

An unidentified employee posted screen captures from ByteDance's remote collaboration app Feishu, showing the internal discussions between the company’s CEO. Zhang Yi Ming, and other employees about the development of an open world gacha game similar to Genshin.

ByteDance has not yet made an official announcement regarding the investment move; however, Zhang Yi Ming's interest in developing an open-world gacha game has been known for a while.

Genshin Impact took the world by storm since its release last year. It was the second highest-selling game, raking in $60 million in revenue across all mobile platforms in the first week after its release and surpassing PUBG Mobile, second only to Honor of King, which cashed in $64 million.

As Sensor Tower's latest data shows, the game's overseas sales increased by 51% month-on-month in January 2022, making it the top-grossing Chinese mobile game of the month in the overseas market. According to Sensor Tower, $208,7 million of Genshin Impact's revenue during the month was accumulated from the players' in-game purchases, 2022, showing a rise in revenue of 37% year-over-year. Due to these figures, the game ranked third best in revenue in January after Tencent's PUBG Mobile and Honor of Kings.

Genshin Impact hosts one of the largest gaming communities, the members of which often spark hot debates about various game-related topics on social media. According to a Twitter Blog, Genshin Impact was the most-tweeted-about game of 2021.

ByteDance has rapidly expanded the scope of its gaming operations in recent years as it seeks out new ways of monetizing the engagement of its users while capitalizing on one of China's most lucrative markets.

Danjuan, Nurverse, ZX Light Year, Ohayoo, Pixmain, PixDance, Relaternity are among the ByteDance-owned gaming brands engaging in core game development and publishing for domestic and overseas markets in categories including, but not limited to mobile, casual, open-world online, and indie.

The company has increasingly made inroads into the gaming industry to raise its profile and build up an ecosystem via methods such as acquiring game studios, building a community through its own social media platforms like Douyin and licensing third-party content.

With its 500 million monthly active users (MAUs), Douyin has played a significant role in marketing ByteDance's casual and indie games through in-app advertisements and has driven up engagement by allowing users to play games in the app's mini-programs.

Aside from acquiring game studios, ByteDance has also heavily invested in the game industry value chain as a whole in a bid to take on the industry's leaders such as Tencent and NetEase by eating away at the market share.

The success of Genshin Impact has also posed a significant challenge for Tencent, as MiHoYo distributed the game through its own website and various third-party platforms, thus largely bypassing Tencent's ecosystem and threatening the company's source of revenue.

Tencent has a historical success in genres like multiplayer online battle arena (MOBA), first-person shooter and battle royale. Despite that, the company has yet to claim a top title spot in emerging genres like open-world roleplaying games and anime-styled 2D games, also known as erciyuan or Gacha in English. It has been trying to expand in these areas primarily through self-development or adapting anime IPs (intellectual property) into games by signing exclusive partnerships to try to fend off MiHoYo. In 2021, Tencent released two trailers for Honor of Kings: World and Sword Snow Stride, showing a clear intention of bringing its own version of open-world games to gamers worldwide.

The Los Angeles based LightSpeed Studio, with triple-A game veteran Steve Martin as its General Manager, is hiring a team of various technical positions, including Senior Environment Artist and Senior Character Concept Artist, to create a triple-A open-world game.

Open-world games could be the key to success for the Metaverse as well as its central pillar, and games like Roblox and Pokémon Go have set the example by showing a preview of what a 3D virtual world could look like by providing good examples of different combinations of augmented reality with an open-world concept and their successful applications.

We're already seen Tencent try to utilize Metaverse-like tactics, such as building virtual economies connected to the real world by selling branded content and avatar skins in its mobile games, like Honor of Kings, for example.

To assert its presence in the Metaverse, MiHoYo has launched a virtual brand named HoYoverse, aimed at creating a vast and content-driven online world that combines games, anime, and various other types of entertainment.

Photo by 2Photo Pots on Unsplash