The exodus of China's EdTech industry: where are they heading? 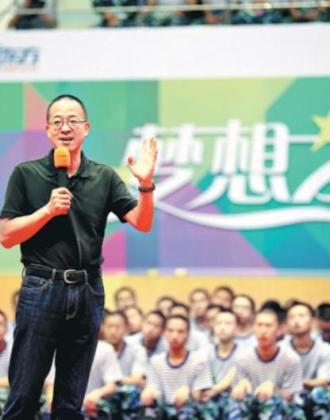 Michael Yu, aka Yu Minhong, the founder and CEO of China’s biggest tutoring service provider New Oriental, made his live stream shopping debut on December 28. For three hours, the edtech billionaire and “China’s most famous teacher” sat in front of the camera and promoted a range of farm products. Yu’s deals ended up 4.6 million yuan ($721,827) in sales, which dwarfs in comparison to China’s top live-stream shopping hosts Austin Li and Viya, who are able to achieve many hundred times more in revenue within an hour.

New Oriental’s shares dropped by 20% a day after the live stream.

Yu’s attempt to enter the live stream shopping scene comes after China’s Double Reduction policy, a regulatory crackdown on private tutoring services for K12 students. As a result, New Oriental has closed many tutoring centers and massively laid off staff. According to a Sixtone report, Yu announced last month that the company would sell agricultural products to compensate for the losses from closing tutoring centers.

"New Oriental has the advantage of offline and online channels with nationwide reach, which will greatly help in e-commerce via livestreaming. What's more, Yu himself is a well-known figure, a virtual brand, so he should be able to help attract consumers online," said Wang Peng, associate professor at the Hillhouse Research Institute.

When the domestic market becomes forbidden fruit, many turn to overseas markets. New Oriental has previously set up a Chinese language learning subsidiary, Blingo, to design classes for children and teenagers who want to learn Chinese. The service will be primarily targeted towards second or third-generation Chinese immigrants living abroad but wish to be in touch with their cultural roots.

Such market has great potential. According to data compiled by China’s Ministry of Foreign Affairs, as of last year, more than 180 countries and regions around the world have engaged in Chinese language education, and more than 70 of them have incorporated Chinese into their national education systems. More than 20 million people overseas are learning Chinese, and the cumulative number of people learning and using Chinese is close to 200 million.

In addition to language education, Chinese edtech companies are also trying to enter the K-12 education market in countries where the education ideology is similar to China, such as India.

Yuanfudao, the largest online live course platform in China has faith in the Indian online education market, evident by it led-invested in ODA Class, a Bengaluru-based edtech company. Li Yong, the founder of Yuanfudao, partnered with Shushant Srivastava, a teacher of 7 years, to bring affordable and quality education into the Indian education system.

"The content is also AI-fueled and has an adaptive learning module during live lecture, to accelerate data-driven learning process. The mobile app can be used to study anywhere, anytime," according to Your Story Research quoting Shushant Srivastava.

The edtech industry is estimated to be a $3.5 billion market in India by 2022. ODA class faces competition from local rivals such as Byju’s and Vedantu. As it currently stands, Byju’s remains the most popular online learning platform for Indian students. However, ODA class has been able to break the market and accumulate 1 million users in less than a year of operation.

As Chinese edtech companies explore overseas markets, they are reluctant to give up what they have built domestically. As new regulations roll out, they have pivoted from academics to physical education.

Following the Double Reduction policy, China’s Ministry of Education has further emphasized the importance of students’ physical well-being. The Ministry has stated it will gradually increase the percentage of physical education grades in “ZhongKao”, China’s middle-school entrance exam. By 2022, a reformed ZhongKao with focuses on physical education and cultural arts will be fully implemented.

Edtech companies see potential in offering physical education classes for students who are preparing for ZhongKao.

For example, in June, Wanyufangfei, which provides ice sports training for children aged 3-15, announced the completion of an over 10 million yuan Series A financing round from New Oriental. New Oriental has also begun offering physical education courses aimed at ZhongKao, in ins Qingdao and Tianjin schools in mid-2021.

In addition, TAL, an education group in China which first established in 2003 under the name “Xue Er Si”, has also set its sights on non-academic education.

According to an internal letter mentioning the direction of the transformation regarding TAL, Zhang Bangxin, CEO of TAL stated that TAL will explore a variety of new topics, focusing both on humanities and aesthetic education, as well as music, sports, and arts.