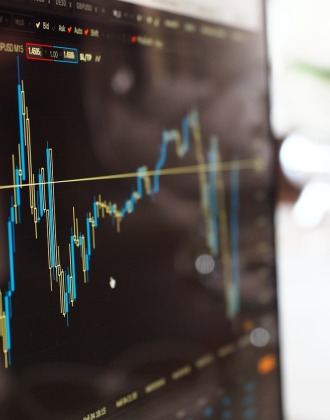 Despite the existence of multiple unfavorable factors such as the coronavirus, a downturn in the consumer market, as well as the crackdown on the Internet industry and the property sector, foreign capital flows into China's equity markets reached a record high in 2021.

As of December 23, net inflows of northbound capital into equities listed in Shanghai and Shenzhen, the mainland's two largest stock exchanges, hit a new high of 417.5 billion yuan ($65.5 billion), according to a report released by China International Capital Corporation (CICC).

The net volume of capital flows almost doubled from last year's level, based on data from the investment bank.

The record-high inflows show that foreign money is still interested in Chinese assets. CICC analyst Li Qiusuo told the South China Morning Post that China's resilient growth makes its assets among the most promising in the world.

"As China's growth is expected to rise further, and with overseas growth facing downward pressure, the relative attractiveness of Chinese assets will be elevated," he said. A further deepening of China's capital market reforms and the potential for Chinese equities to take up a greater proportion in global investor portfolios, are also buoying this trend, added Li.

Offshore investors flocked to China's manufacturing sector in 2021, with more than half of net inflows going to companies in this sector, said the report.

For example, foreign holdings accounted for 5.3% of the total holdings of stocks in the new energy sector, up from 1.9% in 2019. Foreign investors bought roughly 367 billion yuan worth of shares in new energy companies, making it the second-largest holding in 2021.

In addition, foreign capital has boosted its positions in banking, computing, pharmaceutics, and biology. All of these sectors has suffered setbacks in the second half of 2021, causing related indexes to plummet.

Despite the influx of international capital, the Chinese stock markets continue to underperform. As of December 30, the Shanghai Composite Index had risen 4% this year to 3619.19 points, while the Shenzhen Component Index only up 2.25% to 14796.23 points.

Meanwhile, stocks in Hong Kong have taken a battering in 2021, with China’s regulatory crackdowns helping to put the city’s flagship equity index on course for its biggest loss in a decade.

Currently, the degree of internationalization of the Chinese market is still relatively low, and restrictions on foreign investment is relatively strict, the report said, adding that with the continuous reform and opening up of China's capital market, more foreign capital will be able to flow into the country.