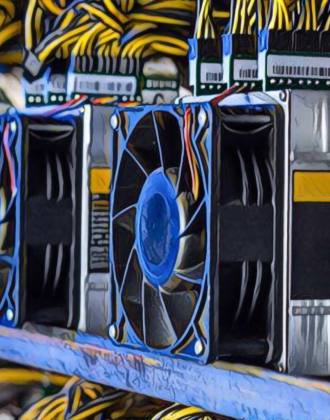 Thai crypto entrepreneurs took advantage of China’s crypto ban by quickly purchasing up mining rigs from Chinese miners at a much cheaper price.

China’s ban on cryptocurrencies has spurred a surge in crypto mining in Thailand as Thai crypto entrepreneurs buy up cheap mining rigs dumped by Chinese miners.

Thai crypto enthusiasts bought up redundant cryptocurrency mining rigs from Chinese miners who were forced to end their operations and recoup their investment by selling off their machine at a bargain price. Meanwhile, large Chinese mining companies also relocate to other regions and countries such as United States, Southeast Asia, Russia, Kazakhstan.

In an interview with the local media, Thai crypto miner Pongsakorn Tongtaveenan said many Thai crypto entrepreneurs like him took advantage of China’s crypto ban by quickly purchasing up mining rigs and PC processors from Chinese miners and resold it to local crypto investors. Driven by increasing demand, price of these machine shot up and returned to the previous level.

“As Chinese officials started to expel crypto mining activity out of the country, Chinese miners sold off their machines that cause the price of Chinese application-specific integrated circuit (ASIC) like Bitmain Antminer SJ19 Pro collapsed by more than 30 percent,” Pongsakorn said.

The logic behind the phenomenon-increasing popularity of crypto mining in Thailand is that citizens are getting more optimistic about the future of cryptocurrency so that start mining for a stable income.

In September, Beijing started large-scale cleanup campaign to shut down crypto miners and forced some of the world’s largest bitcoin miners to leave the country, seek new destination with friendly regulations and cheap electricity to power thousands of mining rigs.

In order to comply with the regulation, Alibaba banned the sale cryptocurrency mining equipment and remove categories for blockchain miners and accessories from its e-commerce marketplace starting from Oct. 8.