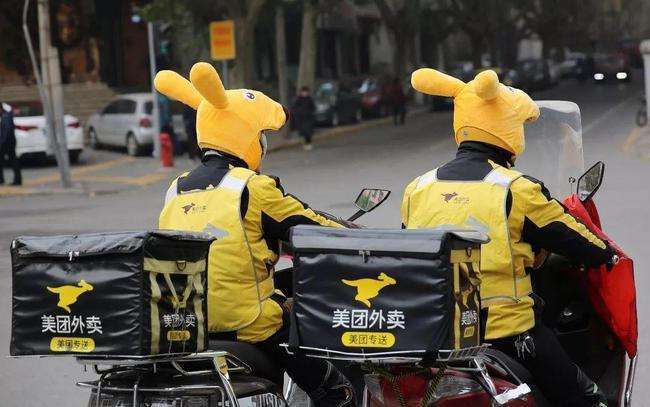 The partnership is a win-win situation for both parties as Meituan gain access of Kuaishou’s large user base. In return, Kuaishou can enrich its service offerings so that improve its user retention rate by embedding Meituan’s local services.

Meituan, whose market cap sinks by half since February due to tight scrutiny of Chinese officials, will open a mini app on Kuaishou’s short video platform, Douyin’s biggest rival in country.

TikTok sister app Douyin has already embedded food delivery services into its app, leveraging its active user base of more than 600 million to develop a new revenue stream.

The partnership is a win-win situation for both parties as Meituan gain access of Kuaishou’s large user base. In return, Kuaishou can enrich its service offerings so that improve its user retention rate by embedding Meituan’s local services.

As short video platform emerged as one of the most popular entertainment options, Douyin and Kuaishou became an important market channel that provide business opportunities for brands and merchants to reach consumers.

Meituan and Kuaishou, both backed by Tencent, have struggled to turn a profit in the domestic market where business environment is rapidly changing due to regulation. For the quarter ended September, reported its biggest quarterly loss since 2018 as the company took a hit from China’s anti-monopoly campaign that mainly targets big tech companies.

The Tencent-backed firm posted a net loss of CNY10 billion, largely sunk from net profit of CNY6.3 billion in the corresponding period a year earlier. Meanwhile, Kuaishou booked a net loss of CNY 7 billion for the period. The share price of Kuaishou on Hong Kong Stock Exchange has plummet more than 80 percent from its all-time high in February. On the other hand,

Besides a huge antitrust fine of CNY3.44 billion imposed by the Chinese government, Meituan’s quarterly loss was also driven by its group buying business, which recorded a wider operating loss of CNY10.9 billion, largely increased from just a CNY2 billion loss for the same period of 2020.

Earlier this year, Meituan had also been warned by the government for its treatment of delivery riders, most of whom are not covered for basic social and medical insurance.

The partnership came four months after the Ministry of Industry and Information Technology order the country’s tech giants to clear their walled gardens under which the tech firm can block and restrict access to rival websites.