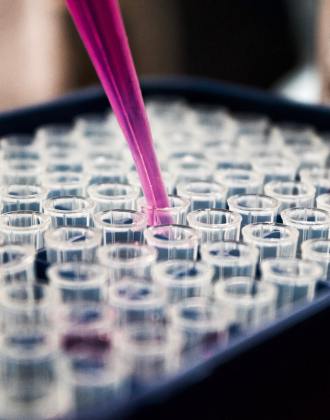 Valuation of JD Health, Alibaba Health, and Ping An Good Doctors have all decreased compared to start of the year. Telehealth companies still have a long way to go before achieving profitability.

The uneven distribution of medical resources has long been a problem in China. 72% of the third-level grade-A hospitals are located in the eastern region, while the central region only has 15% and the western region only has 13%, according to research by Daxue Consulting. The deep-rooted problem is influenced by geographical and financial factors of each region.

Studies have shown that 10% of the surveyed township health centers (THCs) could not perform routine medical diagnostics, such as blood or urine tests. In less developed regions, over 30% of the medical professionals at THCs were unlicensed.

Regulators in China have been working to improve the situation.  As the platform economy booms in China, telehealth platforms have the potential of becoming the fix. In March 2021, the National Development and Reform Commission and other 28 departments jointly issued the ”Accelerate the cultivation of new consumption implementation plan", proposing to "actively develop 'Internet + medical health'".

According to a joint research by Chinese and Norwegian scholars, by January 2019, the number of registered internet hospitals had expanded to approximately 130 in 25 provinces, accounting for 73.5% of all provinces or province-level municipalities in China.

In 2020, China’s telehealth industry grew rapidly, with the aid of technological developments in the 5G industry, as well as a rise in the need for remote medical services due to COVID-19. Sixty-five telemedicine platforms from hospitals were built in February 2020 alone.

As consumers adopted telehealth platforms, telehealth service providers saw their market value rise in the first quarter of 2021. Three leading players in the industry include JD Health, Alibaba Health, and Ping An Good Doctor. Both JD health and Alibaba Health are subsidiaries of their namesake, while Ping An Good Doctor spun off from Ping An Insurance, China's biggest insurer.

JD Health and Alibaba health both largely focuses on telemedicine, or online pharmacies, since the two respectively collaborate with China’s largest e-commerce platforms JD.com and Taobao — products of JD Health and Alibaba health’s parent company. Ping An Good Doctor’s business operation is spread rather evenly between telemedicine, medical consultation, health-related consumption, according to a MedTrend report.

Of the three, JD health is the late-comer. JD health announced its independent operation on May 10, 2019, and went public in December 2020. The market value of JD health as of December 2021 has reached 225.5 billion, ranking first in the telehealth industry in China. According to JD Health’s semi-annual financial report, its revenue reached 13.64 billion yuan, which amounts to a 55.4% year-on-year growth. Meanwhile, its net loss was 454 million yuan, 91.5% less than last year's loss.

In addition, JD Health has brought more and more products and doctors to its platform. By the second quarter of 2021, JD Health's pharmacy has over 40 million SKUs, and over 130,000 doctors, covering over 12,000 hospitals.

Alibaba Health, the second biggest player in China’s telehealth market, has reported a half-year revenue of 9.36 billion RMB, amounting to a 30.7% increase from last year, while net loss reached 232 million.

To overcome all the aforementioned problems, Alibaba Health will take another 10-20 years to power through the growth period, according to Zhu.

Of the three, Ping An Good Doctor suffered the most loss during 2021, with a net loss of 880 million yuan, 311.81% bigger compared to last year. However, the loss is temporary, as Ping An Good Doctor has adjusted its product price, to attract more customers.

In recent years, over thousands of telehealth services providers withdrew from the market, including Baidu’s Baidu Doctor and Tencent’s Teng Ai Doctor.

By the end of 2021, the valuation of JD Health, Alibaba Health, and Ping An Good Doctors have all decreased compared to start of the year. Even though telehealth companies still have a long way to go before achieving profitability, their future is promising as regulations are in their favor.