When core business stalls, ByteDance needs to deal with its “midlife crisis” 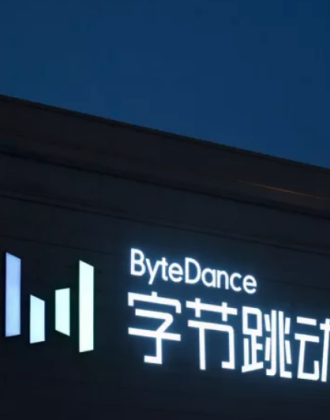 Social commerce and business-oriented services may be backup plans.

In an internal meeting held on November 18, the social media giant disclosed that its domestic advertising revenue has ceased expanding in the past six months, Shanghai Securities News reported, citing people familiar with the matter.

This is the first time the company has stopped growing since it began commercialization in 2013, the people said, adding that revenue from Douyin, TikTok's sibling app, has stopped growing, while another important product, news aggregator Jinri Toutiao, is on the edge of losing money.

ByteDance's 2020 revenue totaled $34.3 billion, a year-on-year increase of 111%, and according to Reuters, Douyin generated 60% of advertising revenue, followed by Jinri Toutiao with 20%. While TikTok has become a global blockbuster app, it contributes little to the Chinese company's overall revenue.

Not only has advertising income, which accounted for the majority of ByteDance's overall revenue, declined, but so has user growth.

Douyin's daily active users (DAUs) have been stable at roughly 600 million, with no notable rise since it reached this level in June of last year. In contrast, DAUs of the short video app grew from 250 million to more than 400 million between 2019 and 2020. Meanwhile, Jiri Toutiao, which was created in 2012, has likewise reached its user growth limit.

Given that China's internet sector is slowing down after years of breakneck expansion, the scenario is reasonable. However, it is still too early to assume that ByteDance has hit a midlife crisis and is set to lose its growth engine.

This is the most significant restructuring since its founder and former CEO Zhang Yiming resigned in May. Previously, a huge number of ByteDance products were scattered throughout the business and reported to various senior leaders.

The remodeling makes the company’s structure more understandable and highlights future growth engines, particularly TikTok, Douyin, and Feishu, which are already in the fast lane.

For both Douyin and TikTok, social e-commerce has become a top priority. According to Jiemian News, Douyin expects the gross merchandise volume (GMV) of its e-commerce business to reach 1 trillion yuan this year, and as of August, its GMV has exceeded 600 billion yuan. Citing insiders from ByteDance, a standalone Douyin e-commerce app is under development, and greyscale tests have been carried out in multiple places.

The short video app already rolled out in-app storefront dubbed Douyin Store. In the first 11 months of 2020, the GMV of Douyin e-commerce rose by 11 times, of which GMV of Douyin Store increased by 44.9 times, and the number of store owners increased by 17.3 times. Huawei, Perfect Diary, L'Oreal, and other big names have opened their own stores on the platform.

Kang Zeyu, president of Douyin e-commerce, suggested in April that the platform will assist 1,000 merchants in achieving 100 million yuan in yearly sales and 10,000 influencers in topping 10 million yuan in annual sales within a year.

"Our long-term goal is to catch up with Alibaba, China's largest e-commerce platform," an employee from Douyin's e-commerce arm told PingWest. In terms of GMV, Douyin's scale is now comparable to one-tenth that of Alibaba.

Overseas, TikTok also wants to activate its e-commerce operations. It has already tested the in-app livestreaming e-commerce service TikTok Shop in the UK and Indonesia, and has collaborated with the e-commerce platform Shopify to allow selected sellers to add a new "Shopping" tab to their TikTok profiles and sync their product catalogs to create mini-storefronts on their profile.

Earlier this year, Bloomberg reported that the GenZ's favorite app was preparing a larger expansion into e-commerce in the US in 2021, which included the ability for users to share links to products, a commission program, and livestreamed shopping.

As the consumer-faced internet business boom cools in China, tech titans and startups have agreed to shift their focus to delivering services to enterprises. Furthermore, the coronavirus epidemic has boosted the acceptance rate of software as a service (SaaS), notably, workplace apps.

Feishu, the enterprise-focused business segment, appears to be promising as well. Taking the productivity tool rolled out in 2018 as one of the company's six business units showcases the importance of the enterprise-oriented market to ByteDance.

Since globalization is rooted in the Chinese unicorn's gene, the productivity tool has also been aimed at opening the international market from day one. Just as the company separated its short video business into TikTok for overseas and Douyin for mainland China, the workplace service is also divided into Lark for abroad and Feishu for domestic.

In China, Feishu has already won a number of big names, including top electric vehicle manufacturers Nio, Li Auto, and Xpeng Motor, as well as smartphone brand Xiaomi. As a latecomer, the ByteDance productivity app is ramping up and now ranks third in the online collaboration suite category with 4.6 million monthly active users (MAUs). Alibaba's DingTalk, which was rolled out in 2014, is the most widespread, with 196 million MAUs, followed by WeChat Work launched by Tencent in 2016, with 88.89 million MAUs.

Outside, Lark has served multiple Southeast Asian startups. With the acceleration of digital adoption in Southeast Asian nations, Lark may have considerable space for expansion.

Midlife crises are typical for mature social networking apps that have entered a mature stage since they will eventually reach a point when user growth is no longer rapid. But luckily, social commerce, business-oriented services, and overseas strategy constitute a backup plan for the company.

Due to China's strengthening oversight of the Internet industry, ByteDance's education and gaming units have suffered significant setbacks. According to the South China Morning Post, due to China's regulatory uncertainty, it may delay the IPO to late 2022 and beyond.