Chinese investors hold on to cryptos even under the strictest ban 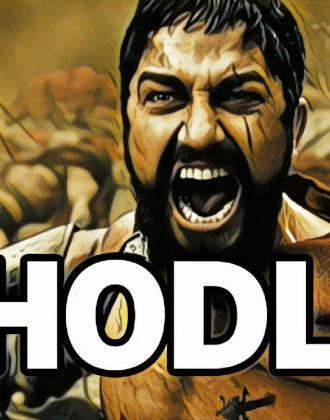 They believe the crypto market is too big to die out, and the government should think about how to better supervise it instead of exterminating it.

After transferring the last crypto from Huobi to wallet MetaMask, Adam, an experienced individual crypto investor in China, reluctantly deleted the software that had been in use for more than five years.

Adam had no choice but to make the transfer, as the Chinese authorities, including the central bank, financial and foreign exchange regulators, upgraded their crackdown on September 24, declaring that all cryptocurrency-related business activities are illegal in the country.

Still, Adam and many Chinese cryptocurrency believers firmly hold the belief that the rise of the crypto world is ultimately unstoppable despite the hostile policies.

China has been suppressing crypto and issuing a series of bans for years, but the latest ban is the most direct and comprehensive regulatory framework involving the largest number of ministries, highlighting the country's determination to root out illegal crypto-related activities.

In order to curry favor with the government, Huobi, China's largest crypto exchange, immediately stopped the account registration of new users in the mainland and announced that it would remove existing Chinese users before the end of this year.

For a long time, the exchange has been trying to get closer with the government and the central bank by supporting China's bid to develop blockchain technology.

"It's unexpected. I originally thought that Huobi's operations would not be affected, considering that the company now runs under its Singapore entity to bypass China's regulation," Adam said, "the exchange found itself a way out after the 2017 ban, but it surrendered this time."

Since the government banned ICOs and barred local exchanges from hosting trades between fiat money and cryptos in 2017, Huobi set up an entity in Singapore to operate its main exchange business, offering Chinese users services including over-the-counter trading and crypto-to-crypto transactions.

In a recent interview with Bloomberg, Du Jun, co-founder of Huobi, said, "In the past, we had been communicating with regulators to see if there are still ways to legally operate in China. But this time, there's no room for discussion."

Citing data from WhaleAlert, Wu Blockchain said that starting at midnight September 25, 22,000 bitcoins were transferred from Huobi to encrypted wallets within one hour.

Although Bitcoin fell by about 5% on the news, it quickly recovered and surpassed $55,000 on Wednesday. Now, Bitcoin is less than $10,000 away from the all-time price high it experienced in mid-April. The entire crypto market is now valued at nearly $2.2 trillion, up more than 15% since the beginning of October.

"The rise proves what we said—don't sell in panic, just hold it, because there is no way to thoroughly kill cryptos," Adam said in a telegram group of more than 500 Chinese crypto investors. "Without Huobi, we can use Binance. If Binance goes down, we can switch to decentralized exchanges like Uniswap, 1inch, dYdX," said the veteran in crypto trading.

"Don't you guys remember what happened in 2017? When the exchange was asked to shut down, people who panicked selling cryptos now have nothing, and those who firmly hold cryptos are rich now," another group member echoed.

"China has been imposed clampdowns on cryptos for nearly a decade, guess what? Bitcoin has grown from less than $1000 to over $50000 now," said Jonson, a group member who claimed to have held Bitcoin since 2014.

Members of the group generally believe that there's no better way to invest than holding cryptocurrency, given the fact that the stock market is sluggish, the real estate market is frosty, and starting a business can be risky.

Meanwhile, the implementation of the latest policy shows that on the surface, crypto trading has completely withdrawn from the Chinese market, which suggests that policy-related volatilities will be reduced in the near future.

Decentralized exchanges are the best option for Chinese traders right now because they don't enforce KYC ("Know Your Customer, a mandatory process of identifying and verifying the client's identity when opening an account and periodically over time) policies for their customers.

The activity of A16Z-backed decentralized exchange dYdX snowballed last week, with trading volumes surpassing competitors such as Uniswap and Pancakeswap. Some analysts have suggested this might be the result of Chinese users shifting their trading activities to these platforms.

The unmanageable growth of cryptocurrencies is raising concerns of governments around the world, including money laundering, possible systemic risks to the financial and monetary system, and energy-intensive computing processes that are damaging global environmental goals.

As the Securities and Exchange Commission began to devote more attention to the DeFi (Decentralized Finance) space, decentralized exchanges had to operate more compliantly. Uniswap delisted a host of tokens resembling securities or derivatives offerings earlier this summer, and 1inch has recently begun geofencing US IP addresses.

Adam believed that with years of evolvement, the crypto market now is too big to die out, and the government should think about how to better supervise it instead of exterminating it.

"To me, investing in cryptos is like investing in Tencent more than 20 years ago. At that time, few could see the value of the tiny internet company, just as the majority are still questioning the cryptos now," said Adam.