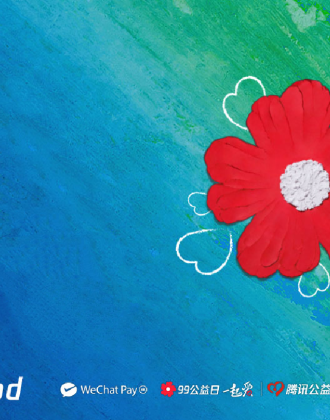 Tencent has also extended its 99 Giving Day from 3 days to 10 days and optimized its “donation mechanism, product system, corporate collaboration, charity infrastructure and other dimensions.”

Tencent charity foundation has donated 160 million RMB on September 5 to the projects under the “Common Prosperity” theme to help “post-disaster reconstruction, rural revitalization and vulnerable people, focusing on covering the central and western regions and many underdeveloped areas such as mountainous and rural areas.”

Many Chinese companies are stepping up their charity projects and showing their efforts on solving social problems as a response to China’s Common Prosperity initiative.

In August, in his speech to the CCP’s Central Committee for Financial and Economic Affairs, Xi declared that “Common prosperity is an essential requirement of socialism and a key feature of Chinese-style modernization.”

Conglomerates and industry giants like Tencent and Alibaba are seen as key figures responsible for helping achieve “Common prosperity” due to their wealth and social impact. Alibaba has previously announced its plan to invest 100 billion yuan in promoting Common Prosperity.

You can check the internal letter here:

99 Giving Day: Live Up to the Era’s Expectations and the Passion from Within

It is, again, a new year for 99 Giving Day. Seven years ago, following our original intention of “making every small kind act more powerful”, we injected the power of Internet into the public welfare sector, promoted a more efficient, transparent, and fair environment, and took a small step forward to participate in solving social problems using science and technology.

Over the past seven years, with the collective support from tens of thousands of charity organizations, companies, and hundreds of millions of netizens, our 99 Giving Day has become China's most participated and one of the most influential charity festivals. Its influence even reaches audiences worldwide, making it a bridge for cross-cultural communication. As of now, many high-quality projects in the fields of education, rural revitalization, and disease relief have emerged and has provided a small experimental field for us to help the disadvantaged and improve social equity with joint forces. Behind it is Tencent’s charity platform, which has been a crucial place for us to practice our mission of “Tech for Good”.

Currently, our country has resolved the historical problem of absolute poverty, and “Common Prosperity” is becoming the proposition of the new era. In retrospect, we are fortunate that 99 Giving Day was born at the perfect time, helping us "do good things well" with small but steady steps while uniting a group of like-minded charity partners.

The daily routine of people working in the Charity sector is not always under festive spotlights and is full of humble dedication and persistence, however 99 Giving Day exists as a carnival of charity, an annual celebration of the charity sector and for those who work hard within it. After several years of hard work on the front line, we have been dedicated to the co-creation and co-construction of many charity projects, which not only honed and improved our ability to feed back to the society but also deepened our understanding of the relationship between enterprise and society. We realized that an enterprise would lose its motivation and foundation for further development if the equilibrium between the enterprise’s development and its contribution to the society is lost.

A saying goes, only when the main river has water can the sub streams start flowing. The development of an enterprise resonates with the current era and connects with the destiny of our country. We are well aware that Tencent has been a participant and builder of the Reform and Opening Up, and thus a fortunate enterprise of this era. To be powerful but stay humble, motivated, and grateful; always attending to social concerns and people’s expectations; and helping solve common problems of the society are the best way to give back to society this era as an enterprise.

Starting but not ending with charity is our long-term commitment to the cause of social responsibility and the foundation for Tencent's sustainable development. Since the beginning of this year, we have been exploring with methods and helping to improve social well-being and “Common Prosperity”. After investing 50 billion CNY to launch the “Sustainable Social Value innovation” strategy in April, we, again, invested 50 billion CNY to initiate the “Common Prosperity special plan” on August 18th. We hope to better utilize our own digital and technological capabilities in various aspects to enhance people's lives; and the first round of this fund will begin to release during this year's 99 Giving Day activation.

Given this context, this year’s 99 Giving Day is about to embrace a comprehensive upgrade. Not only will its duration be expanded from 3 days to 10 days, its donation mechanism, product system, corporate collaboration, charity infrastructure and other dimensions will all be optimized and upgraded. Also, the total amount of fund has increased to 1 billion CNY to strengthen the support for charity projects concerning social values. On this year’s China Charity Day (September 5th), Tencent charity foundation has donated 160 million RMB to the projects under the “Common Prosperity” theme to help post-disaster reconstruction, rural revitalization and vulnerable people, focusing on covering the central and western regions and many underdeveloped areas such as mountainous and rural areas.

This year, we have experienced a lot together. We have witnessed the accomplishment of the historical mission of poverty alleviation, felt the unity of the people in the fight against the pandemic, and wished well upon the astronauts exploring the universe…, and we hope to do as many small and meaningful good things as possible with our strength and ability.

All Tencent’s departments and business operations are deeply involved with 99 Giving Day in its entirety and launched themed activities revolving around the protection of underaged minors, education, life support, elderly-friendly technology, carbon neutrality and other charity topics. Meanwhile, the “employees’ Little Red Flower charity week” also embraced its upgrade and almost 100,000 Tencent employees gathered to donate to charity projects and showed their love in various ways. As part of the “Common Prosperity special plan”，Tencent and employees gave out 10,000 “Hometown Love Charity Packages” to send warmth and hope to families in difficulties in their hometowns. Many employees who came from a rural background formed a volunteer group called “Village Workers-in-residence on the Cloud” and contributed to the revitalization of their hometowns. Through all this, we saw people’s love for their country as well as their enthusiastic responses to the propositions of this era.

Sourcing from and giving back to the society has always been Tencent's value and ideology. “Being a kind person and doing good deeds” is the self-requirement of every Tencent employee. Be it our spontaneous volunteer culture or the company's early practice and involvement in charity since its initial stages of profitability, it is enough to prove that Tencent has the self-driving force for doing good and the genes to help the disadvantaged. During the long-term spontaneous practice of charity, the “Sustainable Social Value innovation” strategy has long been integrated into our company's organizational structures and actions, resulting in our answer to this era--“Tech for Good”.

Thank you, dear colleagues, for staying true to the original intention and being self-driven together; and for jointly turning little drops of donation into a river of charity, growing Tencent’s root in social values with more depth and stability. Thank you for your sincerity and bravery. Let’s continue doing good things together, and do them well, so that we can pass on the spirit of philanthropy to future generations and live up to the expectations of this era as well as to the passion burning from the bottom of our hearts.

Pony，Martin and the General Office