China's answer to Snowflake is shaping as data demands upgrade 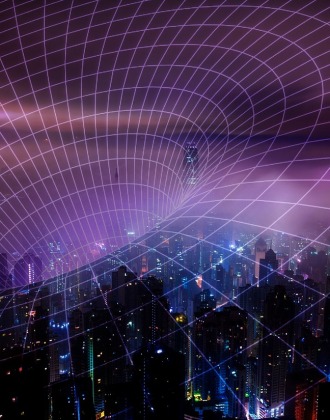 Oushu Technology recently completed a $30.9 million B+ round of financing led by a Chinese tech giant

Last year, the cloud-based data warehouse company Snowflake made its debut on the New York Stock Exchange and doubled its market value on the first trading day, stunning Wall Street. The success of Warren Buffett's Berkshire Hathaway-backed tech firm has brought data warehousing, an underlying service, into the spotlight.

Now, with the acceleration of cloud computing and the surge in data volume, China's equivalent of Snowflake has embarked on the fast lane.

On August 24, Oushu completed the Series B+ financing of nearly 200 million yuan ($30.93 million) led by a Chinese tech giant and existing investors including Sequoia Capital China and Redpoint China Ventures. According to Crunchbase data, the company has raised a total of $38.4 million so far.

The first step in figuring out what a Data Warehouse is and why it has such potential is to distinguish it from the Database. The Database uses OnLine Transactional Processing (OLTP) to delete, insert, replace quickly, and update large numbers of short online transactions. In contrast, the Data Warehouse uses OnLine Analytical Processing (OLAP) to swiftly analyze massive volumes of data.

Established in 2016 by CEO Chang Lei, a former EMC senior researcher, Oushu positions itself as the frontrunner of the sector in China. OushuDB, the company's core product, is a cloud-native data warehouse built by the founding team of Apache HAWQ, an open-source project under the reputable Apache Software Foundation. Chang, who graduated with a PhD in computer science from Peking University, is the creator of Apache HAWQ.

"OushuDB adopts a cloud-native architecture and separates storage and computation, so it's easier to scale as companies can provision the resources they actually need and then expand or withdraw capacity as business needs change," said the CEO.

In China, with the deepening of digitization and the government encouraging enterprises to adopt cloud services, the demand for data warehouses has grown speedily in recent years. As China's top two cloud service providers, Alibaba and Tencent, have unsurprisingly set their sights here and have rolled out their own data warehousing solutions based on open source projects, threatening independent players.

Speaking of competition, Chang said, "We have full confidence in our technical capabilities. Neutrality, flexibility, and scalability are the key factors for us to gain the trust of clients." Although the company needs to cooperate with mainstream cloud service providers to serve customers, OushuDB, which works like a SaaS service, can not only run on public clouds such as Alibaba Cloud, Tencent Cloud, Huawei Cloud, AWS and Microsoft Azure, but also on private ones.

The startup believes that features like accommodating pluggable storage and integrating various storage, including object storage such as Amazon's S3 and and its self-developed distributed table storage Magma, set it ahead of competitors. It not only supports the conventional T+1 batch processing but also works for real-time processing.

Cloud data warehousing service is in its early stages in China, and most domestic players are still focusing on competing with Oracle in the transactional database field. Citing research and advisory firm Gartner, Oushu said the size of the analytical database market (Data Warehouse) had surpassed that of traditional transactional databases in North America.

"China's data warehouse industry is also moving toward the same direction, and I believe that in the future, influential companies like Snowflake and Databricks will be born here," Chang said.

Starting with a team of fewer than 10 people, the Beijing-headquartered startup is developing rapidly and has evolved into a company of 200 employees, of which 85% are in the engineering department. Now, its clients span from state-owned banks to international companies, such as VMware.

According to the latest research published by MarketsandMarkets, the global "data warehouse as a service" market is expected to grow at a CAGR of 22.3%, reaching $12.9 billion by 2026 from $4.7 billion in 2021. China is the leading country in Asia-Pacific in terms of adopting data warehouse services. According to the report, companies in the region continue to focus on improving their customer service to drive competitive differentiation and revenue growth.