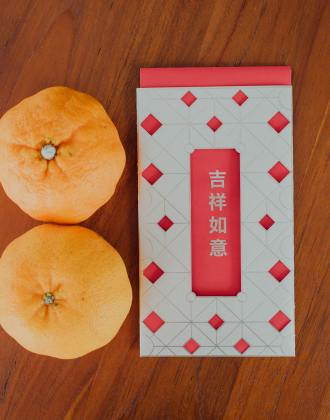 A court in Beijing known to follow the case law logic has just set an important precedent.

In a landmark trial, a Beijing court has given a 4.7 million yuan fine to the company behind an app that automatically grabs "red packets" on WeChat, setting a precedent for other cases involving using scripts to automate operations on the internet that might harm users or service providers' interest.

The app runs on the background of Android phones, and allows red packets/lucky envelopes, which contain digital money and are sent between users or among chat groups on WeChat, to be automatically opened within seconds.

Tencent had argued that the app damages its interest and breaks the user experience of WeChat, and had implemented a technical fix to address the issue. Top View subsequently updated the app to counter the Tencent fix. Then Tencent brought the company to court for unfair competition. In a separate case, Kuaishou, another major Chinese internet company, also sued Top View for using a similar name for its app.

The Beijing Intellectual Property Court found that the app in question violated the Article 12, Section 2 and 4 of the Anti-Unfair Competition Law, which states that app behavior that hinders or breaks other legally operating internet services is illegal.

Tencent asked for a whopping 50 million yuan compensation. The court decided on an amount of 4.5 million plus other fees.

Wandoujia, a prominent Chinese Android app store, is also a defendant of the case for its involvement in distributing the app, but was cleared of mal-intent by the court.

This is the first-of-its-kind ruling in China on auto-run scripts, some of which in the past have served people well while also being the center of controversies.

One example is with train tickets. Particularly during peak periods, such as the Chinese New Year holidays, train tickets are hard to come by, so internet companies from big to small used to update their products with features based on scripts to help users secure tickets, although they are also criticized for causing inequality (especially among less tech-savvy elderly citizens). Some of these features were ultimately blocked by 12306, the ticketing service operated by China’s state-owned railway company, while others have been found to have ties to illegal ticket scalpers.

It’s interesting though that in the Top View case, the court actually ruled that besides constituting unfair competition, the script also harmed the “social and entertainment” factors of WeChat’s red packet feature, and “may lead users who have not used the app to have a bad impression on WeChat, damaging WeChat’s business reputation.”

The Beijing Intellectual Property Court specializes in IP and technology industry-related cases. Interestingly, the court is also known to be trialing a "Case Guidance System"(案例指导制度), or essentially case law, which is not something in China's civil law system.

That makes this case important because it sets an important precedent for courts across China when dealing with cases that have to do with scripting technologies. More monumentally, it is also a prominent case that involved one company making sophisticated technology that could block another company’s product from performing like it is designed to.

There could potentially be a number of cases where this mentality of the Beijing court’s ruling can be applied to, such as the long-standing mutual blockade of Tencent and Alibaba. However, industry chatters also suggest that the two Chinese internet giants are considering approaches to unblock each other, such as Tencent allowing Taobao links to be posted and directed within WeChat chats.