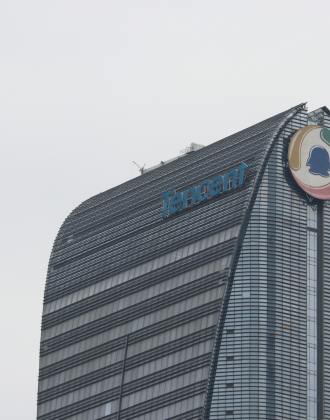 Ten years ago WeChat's birth indicated the marginalization of QQ. Now that another ten years have passed, is there someone to be the WeChat replacement just like what TikTok has done to Facebook?

A massive wave of antitrust crackdowns is hitting on China's tech sector. Alibaba was fined a record high of 18.2 billion yuan in April for supposedly abusing its market dominance. Recently, Tencent was fined by China's top market regulator for violating anti-monopoly rules in 22 mergers and acquisitions deals they made without seeking regulatory approval in advance.

Yet, among all these illegal behaviors, WeChat became the elephant in the room. Within ten years, Tencent's mobile-first communication attempt has grown to a super app and eaten up China's instant messaging cake.

There were challenges throughout the years, ranging from big tech Alibaba to short-lived small studios and WeChat's sibling QQ mobile. None of these "WeChat killers" managed to take a slice from the Goliath. The social king is too invincible to innovate. Thus the most exciting function the WeChat team introduced in 2021 is an animation of bombing up the poo emoji.

WeChat's figures show no sign of fatigue - 1.241 billion monthly active users (3.3% up), 1 billion daily active users, and 400 million mini-program users. Nonetheless, many people claim that they only bear with WeChat because other people use it.

"It's been 10 years and the group chat functionality is still basic," Chen Xing, a Shenzhen-based programmer, said to PingWest, "I don't know how a 'tickle' can make my group discussion more productive and effective."

"I'm ok with it if they just copy something from Telegram." He added.

Pavel Durov's Telegram is certainly not WeChat's solution for a better messaging experience, although this Russian messenger app is famous for bold functions and solutions serving its 500 million MAUs. Still, it's undeniable that in recent years WeChat has put less focus on chat features and weighed more on the mini-program and video streaming that is responsible for snipping Douyin. It becomes a shared in common that the file size of WeChat is chubby nowadays. Also, the fun of using it decreased sharply.

WeChat's older sister QQ also had a golden ten years dominating the Chinese social network. Once Tencent's primary source of income now bears only half of WeChat's MAU and is marginalized from people's smartphones.

So what could lay ahead for WeChat?

Gradually, WeChat's fate echos across the ocean with another social giant in the world. Everyone uses Facebook worldwide; at the same time, not many people love it because of privacy issues, scandals like Cambridge Analytica, advert targeting, tracking, and many other things.

Since the second half of 2020, Facebook's DAU has not seen a growth in three conservative quarters in the United States and Canada, signaling no more push on its home court to lure new users onto the platform.

Also, the US social giant is in the middle of an antitrust probe. The Federal Trade Commission alleged in December 2020 that the social network has used monopoly power "with the aim of suppressing, neutralizing and deterring serious competitive threats," and must be broken up.

The suit, however, was pulled by a federal judge last month, ruling that the plaintiffs don't provide enough evidence that the company exerts monopoly control over social media.

For Big Tech in the US, the White House calls on antitrust agencies to enforce antitrust laws "vigorously" and review past unfair acquisitions that made Big Tech big today.

The FTC has accused Facebook of breaking antitrust law by gobbling up many smaller social media startups and acquiring several large, well-established competitors, in what amounts to a concerted effort to build a social media monopoly.

Pretty much the same time, WeChat was challenged for the first time by state organs. In the July issue of Banyuetan, an official periodical magazine of Xinhua News Agency, an article pointed at WeChat, stating that antitrust enforcement must target super apps.

"Certain company in China has captured more than 99% market share of China's social network, and there is no sizable competitors who can match," the author Yang Dong wrote, "it therefore uses methods of blocking, banning and other means to exclude and restrict competitors. It's about how hegemony breeds hostility."

Unlike the previous allegations against Big Tech produced by state-owned media, this article, titled Hegemony, breeds hostility: the super app kills didn't go straight criticizing WeChat by mentioning the name. Instead, the writer discussed how a monopoly walled garden could harm the ecosystem and innovation on the national level.

The idea of the article shares much in common with EU's GDPR, where it states that the user owns their personal data, and no platform is allowed to cut the data flow and claim the right of specific data.

One example is the dispute between Alibaba and Tencent. Over the years, these two Internet giants have established virtual barriers to restrict each other's entry. WeChat blocked Alibaba's flagship products, such as Alipay, Taobao, DingTalk, and Xianyu, inside the app.

After Banyuetan published the piece, Wall Street Journal reported that Alibaba and Tencent are considering moves to open up their services to one another gradually.

If true, whether the existing two standalone universes of China's consumer internet would end up mingling in a harmonious way or colliding and destroying the existing foundations each giant has build remains to be seen. One common reaction from WeChat users towards the scoop was that Alibaba's services would harm WeChat's user experience.

Nevertheless, the other thing WeChat and Facebook have in common is that they are not cool anymore, falling from grace among Gen Zers.

The writing is on the wall for Facebook already. The platform is losing market share fast among young users.

Despite that, the Clubhouse craze has quickly gone among the majority of people. Still, it paves a way out for the social apps of the next generation - the real-time audio group chat.

With Clubhouse being blocked in China, similar products began to appear and disappear shortly after the launch period. But recently, two apps have caught people's attention because the game is not even close to picking a winner.

Flipchart, or Feiliao, was once ByteDance's first take on social and communication. The interest-based social project was so underwhelming that it only existed 12 months before closing down in May this year. But the app is reportedly back on track and would be pivoted to be audio-oriented.

Even though ByteDance has killer apps such as Douyin and Toutiao, social has been the missing part of the company's sustainability in the long term.

At the same time, Tencent kicked off a beta test for Q-Dimension or Q Ci Yuan, a similar app to the new Flipchat.

The launch of the Q-Dimension can be seen as a shift from previous private social networks to open group chats. It also builds upon strangers who share similar interests and adds real-time voice chat as a priority, unlike the old QQ group.

Currently, WeChat is the ultimate stop for communication and facilitating payments, car-hailing, food delivery, daily reads, and many other things.

However, when the anti-monopoly measures took effect on WeChat, and many competitor services came in to work flawlessly between apps, whether people will stay for WeChat for all kinds of convenience would be questionable because, by that time, the fierceness of the competition would be no smaller than any battle you'd experienced.

As for the next WeChat challenger, QQ can't miss the nomination, among others. In 2018, according to the Bluebook of Teenagers published by the Chinese Academy of Social Sciences, more than 90 percent of Chinese teens accessed the internet through mobile phones, where the most popular app is QQ, not WeChat.