Investors should avoid bias in China’s regulations on overseas IPO 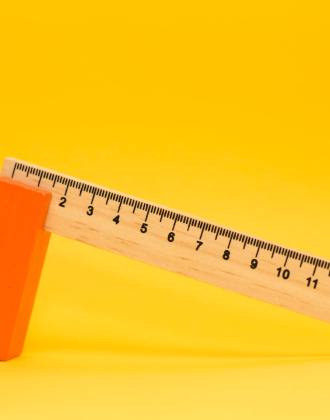 China has higher tolerance and looser regulation on tech firms in terms of punishment for violation of data safety compare to that of US.

Investors should not be biased to judge China’s regulatory tightening on overseas-listed Chinese tech firms and foreign investments, said Thomas Luo, the co-founder and the chief executive of Beijing and Silicon Valley-based tech media outlet PingWest.

“Enterprises has border, capital has a motherland. I think oversea-listed Chinese tech companies should be well aware of the facts and go through risk assessment before handling compliance issues with US regulatory department such as SEC.” Thomas Luo said.

“There were tons of Chinese companies going abroad and listing on overseas stock exchange over the past decade. It seems to me that those companies have formed biases of which they are completely unaware- US securities laws and regulation are very important that these Chinese companies comply with, but some of them treated and acted differently toward regulators in the home country. They whispered and complained about homcountry’s regulator acting seriously and strengthening supervision of overseas listing.” Thomas Luo said that these unconscious attitudes have influenced how some Chinese tech firms act toward regulators in the two countries.

The country’s cybersecurity watchdog expressed concern about the sensitivity of information stored within the Didi app, accusing Didi of disclosing sensitive data such as public roads and customer data to US officials.

A report released by state-owned Xinhua news agency showed that Didi data could reveal and analyze the details of China’s traffic. Highly sensitive analysis showed that traffic at the bureaucrats-which one is busiest or quietest among all.

The Chinese regulators were unhappy with Didi. Didi’s US IPO triggered public anger, and many Chinese citizens said that Didi behaved like a traitor to the country and Chinese people on social media.

In April, Didi has filed confidentially with US Securities and Exchange Commission (SEC) for an initial public offering on the New York Stock Exchange. Chinese regulators asked Didi to put its US IPO on hold or switch to the Hong Kong Stock Exchange IPO.

However, executives at Didi kept low profiles, staying quiet and making no statement on Chinese social media about its plan for US IPO. Without noticing Chinese regulators, Didi quietly rang the opening bell at the halls of the New York Stock Exchange on Wednesday, June 30, one day before China’s 100th anniversary of the nation’s communist party.

“Will Chinese companies list freely on overseas exchange? They definitely can as long as they don’t violate Chinese law and regulations. In fact, China has higher tolerance and looser regulation on tech firms in terms of punishment for violation of data safety compare to that of US Imagining this things (Didi) happened in the US, what would US officials do? The US regulators would all step in, either securities or law department.” Thomas Luo said.

Thomas Luo explained the comparison of the regulation in two countries by giving the example of Uber.

In 2014, Uber sunk into a scandal that the company tracked customer’s location and other data using a tool called God View. Travis Kalanick, the founder and former CEO of Uber, had been forced to leave his company by shareholders.

Chinese regulators have tightened the rules and regulations on data collection and protection of users’ data privacy since 2018.

In April 2020, The Cyberspace Administration of China, together with 11 other authorities, had jointly issued the Measures for Cybersecurity Review, which has taken effect on June 1, 2020. The new law aims to eliminate potential cybersecurity risks and ensure public safety and national cyberspace.

The revision of the Measures requires technology platform companies with over 1 million users to go through security reviews before listing overseas.

Meanwhile, Chinese authorities are working on revising rules governing variable-interest entities (VIE). Over the past decade, many Chinese tech companies, including Didi, use VIE structure to bypass regulations that disallow foreign investments into companies in technology and other sensitive industries.

“Oversea-listed companies can all learn the experiences of Meituan and Xiaomi, which has benefited from their secondary listing on Hong Kong after the city’s stock exchange changed stock index rules that allow companies with primary listings elsewhere to be included in the index benchmark. Meituan and Xiaomi, which has USD-funded corporate structure, proved their success in coordinating VIE corporate structure with the new regulations,” Thomas Luo said.