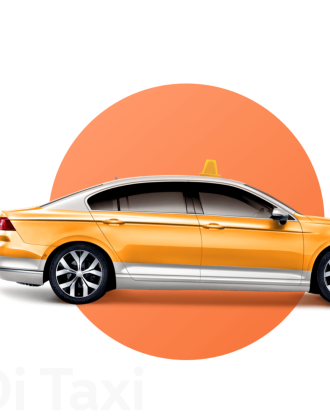 Together, Didi and Piggy Express account for 90% of China's online ride-hailing market. The rest 10% now is ready to grab a slice of the cake when Didi was suspended from the game.

With the embattled giant Didi being ordered to remove its services from the app stores and make rectifications, smaller ride-hailing companies are striving to grab more market share.

"We only have a 40-day window of time. It's a golden opportunity, so the management team decided to turn on the "battle mode" from now on," a user, who claimed to be an employee of T3 Chuxing, post the company's internal memo on social media.

According to the memo, launched by three of China's largest state-owned automakers, including FAW Group, T3 Chuxing plans to expand to 15 cities this month.

At present, the Nanjing-headquartered ride-hailing service has covered more than 20 cities, including Chongqing, Wuhan, Guangzhou, etc., with an average daily order exceeding 300,000.

On-demand delivery giant Meituan relaunched its standalone ride-hailing app days after Didi's main app was removed from app stores. The online car-hailing service was first rolled out in early 2018 and was later merged by Meituan's main app due to cost control strategies.

The service, which offered mainly connected users to the services of other ride-hailing firms, starts to recruit its drivers in more than 30 cities. It also gives lucrative discounts for new users and subsidies for drivers.

Meanwhile, Ruqi Chuxing, backed by state-owned GAC Group, and Caocao Chuxing, a subsidiary of Geely, have been stepping up their subsidies for drivers and consumers.

Due to cybersecurity concerns, Chinese regulators asked Didi as early as three months ago to delay its US IPO and fulfill rectification. However, after weighing the influence of supervision and the interests of investors, the company still decided to make a low-profile debut on July 1.

On July 4, China's cyberspace regulator ordered Didi to pull its main app, which functions like Uber in China, from app stores, on the grounds of "serious violation" of the Cybersecurity Law. A few days later, the Cyberspace Administration of China banned downloads of 25 Didi-owned apps for "serious illegal collection and use of personal information."

While it is undergoing the CAC probe, Piggy Express, a cheaper service launched by Didi in March 2020 targeting younger users in smaller cities, was not removed from Chinese app stores.

Some drivers stand in line with the Chinese regulatory agency, believing it is necessary to strengthen the supervision of the monopolist. Excessive commissions (not less than 30%), unreasonable assigned orders, etc., are the issues they complain about the most.

Though Didi dominates the market, drivers usually log into multiple ride-sharing platforms to maximize their daily income. On Baidu Map and Alibaba's AutoNavi, two online ride-hailing aggregation platforms, there are usually more than a dozen third-party ride-hailing companies for users to choose from.

Xiao Tian, a driver in Ningbo, said he and some of his friends who have registered on multiple platforms think that the demand for using ride-hailing services always exists. Therefore, more orders will come out from other apps if Didi is limited for a longer time.

"Currently, the removal of Didi had little impact on me," Tian said. "The existing user base of Didi is big enough to keep my daily orders afloat as usual, even though new users could not download and register the app."

As of May 2021, Didi leads China's ride-hailing apps with approximately 62.8 million monthly active users, almost three times the user base of the second-ranked Hello Chuxing. Together, Didi and Piggy Express account for 90% of China's online ride-hailing market. If the window of opportunity will only last for more than a month, Didi's absolute leading status is still tough to shake, but at least the gap with small and medium-sized players can be narrowed.

The crackdown at home hasn't slowed down Didi's overseas expansion. Recently, this Uber competitor is ramping up its operations in the UK, hiring staff in London and Manchester.