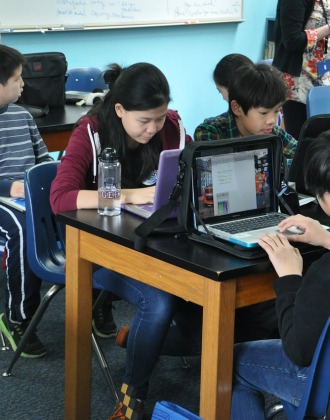 More than 75% of K-12 students attended after-school tutoring classes in 2016.

China's high-flying online education industry hits the pause button as the authorities escalate a crackdown on the sector in the hope of lifting the pressure on students and parents.

Chinese President Xi Jinping on May 21 presided over the 19th meeting of the Central Committee for deepening overall reform, requiring to ease the burden of homework and off-campus training for students in compulsory education.

Following the meeting, the State Administration for Market Regulation announced on June 1 that it had imposed a total fine of 36.5 million yuan ($5.73 million) on 15 off-campus tutoring institutions, including Tencent-backed Yuanfudao and Alibaba-backed Zuoyebang. Instead of accusing the ed-tech companies of increasing the load on students after school, the top regulator cited their false publicity and price fraud activities.

"SAMR set up a work team in May. Investigations into major educational institutions were quickly launched," Yuan Xilu, director of the bureau of price supervision and competition of the top market regulator, told the press.

These are just the latest move in the continuous suppression of online education starting this year. In March, during the annual Two Sessions, China's highest legislative body and the top advisory body meetings, restricting the unregulated growth of after-school training was on the agenda.

Also, in March, the President suggested that the surge in after-school tutoring put immense pressure on China's kids. Since then, a series of the crackdown on online education has kicked off.

In April, Beijing's local regulator imposed fines on four educational institutions because they misled customers with false advertising and pricing. Nasdaq-listed GSX and Hong Kong-listed Koolearn were each imposed fines of 500,000 yuan ($78349.03).

Before tightening restrictions on the online education sector, the government has taken measures to limit students' homework and stress. However, for many Chinese parents, after-school tutoring is still considered an essential option, which may enable their children to get higher grades and better offers.

Therefore, ed-tech companies leverage the parents' weaknesses, actively promoting viral marketing to exaggerate their anxiety and get them to enroll their children in after-school classes. To attract more users to gain more market share, they have invested heavily in marketing.

The person in charge of marketing at a leading online education company revealed that customer acquisition costs have risen by more than 50% in the summer of 2020, but the take rate dove lower than last year. The cost of acquiring a user who pays to attend official classes is as high as 3,000 yuan ($470), which is much higher than that of games, cash loans, and other industries.

According to the report "The Value of Education" released by HSBC Group in 2017, parents in China are the most financially prepared, with over half (55%) funding their child's education through general savings, investments, or insurance, and over two-fifths (43%) through a specific education savings plan. In contrast, less than one in 10 parents in the UK (5%), Mexico (8%), and Australia (8%) are funding their child's education through a specific education plan.

Many parents are making or have made a range of financial sacrifices to help fund their child's education, said the report.

However, in addition to insufficient support for maternity leave and retirement, high education costs have also contributed to a growing reluctance to have children. To slow down the rate of population aging, China announced on May 31 that it would allow couples to have up to three children, highlighting fairness in education and the supply of quality educational resources will be improved while family spending on education will be reduced.

More than 75% of K-12 students attended after-school tutoring classes in 2016, and anecdotal evidence suggests that percentage has risen, Reuters reported, citing the most recent figures from the Chinese Society of Education.

"Curbing the involvement of ed-tech companies at the K-12 stage will help reduce the academic pressure on students and the financial burden on parents," online education expert Yu Miao told China Business News.

Beyond fines, officials recently enacted broader restrictions, including limiting the after-school tuition fees companies can charge and suspending weekend classes, which account for more than a third of private tuition in the country.

"This could decimate revenue throughout the industry," Bloomberg Intelligence analyst Catherine Lim said.

China's stay-at-home tutoring startups attracted $10.5 billion of funding last year, more than was raised in total over the previous three years, according to research firm Preqin. The country's online learning market was expected to reach $49 billion (RMB 315 billion) in 2020, almost triple from five years ago, according to global market data tracker Statista. But the cutthroat fight for market share has locked e-learning firms in an unprofitable situation.

The government's repression brought several potential large-scale IPOs to a halt. Citing people familiar with the matter, Bloomberg said that VIPKid and Spark Siwei, backed by Tencent, have deferred their listings in the US, despite working in concert with banks for months. Zuoyebang and Yuanfudao, valued at more than $10 billion, were also told that they would not be listed soon.

Strengthened supervision, including restraints on marketing and prohibition of certain businesses and delayed IPOs, will sternly affect the revenue and financing of the online learning sector. Finding a sustainable customer acquisition and growth path will be the most urgent issue that every online tutoring platform needs to fix when the regulatory becomes normalized.