In the Race to Become Southeast Asia's Top Superapp, Gojek and Tokopedia Have to Unite 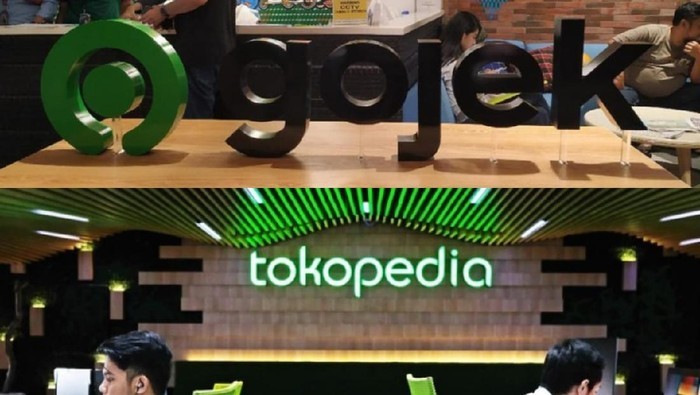 Like the Avengers, companies need to join forces if they want to win the war against Thanos, said an early investor in Tokopedia.

2021 Will be a crucial year for Gojek’s development for years to come, for the Southeast Asian rideshare giant is in a tight race with opponents to become the most dominant "superapp" in Southeast Asia. Instead of consolidating market share through a merger with Grab, its archrival, like what Didi and Kuaidi did several years back in China, Gojek is now joining hands with Tokopedia, a competitive e-commerce company in the region, hoping to expand the business scopes for the new company.

The two will create a new entity called GoTo, valued at up to $18 billion. Gojek’s shareholders will hold a 58% stake in the new company as Tokopedia’s owners take the rest, according to Bloomberg.

GoTo will divide its operations into three business units: ride-hailing under Gojek, e-commerce under Tokopedia, and a new payment and financial division named Dompet Karya Anak Bangsa, or DKAB.

Superapp is a concept that was first, and quite honestly, only successfully pulled off twice by Tencent's WeChat and Alibaba/Ant Financial’s Alipay. The idea is as simple as incorporating lots of first- and oftentimes third-party features like into the app and funnel money through the app’s own payment feature, so users develop a habit of using the superapp and eventually can’t live their digital lives without it.

WeChat, the alpha superapp, not only becomes a key infrastructure of a society that is completely overhauled by digital payment, but also a gateway for users/traffic for future startups so important that they would need to comply with at the beginning of their life cycles in order to scale.

Inspired by WeChat and Alipay, now leading internet companies in the Southeast Asian markets are also trying to figure out a way to turn themselves into superapps, consolidating shopping, rideshare, local services, travel booking, messaging, etc. into one-stop platforms. The top two contenders in the market are Grab and Gojek, both started out from rideshare.

In Southeast Asia, where traffic in major cities is often congested, ride-sharing apps have high recurring usage, making them an ideal option for the base of such superapps. Both Grab and Gojek then stretched their business to more than a dozen services, including on-demand delivery, digital payments, bookings, and even telemedicine.

Being each other’s archrival, the two companies were also locked into a seemingly endless cash-burning war. Grab marked net losses of more than $2 billion for at least three consecutive years through 2020, according to a filing by Altimeter Growth Corp., the special purpose acquisition company (SPAC), with which Grab will be using for a future IPO, while Gojek recorded a loss of $141 million in 2019 in Singapore alone.

By gaining more access to Tokopedia's more than 100 million monthly active users, Gojek could be poised to introduce its service products to an even wider user base. At the same time, Tokopedia's shopping orders can also better leverage Gojek's last-mile delivery solutions, and its “buy-now-pay-later” service can be integrated with Gojek's digital wallet GoPay, as the two companies move further into a merger.

As the only publicly listed company with a clear intention to build superapp, Sea Group saw its market cap increased by more than 10 times since its IPO in 2017, at more than $130 billion currently, giving other superapp-wannabes an even harder time.

Although Grab and Gojek are considered as a duopoly in Southeast Asia, Sea Group (formerly known as Garena,) which owns the region’s top e-commerce platform Shopee (which happens to be backed by Tencent), is also competing for a superapp title. Many agree that Shopee’s current leadership in online shopping, digital banking sectors, as well as a few other new ventures, could be considered as another major motivation for Gojek and Tokopedia to merge.

Indonesia-headquartered Tokopedia was once the leading platform, domestically speaking, but now trails Shopee in website visits and app downloads, according to reports by iPrice, an online shopping aggregator.

Meanwhile, Sea Group’s entry into the takeaway business has also posed a threat to Gojek, which offers delivery services in five countries. In Indonesia, the largest food delivery market in SEA in terms of the gross merchandise value (GMV), Shopee's food delivery unit carried out large-scale marketing and discount campaigns. Outside of GoTo's home, "Now", the takeaway platform acquired by Sea Group, is rapidly catching up, ranking first in Food and Drink category in Vietnam.

In terms of digital banking, Sea Group and Grab have gained first-mover advantages, by obtaining licenses from the Monetary Authority of Singapore in December last year. Since the Indonesian corresponding regulators have not yet issued such licenses to tech companies, Gojek, which owns GoPay, the country's most commonly used e-wallet, still has to access digital banking business through acquisitions or partnerships.

"Sea [Group] is like Thanos, massive and powerful, and [is] able to take down half of the world, or in this case half the startups," Willson Cuaca, co-founder of East Ventures and an early backer of Tokopedia, commented. "Like the Avengers, companies need to band together if they want to ensure their survival and win the war."

Compared with Grab, which holds a larger share of the rideshare market in Southeast Asia, and Shopee, which leads e-commerce in the region, the merger of Gojek and Tokopedia can at least ensure GoTo's supperapp seat in Indonesia, efficiently restraining the other two from gaining absolute control in the region’s most populous and fastest growing country. Nonetheless, as for the entire region, the race is far from being over yet.

While the overall economy of Southeast Asia suffered a great deal due to the Covid-19 pandemic, the digital part of it thrived. The "e-Conomy SEA 2020" released by Google, Temasek Holdings, and Bain & Co forecasted that Southeast Asia’s internet economy could grow to $300 billion by 2025, tripling times its current size.