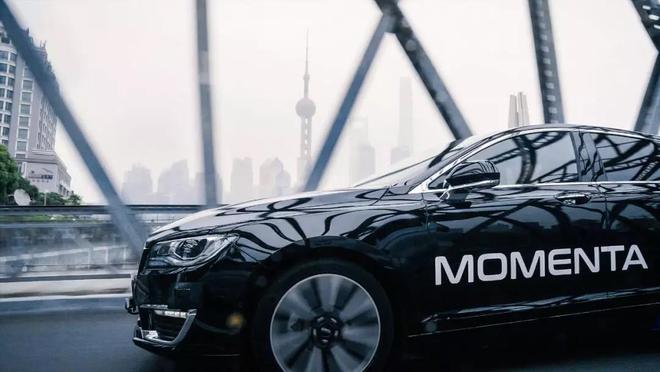 Other investors in the funding round include Daimler AG, Singaporean sovereign fund Temasek, Alibaba-backed Yunfeng Capital, Xiaomi founder Lei Jun's Shunwei Capital, and Tencent, Momenta said in a statement. It is pretty rare for Tencent and Alibaba to co-invest in the same company.

Citing its chief of business development Sun Huan, TechCrunch said the investment marks an important step toward the firm's international expansion. In a few months, Sun will head to Stuttgart and open Momenta's first European office.

The biggest challenge for autonomous driving is software and algorithms, said the startup. It works with automakers to develop mass-production vehicles with self-driving functions to gather real-time data for fully autonomous driving technologies for future products.

"From a global perspective, there are only two qualified players, one is us and the other is Mobileye. This is why industry investors would like to establish a deep partnership with us," said CEO Cao Xudong.

Before founding Momenta, Cao served as the executive R&D director of the Chinese AI unicorn SenseTime. Earlier, he worked as a scientist in the computer vision team of Microsoft Research Asia. The Beijing-headquartered startup, which was founded in 2016, has raised more than $700 million in funding.

China's self-driving industry is gaining momentum with the influx of massive investment. According to enterprise data platform Qichacha, 43.63 billion yuan ($6.70 billion) flowed into the autonomous driving industry in 2020, a year-on-year increase of 136.9%.

Capital wrestling in this field seems to be more intense in 2021. China aims to achieve mass production of lower-level autonomous vehicles by 2025.

Pony.ai raised $400 million from Toyota in February and received more than $1 billion in investment within five years. WeRide bagged $310 million in the latest round of financing completed in January, marking that the four-year-old company has raised more than $500 million in total.

As the world's largest automotive market, China also owns the most complete supply chain and more challenging traffic scenarios, making it one of the best destinations for automakers and tech providers to develop self-driving systems.

McKinsey projects China could generate as much as $1.1 trillion in revenue from autonomous mobility services by 2040. In a 2018 report, Deloitte predicted sales of L4 autonomous vehicles in China to exceed 500,000 units by 2030.

Although the outlook is promising, China must fix the problem of chip shortages.

For self-driving cars, chips are essential to make their "brain" and "eyes" work precisely. Due to the US export restrictions on all semiconductors manufactured or designed using US software and technology, most Chinese technology companies using such chips have been hit hard, and the autonomous driving sector is not immune. Also, the global chips shortage has worsened China's situation, where 90% of chips used are imported.

To cope with the automotive chips shortage, China's Ministry of Industry and Information Technology (MIIT) earlier this month released a handbook to strengthen the connection between the supply and demand sides, saying it will concentrate force and resources to achieve explosive development.