China's Answer to Quora Files For U.S. IPO, but Challenges Remain due to Lack of Monetization Model 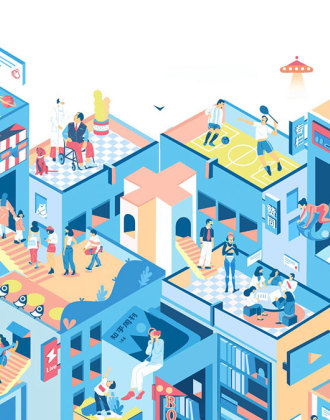 China's internet industry has grown astonishingly over the past decade. Many local internet companies shined the spotlight on China's capital market. Besides the high volume of Chinese internet companies filing IPOs, a handful of blue chips remain private and keep a relatively low profile.

Zhihu, China's largest question-and-answer platform or China's answer to Quora, is among the most anticipated companies going public.

The Beijing-based company is considered a late bloomer in the stock market, though. In fact, Zhihu was founded a decade ago by a former journalist Yuan Zhou. It is relatively common for a promising Chinese internet company to debut on the stock exchanges quickly. An example of this is the e-commerce upstart Pinduoduo, which took just three years to get from zero to a public company on the Nasdaq.

Last week, Zhihu filed an initial public offering application to the New York Stock Exchange, aiming to raise at least USD 1 billion through the US IPO. It comes against the backdrop towards US-listed Chinese tech companies when technologies are at the forefront of the US-China trade war.

Zhihu started off as an invite-only online platform that required a user registration code in the early stage. It quickly earned a reputation as a community for quality content and has attracted the elite, experts, and star entrepreneurs. Notable users include Pony Ma, Tencent founder/CEO, and Xiaoping Xu, the managing partner of ZhenFund.

Due to the lack of quality question-and-answer platforms in China, Zhihu has quickly filled the gap and became a mainstream social network. Over time, Zhihu gradually evolved from an elite community into a universal website for the general public.

As of the end of 2020, Zhihu has 75.7 million users, 43.1 million content providers, and contributed 315 million questions and answers. It has been enlisted into China's top social network club, along with Tencent's WeChat, Weibo, Douyin, and Kuaishou.

Explaining the financial difficulty, Zhihu said in its IPO prospectus that "We are still in an early stage of monetization, but we are discovering and growing various new monetization channels."

Zhihu has ambitions to expand beyond an advertising-based content platform. It has introduced live-streaming, paid membership courses and content. Since 2016, Zhihu has launched its paid course service called Zhihu Live, inviting verified experts to teach courses or offer Q&A sessions to audiences on the section. The prices for these 1-2 hours-long courses varied from 20 to 600 CNY.

The efforts to diversify its revenue streams, from live-streaming to content e-commerce, have seen a slight return. Its e-commerce business accounted for more shares growing from 0.8 percent in 2019 to 3.9 percent in 2020.

However, the cost of attracting large users has been rising, and Zhihu lacks new ways to draw new users to its platform besides online advertising and marketing campaigns.

Last year, Zhihu launched a video channel within its app and recruited influencers to enrich its content to compete with video platforms such as Bilibili and Douyin.

Business diversification requires substantial investment. In August last year, Zhihu secured a USD450 million investment in its F series led by Kuaishou and search giant Baidu. Back then, PingWest reported that the tie with Baidu and Kuaishou helped Zhihu review its plan to go public when the board members of Zhihu are facing heavy pressures from the investors as they are hoping to take Zhihu to go public as soon as possible. Still, Zhihu has failed its IPO plan previously due to profitability matters.

"Zhihu's poisoning itself as a largely text-based content platform could limit its monetisation to online advertising and paid memberships in the medium-term. Meanwhile, any attempt to broaden its user and content base could require substantial investments which will keep the company loss-making at the operating level," said Vey-Sern Ling, a senior analyst at Bloomberg Intelligence.

Zhihu also faces intense competition. It competes with strong rivals such as the aforementioned Bilbili and Douyin, which have over 200 million and 600 million users, respectively, compared to Zhihu's 75.7 million users.

The Chinese tech business environment is changing rapidly. Users are often drawn by new products and features if the old apps cannot catch up, so it is getting harder for Zhihu to keep existing users' loyalty and keep growth momentum to lure new ones.