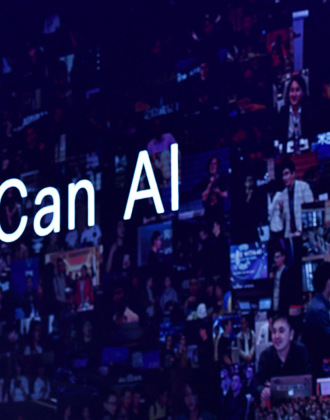 After years of miserably following trends to no avail, the company's bet in technological innovation is finally paying off.

Baidu, the once sunsetting Chinese tech giant, is taking back its crown.

Previously, the search engine powerhouse has struggled as advertising income slowed with the economic uncertainties, and its investments in autonomous driving have yet to yield profits.

But its latest financial report shows that the so-called sluggish company performed vigorously on the new growth path driven by new technologies including artificial intelligence, cloud computing, and smart transportation.

According to the Q4 2020 financial report released on February 17, the company's total revenue reached 30.3 billion yuan ($4.64 billion), an increase of 5% compared to last year. The revenue of Baidu Core, a matrix of important products including the Baidu App, Search and Feed, reached 23.1 billion yuan ($3.54 billion), up 6% from last year.

It worth noting that among the core revenue, online marketing, mainly composed of the advertising business, contributed 18.9 billion yuan ($2.90 billion), flat from last year, while non-marketing revenue hit 4.2 billion yuan ($645 million), an increase of 52%. This signals that while the company's old core businesses are indeed in stagnation, its various other big bets are finally paying off. These non-marketing revenue, mainly driven by cloud and other services, achieved significant growth in the fourth quarter.

Baidu AI cloud differentiating with AI solutions grew 67% annually in Q4, reaching an run rate of $2.0 billion, said the financial report. The company has been ranked No.1 in China's AI public cloud market, according to the latest IDC report for the first half of 2020. Herman Yu, Baidu's Chief Financial Officer, said that the company will continue to invest heavily in technology to optimize its long-term growth.

One of those long term bets is autonomous driving, where Baidu's Apollo program is gaining momentum. To date the company has obtained 199 licenses of various autonomous driving levels in China and become the first Chinese company to receive driverless testing permits in both and China and California in the US a few years ago, operating out of a long established US headquarters in Silicon Valley.

With a foot in the vehicular world, Baidu also plans to tap into the fast-growing electric-vehicle market. According to the financial report, the company has entered into a joint venture with Chinese car maker Geely, the current owner of the Volvo and a top dog in China's electric vehicle market. Robin Li, Baidu's founder and CEO, said on an earnings call that a new CEO for the new JV has been decided. Industry rumors that person to be Xia Yiping, a former technology executive at Fiat Chrysler and Ford who was highly involved in Ford's AppLink.

With more than 70% of the Chinese search engine market share, Baidu was once the ruler of the PC Internet era and was dubbed "BAT" alongside Alibaba and Tencent. However, with the rise of self-contained ecosystems by Alibaba, Tencent, ByteDance, Meituan and etc., Baidu's dominance was chipped.

The market has questioned Baidu for some time. In May 2019, the Beijing-headquartered company posted its first quarterly net loss of 327 million yuan since its 2005 IPO. To get out of the predicament, the company has also made various attempts, including accelerating e-commerce livestreaming. Still, the market didn't buy it because the company's new moves have always lagged behind the industry's development and its rivals. It had previously become a stereotype in the Chines tech industry that whatever Baidu was "all-in" on would always be 2-3 years behind rivals.

Faced with external challenges, the company's management also suffered massive losses. Multiple senior executives left and joined ByteDance. In the autonomous driving sector, technology gurus such as Andrew Ng, who had a brief stint at Baidu many years ago, left to start their own businesses.

Now it looks like Baidu's underdog days may finally come to a close.

"As we enter 2021, Baidu is well-positioned as a leading AI company with strong Internet foundation to seize the huge market opportunities in cloud services, autonomous driving, smart transportation, and other AI opportunities. We also hope to capitalize on our huge Internet reach with more non-marketing services," said Li.