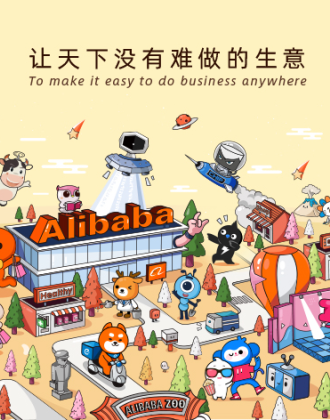 Alibaba's mission is to make it easy to do business anywhere. It turns out doing business under Alibaba's banner had been hard for many of its acquisition targets.

Alibaba Group closed its music streaming platform Xiami Music last week as the app has been struggling to keep up with rival offerings from Tencent and NetEase in China’s burgeoning digital music sector.

Alibaba, headquartered in the Chinese eastern city of Hangzhou, is best known as the owner and operator of Tmall and Taobao, e-commerce marketplaces with over 800 million active users that embedded Alipay for digital payment. With more than 1 billion annual active users, Alipay also expands its services beyond digital payments and also offers local lifestyle services including food delivery, hotel booking, travelling and healthcare.

In recent years, through aggressive investments and M&As, Alibaba Group has built itself into an empire encompassing logistics, entertainment, finance and enterprise services. However, the list of the group’s investments' failure is not short, including browser company UCWeb, app distributor Wandoujia, video streaming platforms Youku Tudou, etc.

Some of them were once the leading companies in their respective sectors but ultimately fell behind to lose to competitors. One of the main criticisms of Alibaba’s investment strategy is that the businesses of portfolio assets had often been marginalized by the group after integration.

M&As are often completed to bring synergies to the purchaser's core businesses. But to Alibaba, what was more important was that they are the default ways to acquire more consumer data and user traffic for itse-commerce and payment strong suits. The situation of portfolios companies being marginalized was even more obvious for those target companies whose main businesses had weaker links to Alibaba’s core business

Take UCWeb for an example, the company was behind China's top mobile web browser and internet portal ever since mobile internet was popularized in the Nokia-Symbian days in the 2G era. For a decently long while, UC was the default browser for many Chinese users and brought in significant web traffic and ad income for the company. Founder and CEO Yu Yongfu joined Alibaba's top leadership team as Alibaba purchased about 66% of UCWeb's stakes in 2014. While Yu himself was put onto important roles within Alibaba, leading many of the company's important new endeavors into sectors it is traditionally lacking in, such as entertainment, confirming his prestige across the entire tech industry UCWeb did not achieve synergy with Alibaba's existing business at all to be fair. Its business, basically a decent alternative content distribution platform to Tencent's WeChat Official Account platform and ByteDance's Toutiao, did not have an important place with Alibaba's ambition in building a new retail and big entertainment empire.

Wandoujia, founded by ex-Googler Wang Junyu, was once considered China's most promising third-party app store. At the time of Alibaba's $200 million acquisition of Wandoujia, the e-commerce giant, under the technological leadership of CTO Wang Jian, was developing its own local alternative to Google's Android called YunOS, and could use a big push in that effort from Wandoujia despite the company had already fallen behind rival app stores such as Tencent's Yingyongbao and phone manufacturers' own pre-installed alternatives. Unfortunately for Alibaba, YunOS, which was heavily modified from the Android Open Source Project, did not gain much popularity besides being considered by small-time local manufacturer Meizu for a few generations of its flagship devices before moving on back to Google's officially sanctioned Android.

Even less resources and efforts were put into Wandoujia's development ever since as the app store once loved by many Android users for its simplicity faded away on the Chinese internet. Yu, who was running Alibaba's mobile business group, said at the time that app distribution was the only one business inside of his group that did not achieve top 3 on the market.

The similar can be said for Youku and Tudou, China's top 2 video streaming website a few years back. Nowadays Youku is lacking in major characteristics such as original content, and had been fallen behind even small rivals such as Bilibili, while Tudou had long been sunset as a brand.

Alibaba favors majority control or even full ownership of the portfolio companies after acquisition, as it often replaced their original senior management with its own, trustworthy executives. That strategy, even for portfolio companies that are in the same business with Alibaba, such as Lazada, can be less than optimal sometimes, as the once-top e-commerce giant in the Southeast Asia region has not fallen behind rival Shopee, backed by Tencent.

When Alibaba bought a controlling stake in Lazada in April 2016, the plan was to combine Alibaba’s model that has proved to be successful in China with the Southeast Asia expertise of Lazada. Following the acquisition, Alibaba made some key changes to Lazada's senior management, appointing Li Chun, its chief technology officer of B2B division, as Lazada’s CEO. Apart from Li, eight people of Lazada’s core leadership team have worked at Alibaba, some of whom reported directly to Alibaba's current CEO Daniel Zhang in their previous roles.

Four years after the acquisition, however, the strategy hasn’t succeeded as Alibaba planned. Lazada’s lead is practically no longer as Shopee had overtaken it in terms of growth metrics such as monthly downloads in every regional market, according to data from app analytics provider Apptopia. Meanwhile, The Ken, an online technology outlet that focuses on Asia, reported that an influx of Alibaba executives in Lazada's leadership positions resulted in a culture gap. Alibaba's strict control of its Southeast Asia arm has long been criticized in the tech community for hindering with its growth. It had already changed CEO three times since Alibaba's taking control.

Comparing Alibaba's way of handling portfolio companies after M&As with that of Tencent's, one can easily spot the difference. Tencent prefers minority stakes in companies to gain access to their technologies, and transfer traffic to, and more importantly, from, its super app WeChat. It uses acquisition to fill holes in its own business offering, taking stake in e-commerce platform JD.com, Pinduoduo and lifestyle service and food delivery platform Meituan after it failed to develop a viable e-commerce and lifestyle service businesses, while not necessarily strong-arming them into entire submission. Meituan, originally backed by Alibaba, had switched to Tencent’s camp in 2016 when  founder and CEO Wang Xing disagreed with Alibaba’s proposition to have the younger company join Alibaba’s ecosystem and give up ownership.

Strategic corporate investors like Alibaba and Tencent offer huge attractions to startups given the resources and traffic that can help young tech companies to grow. The risk is that they might overhaul the business of portfolio companies if their own strategy changed. As a result, more and more founders of startups feared the possible loss of independence, that, by accepting Alibaba money, they might also be forced to prematurely choose sides in camps between Alibaba and Tencent.

In Xiami Music's case, the business actions of its corporate owner may even be seen as negligence and even betrayal.

By 2013, Xiami was one of China’s most popular and taste-making streaming platforms, amassing 20 million registered users streaming more than two million songs on the platform monthly. Alibaba acquired Xiami that year.

In June 2019, Alibaba announced an organizational reshuffle, in which Xiami was transferred out of Alibaba Picture, its music and entertainment division, and into its innovative business group. Just three months after, Alibaba invested USD700 million in Xiami’s rival NetEase Cloud Music. Industry insiders viewed the move as a signal that Alibaba was planning to give up on Xiami and shift its energy and resource to NetEase Cloud Music, which was much more popular by then.

On a broader scale, Alibaba's acquisitive nature might be changing in the future as the Chinese government has tightened the regulations on big internet companies and launched an array of antitrust and other investigations or even lawsuits against them. With all that being said, companies will still be wooed over by the prospect of big payouts for sure, and at the same time, be much more cautious if they truly wish for continued success as a brand and a business after acquisitions.