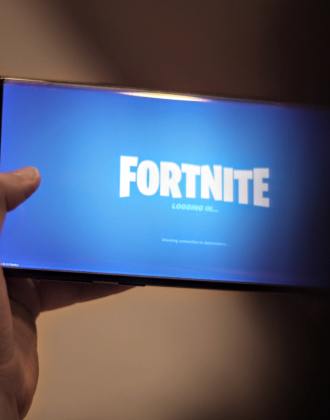 Also it comes against backdrop that competition between channels and game firms is getting more intense in China.

On Jan. 1, 2021, Huawei removed all Tencent Games titles from the Huawei AppGallery after two companies disagreed on revenue sharing.

According to a statement issued by Tencent, relevant products of Tencent Games were suddenly removed because "Huawei's mobile game platform neglected to renew the contract with Tencent's Mobile Game Promotion Project Agreement as scheduled."

Two parties didn't reveal details on the disagreement, but one source claimed that Huawei insisted on maintaining a 50% commission while Tencent wanted it cut to 30%.

As a result, China's Huawei smartphone users could not search or download Tencent games from Huawei's in-house app store. Affected titles include blockbusters such as Honour of King, Peacekeeper Elite, and Call of Duty Online.

Every Chinese brand smartphone runs its application distribution channel instead of Google Play. Giving that Huawei is the country's largest smartphone maker with a lion share of roughly 42%, analysts worried that it could have damaged Tencent's game business to some extent.

Nonetheless, it still signals a possible shift away from the "platform is king" era when gaming studios rely on a third-party marketing channel to distribute and monetize their games. It also comes against the backdrop that competition between platforms and game firms is getting more intense in China.

You might quickly echo these to the epic Epic Games vs. Apple battle in the US. The gaming giant challenged Apple's 30% commission by implementing an in-app payment feature to its phenomenal game Fortnite to bypass Apple's IAP. In response, Apple took down both the game and Epic's iOS developer account.

Following Apple's move, Epic Games made a series of quick and vital counterattacks, including an antitrust lawsuit seeking to define Apple's App Store as a monopoly.

However, Chinese app store owners ask more compare to Apple and Google. A Minsheng Securities report revealed that domestic app stores have been using a 50% commission for a long time. Besides, marketing, advertising, and maintenance cost further narrow the profit margin for game developers.

It is reasonable for game developers and publishers to negotiate with app stores to reduce revenue cut on game sales. In the past, game developers often had no negotiation dynamism because they have to rely on platforms to ensure download volume.

Fortunately, the situation may be different now with the rise of influential gaming companies. Many have built up their publishing channel and had higher bargaining power with app stores. Platforms are willing to cut their share for popular games.

"The bargaining power of the app store will be slashed as more and more publishing channels emerged and became more mature. As a result, we will see more intense dispute between app stores and game developer over pricing power in the foreseeable future," China International Capital (CICC) noted in its report.

Three month after pulling Fortnite, Apple announced it would cut its commission for small game developers starting next year. The commission cut will result in a more significant profit margin for game developers, increasing their willingness to cooperate with Apple.

As for the Huawei-Tencent case, the games were reinstated on Huawei AppGallery after a round of negotiation on the same day. “Both sides will continue to work together to bring better experiences and services to consumers,” said Tencent.