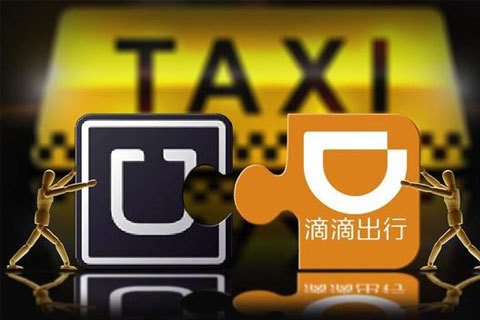 Transactions under the VIE structure may no longer be able to get rid of the review from antitrust regulators.

Everyone (pretty much) is eyeing Beijing's antitrust probes against big-tech in China. Following Alibaba and its fintech affiliate, Ant, Didi Chuxing, the Chinese ride-hailing giant, is also drawn into the antitrust wave.

The China Taxi Industry Alliance calls for continued anti-monopoly investigation into Didi, including its monopolistic activities and the anti-competitive behavior in the Uber China-Didi merger. "We have informed the State Administration for Market Regulation (SAMR) and the Ministry of Transport," the alliance announced on Dec. 17.

Didi did not respond to PingWest's request for comment.

On Dec. 24, Li Xiaopeng, Minister of Transport, declared at the 2021 National Transportation Work Conference that the ministry will further deepen reforms in the transportation industry in 2021. "One of the critical tasks is to strengthen anti-monopoly," said Li.

In August 2016, Didi and Uber's China branch closed a deal to a merger. As a part of the agreement, Uber received 5.89% in the combined company with "preferred equity interest," which is equal to a 17.7% stake.

By that time, the US rail-hailing giant's China business was worth $7 billion, while Didi's valuation was $28 billion. Since 2014 when Uber entered China, the two competitors had been locked in an intense battle, and Uber ended up burning $2 billion in two years.

The merger also marked the end of China's ride-hailing war, with Didi winning nearly 90% of the market.

After the deal was announced, China's Ministry of Commerce unexpectedly said it had not received a necessary application filing to merge from the two firms. "The ministry is investigating the acquisition over anti-monopoly concerns," Shen Danyang, the spokesman, said at that time. However, Didi later replied that the two companies did not need to file for approval to merge because they did not meet the financial threshold.

The Ministry of Commerce's anti-monopoly office has already held talks twice with Didi in 2016, requesting clarification of the transaction. The watchdog also wanted relevant documents and materials from the firm for failing to seek approval. "The investigation is ongoing," the spokesperson said, without disclosing when it might conclude.

Two years later, the deal was brought to the table again. Wu Zhenguo, head of the Anti-Monopoly Bureau of the SAMR, told a press conference in 2018 that the administration is working to comprehensively assess the deal's impact on competition and development of the industry. "China will crack down hard on monopolistic activity that damages consumer rights," the senior official stressed.

But since then, the case fell into soundless again, without achieving any substantial progress.

Some experts believe that the prospect of docketing and clearing a VIE structured transaction under the Chinese Anti-Monopoly Law has many uncertainties. Because of this, the investigation is not going well.

A VIE (variable interest entity) structure is a type of "contractual control" - the actual controlling party does not own the operating entity's shares. Still, it achieves de facto control on business operations and financial consolidation through a series of agreements.

Such a structure is believed to be first selected by Sina.com, and later widely adopted in many emerging sectors, particularly in internet-related businesses. Alibaba, Tencent, JD, Didi, and almost all of the well-known Chinese internet companies operate under this structure.

In practice, the parties involved in the transaction often adopt various tactics to keep an otherwise notifiable transaction involving a VIE structure off the China merger review radar. "(Relevant departments) did not clearly stipulate whether companies have to report VIE structure-related transactions. Therefore, many of them prefer not to report," a legal expert told The Paper.

But things are different now. Two weeks ago, SAMR, the top market regulator, said it would fine Alibaba, Tencent-backed e-book China Literature, and Shenzhen Hive Box 500,000 yuan ($76,464) each, the maximum under a 2008 anti-monopoly law, for not reporting past deals properly for antitrust reviews. These three companies all operate under the VIE structure.

At present, the top market regulator is formulating the "Guidelines for Anti-Monopoly in the Field of Platform Economy." (《关于平台经济领域的反垄断指南》)The draft expressly states that concentration involving VIE will also be subject to filing requirements, and therefore will fall within the scope of the antitrust review.

Anti-monopoly will become more standardized when it reaches a certain stage. In the future, more VIE-based internet companies may face the investigation, said the expert.