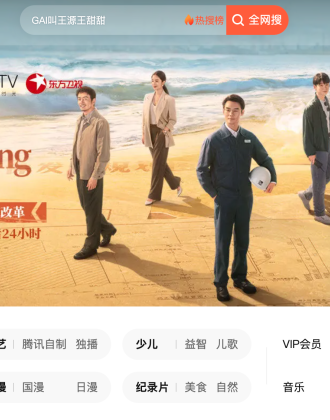 Medium-length videos, at least longer than those seconds or minute-long viral content blasted out by TikTokers but are usually cut within 30 minutes, are increasingly being valued by streaming platforms as an effective way to encourage users to generate content, thereby building a sustainable online community. It's not a new concept for sure, just that with the short video rave slows down the longer ones are again being picked up as a growing amount of viewers alter their taste for content. Compared with short videos, mid-form videos require more refined production, which means that professional-generated content (PGC) accounts for the their majority.

The playing field is currently dominated by Bilibili, a long-time fans' favorite in terms of user generated content that used to focus on anime, comics and games but is now more diverse than ever. In Q3 this year, about 1.7 million individual content creators uploaded 5.6 million mid-form videos on the streaming website monthly, an annual increase of about 80%. Xin Fan, Bilibili's CFO said in an earnings call that the PGC content ecosystem is the cornerstone of its business and the main engine that powers growth, and added that it is launching more cash incentive programs and an advertising platform to support the ecosystem. Meanwhile, ByteDance-owned Xigua Video has also been focusing much of its resources on mid-form content, according to Ren Lifeng, the president of the subsidiary. Xigua announced that it will inject at least 2 billion RMB or about $305.73 million to support the growth of PGC in 2021.

Now, Tencent Video, which actually predates nearly every other Chinese video websites except for Bilibili, is also on the move to invest in the field. Earlier this month, Tencent Video launched its own "mid-form video strategy", preparing to award 26.5 million yuan ($4.05 million) to video creators to excite the output of better content.

Like western viewers witnessing the transfers of top-tier game streamers such as Tyler "Ninja" Blevins and Dr. Disrespect, viewers in China also saw some of their favorite mid-form content creators changing platforms this year. The most prominent one among them was Necromancer Financial, a small team known for producing knockout finance-focused content on Bilibili, being poached by Xigua Video earlier this year with an exclusive deal of about 100 million RMB or more than $14 million.

Make no mistake: top creators are transferring because of better money. Necromancer Financial said at the time that being exclusively on Bilibili was no longer sustainable business-wise, and that its view counts of its recent videos have dropped significantly. The creator, who originally planned on relying on viewer donations instead of sponsors, said that he had been looking elsewhere to get better paid.

With respect to Tencent video, however, for a giant like its parent company with a market capitalization of more than $600 billion, the $4.05 million campaign is more like testing the waters. After all, Tencent Video, which focuses on self-produced content and owns numerous film and TV series copyrights, owns the most users in China. In June 2020, its monthly active users were 385 million, and the total number of paying users touched 120 million.