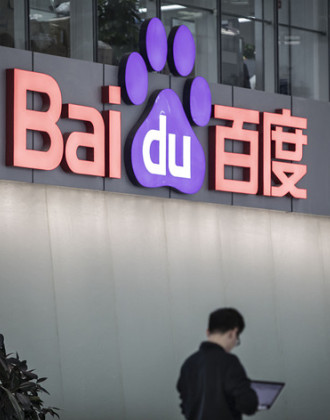 As Baidu's 3 years of effort in livestreaming reached nowhere near rivals ByteDance and Kuaishou's level, the company is making a final push by merging internal products and acquiring Joyy.

Beijing (PingWest)- Baidu, which used to be one of the three most prominent internet companies in China but has since fallen behind younger rivals such as ByteDance , is ramping up efforts to tap into the burgeoning livestreaming and video-based social media sector with the recently announced acquisition of Joyy, which operates YY, a livestreaming and discord-like voice chat platform in China.

Baidu’s search engine business dominates in mainland China and the advertising sales on its search platform is main source of revenue. However, its presence to video-based entertainment business (including livestreaming and short videos) is lacking compared other major internet companies including Alibaba, Tencent, and ByteDance. As is the tradition with Baidu in terms of businesses it's falling behind in, Robin Li, head of the company, abruptly said that the company is going to catch up, and launched a 3-5 minutes video sharing service named Haokan in November, 2017. The company also launched Quanmin, a Douyin copycat, a year later.

However, both Haokan and Quanmin did not go well as much as Baidu anticipated. As of August 31, Haokan has approximately 30 million daily active users who spend an average 70 minutes per day on the app, both of which are lower than the rivals'. In comparison, ByteDance’s Douyin had over 20 times the active users of Haokan's as of August 31, while Kuaishou had over 300 million users, according to data provider QuestMobile.

After years of unsuccessful attempts to keep up the pace with rivals, Baidu finally decided recently to revamp the two video businesses with an announcement of internal merger of Haokan and Quanmin into a single department, overseen by Haokan's CEO Song Jian. Song, who previously held various senior management positions in ByteDance's video departments, will directly report to Shen Dou, Baidu's executive vice president who has a deep technical background in search and artificial intelligence but is put in charge of the company's content endeavors.

Baidu is facing challenges to maintain advertising revenue on its search engine as rivals ByteDance and Tencent not only develop their own hugely popular apps but also forays into Baidu's backyard of search. Users now spend more time consuming content provided by competitors, and algorithm-based content recommendations rather than search play a larger role in the information they obtain. Driven by strong advertising performance on Douyin and Toutiao, ByteDance’s advertising revenue actually overtook Baidu to become second largest profit earning machine in China’s digital advertising market in the first six months of 2019, after Tencent. Meanwhile, ByteDance launched a search function within its Toutiao news aggregator in August.

In May, Baidu has pledged to invest 500 million RMB into its livestreaming services, aiming to grow its user base and cultivate 1,000 content creators and influencers amid a surge in users of live streaming service during the Covid-19 outbreak. The announcement to acquire Nasdaq-listed JOYY is also seen as Baidu's latest attempt to deepening its participation in the livestreaming business and diversifying its revenue stream. “Baidu’s service offerings and YY Live will reach a lot of synergies after the acquisition. Adding YY Live to our portfolio will allow Baidu to gain immediate operational experience and know-how on building a large live video community, strengthening involvement in live-streaming and diversifying our revenue source, " said Robin Li of Baidu.

The acquisition come at the time when rival ByteDance is reportedly in talks with a group of investors to raise nearly USD2 billion before listing of its businesses in Hong Kong.

“The penetration rate for the users watching livestreaming in Baidu's platform is not high as much as it should be. That's why we think we can link quite a lot of users today between Baidu search, short-video users and the livestreaming users, which will greatly lift the scale for the livestreaming,” Baidu executive vice president Shen Dou added.