Singles' Day Shopping Festival Could Be Too Costly For Chinese Consumers 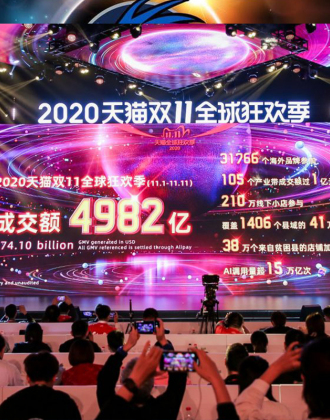 Consumers are finding it even harder to not fall for "too many deals", false advertisements, and into debt traps, in this year's Singles' Day shopping bonanza.

Both e-commerce companies broke their own historical record in sales by a lot. Alibaba saw this year’s gross merchandise volume (GMV) rosed 26% from last year, while JD booked a 34.6% year-over-year increase.

E-commerce upstart Pinduoduo didn’t reveal its GMV on Singles' Day online shopping as it almost never does. Meanwhile its profitable Q3 financial quarter indicated that the company is on the right track to become one of the most dominate power in China’s e-commerce.

The November 11 buying frenzy has always been an annual flexing for the online retailing giants, but these consumers’ buying spree don’t come at no cost. There is plenty of debate about the pros and cons of an annual shopping event that just grows each and every year without a sign of ever slowing down.

“Consumers need to control their shopping habits and resist the momentary excitement of getting a good deal," said China Consumers Association, the country's pseudo-governmental consumer protection agency, "Singles’ Day online shopping encourages consumers to shop irrationally, and such irrational consumption will be costing to the society.”

One of the debates is about consumer credit products tied to online payment methods made by these e-commerce companies, allowing users to apply for credit and shop one stop. Products such as Jiebei—Alipay’s consumer lending product, offers features like low-interest installment payments, which is no different from a credit card issued by the bank. Although companies like Alibaba has democratized credit-based consumption in a country that has traditionally been more focused on saving, boosting the economy, some has cautioned that the "buy now, pay later" service, combined with too many deals, may create a irrational mentality among young consumers resulting in them making too many unnecessary purchases, and subsequently falling into debt traps, harming their credit and even creating societal chaos.

E-commerce platforms have also been launching more features to boost sales and extending the shopping festival via early sales events, but it has frustrated some consumers with an abundance of promotions and colorful advertisment, causing confusion in people and further luring them to attempt to find the best among the best deals. The corresponding hashtag "Singles’ Day rules are driving me crazy" has been viewed more than 5 million times on Chinese social network Weibo.

Launched on Nov 11, 2009 by Alibaba’s e-commerce website Tmall, Singles’ Day is known for its huge discounts on everything from daily necessities to luxury items. It has evolved and quickly developed from the participation of just 27 merchants at the beginning to roughly 300,000 merchants and brands participated in the event this year.

Another issue with the annual shopping event, however, is that it has become a game of e-commerce giants including Alibaba and Tencent-backed JD.com, in which they leverage their dominant positions to force merchants to pick a side. Alibaba, JD.com and Pinduoduo have all been accused of monopolistic practices, including forcing merchants to sign exclusive agreement, preventing them from displaying their products and providing equal deals on rivals’ platform. In one instance, a merchant was asked by Alibaba to shut down his Pinduduo page, otherwise traffic would be directed to its competitors' pages.

In 2017, JD.com filed alleged in a lawsuit, which rival platforms Pinduoduo and Vipshop also joined, that Alibaba abused its dominant position to prevent merchants from selling on the former's platform. It is worth noting that JD.com, Pinduduo and Vipshop all have received investment from Tencent at their early stages.

On November 10 this year, just one day before the actual Singles’ Day, China’s State Administration for Market Regulation announced a series of new regulations to curb monopolistic practices in China’s internet industry, aiming to limit the growing influence of internet giants like Alibaba and Tencent.

The Chinese regulator made it clear that the new rules aim to target certain monopolistic practice, such as the abuse of tactic to restrict sales on competing platforms, the use of the low-price strategy to squash smaller rivals, as well as subsidizing products at below cost to eliminate competitors.

In addition, SAMR said it would set up a review system to monitor fraudulent sales in e-commerce platform, which has increasingly become a problem over the past years. A report on consumer satisfaction released by Black Cat, a consumer advocacy company, indicated that 16.7% of complaints the company received are linked to Alibaba, JD.com and Pinduoduo, three of China's largest e-commerce companies.

In fact, the cases of fraudulent sales on Chinese e-commerce platform- Alibaba’s Tmall, JD.com, Pinduduo, have been surging over the past years. A report on consumer satisfaction released by Black Cat consumer’s complaint platform indicated that 16.7% of total complaints it receives are linked to Alibaba, JD and Pinduduo. They are mostly about low product quality, false products advertisement, fake delivery orders.

"E-commerce Live streaming solves the problem of supply and marketing for enterprises, but once problems occur, it’s difficult to protect consumers’ rights due to the lack of management standards and supervision mechanisms,” said Li Yougang, deputy director of the Expert Committee formulating the Group Standards.