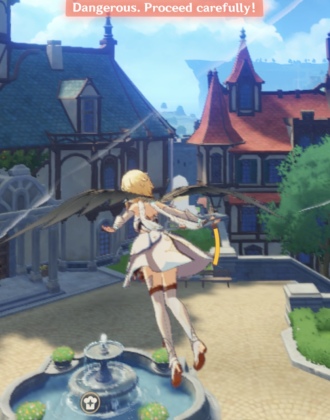 Just one month after release, Genshin Impact, the Breath of the Wild-inspired title developed by Chinese gaming company MiHoYo, has generated $245 million on mobile, data from Sensor Tower showed.

The controversial game, which was rolled out globally on September 28, has surpassed what Fire Emblem Heroes and Fortnite generated in their first 30 days of release. As the developers of these two phenomenal tittles, Nintendo and Epic Games earned $70 million and $25 million, respectively.

Established in 2012, Shanghai-headquartered miHoYo has achieved remarkable results in the international market, but it is not the first small and middle-sized Chinese game company to emerge in overseas markets.

Outside of China, smaller-sized developers, including FunPlus, Lilith Games, and IGG, are no less profitable than Tencent and NetEase, which have super-known titles, making them the top-grossing game developers in overseas markets.

Of the top 30 grossing games worldwide in January 2020, eight of those were published or developed by Chinese companies, with four titles in the top ten: PUBG Mobile (Tencent), Honor of Kings (Tencent), AFK Arena (Lilith), and Rise of Kingdoms (Lilith), according to gamesindustry.biz. Aside from Honor of Kings, three of those titles have generated more from user spending outside of China than within the market.

China's mobile gaming market has snowballed over the years to become the world's largest, but growth has leveled amidst an environment of increased competition and regulation. Instead of facing fierce competition in the domestic market dominated by Tencent and NetEase, these Chinese game developers turned to the fast-growing international market for expansion and monetization since their inception.

The game market overseas, including North America and Japan, is highly open, which facilitates the entry of Chinese game developers. Besides, the export of Chinese games also benefited from the rapid development of China's internet industry and economic globalization. "After long-term exploration, Chinese game developers have found a set of ways to enter overseas markets in terms of marketing, operations, R&D, and game design, thus achieving success," Xiao Yongliang, Dean of the Institute of Cultural and Creative Industries, Beijing Normal University, said.

"Generally, high-quality mobile games always require payment to download. However, Genshin Impact, which is an AAA-level premium game, eliminates the download cost of users. By attracting huge amounts of users, the company can eventually earn money from those who'd like to make in-app purchases,he" Mr. Zhou, who is in charge of marketing at a Chinese game company facing the Japanese and Korean markets, told PingWest.

Nintendo's Breath of the Wild is priced at $49.99 and can only be played on a Switch worth hundreds of dollars. But Genshin Impact, which shares various similarities with the Japanese console game, can be downloaded for free on PC and smartphones so that it will draw enormous users.

This method intrigued many paying users in the early stage, but it also confronts backlash. Although it costs nothing to play, to get and max out all 23 characters or experience the full game, players have to open their wallets for Genshin Impact. Similar to the way the lottery system works, users need to draw multiple times to get the items or characters they want, and the number of free draws is limited, and money must be spent to get more chances. The mechanism, called gacha, is central to the blockbuster open-world RPG and many other games from China, Japan, and South Korea.

There's no exact conversion, but generally cost players a few dollars each. Wired Magazine said after spending $5,440 on the game, Mtashed, a YouTube influencer, decided to quit Genshin Impact. "I refuse to promote the gacha system in this game anymore. There are very addictive practices in this game," the YouTuber said in a recent video.

Despite Chinese game developers' strong profitability in the global market, multiple hit games like Genshin Impact and Knives Out still face plagiarism accusations. "Technically, the gap between leading Chinese game companies and well-known overseas game developers is tiny, but it may take time to catch up in terms of creativity," he said.