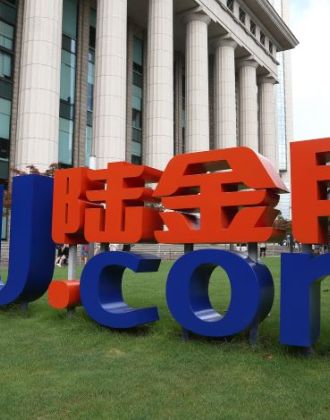 After multiple failed IPO attempts and downsizing of P2P business, China's Lufax now bets against the trend by going public in the US.

Lufax, one of China's largest fintech companies and backed by insurance giant Ping An, is planning an initial public offering in the US as more Chinese companies are going public at home amid rising US-China tension.

The company set a placeholder amount of $100 million, while its previous fundraising target suggested that it aims to raised up to $3 billion.

Lufax hopes to list before the US presidential election on November 3, preferably by the end of October so it can minimize exposure to the market volatility post-election.

Despite the high market valuation, securities regulators have been wary of Lufax's IPO application amid uncertainty over China's consumer lending regulation.

Lufax was once a major player in P2P lending but has revamped its business structure after China cracked down on the industry. That crackdown also led Lufax to postpone its planned IPO several times over the years. In March 2018, Lufax announced to postpone its highly anticipated 60 billion IPO in Hong Kong, which followed another attempt in 2017 that was did not come to fruition due to Chinese authorities' investigation into online lenders.

Amid consumer unrest, public anger and the threat of risk spreading to the rest of the country's financial system, Chinese authorities imposed a crackdown on the troubled P2P lending platforms as Beijing aimed to defuse panic and anger over China's lending crisis, in which tens, if hundreds of Ponzi schemes happened with billions of RMB of funds stolen.

In an effort to adapt to the dramatic change in business environment, Lufax announced on July 2019 to downsize its P2P lending business, and shifting focus to the asset management products, including mutual funds and private investment funds. It also said that it stopped pooling money from individual investors on the P2P products to avoid being seen as a potential Ponzi scheme risk.

The company noted in its prospectus, Lufax noted how it managed to cut ties with P2P lending. It stopped offering peer-to peer lending products for clients starting from 2019 and replaced them with a growing volume of other asset management products including mutual funds and private investment funds.

Currently, most Chinese companies in the IPO phase are opting to list at home as US politicians have threatened to ramp up financial scrutiny on Chinese companies in general, a warning sign that could lead to possible delisting from the US stock exchange. For Lufax, its US IPO could be risky as it bet against the trend. In contrast, Ant Group, one of its major rival, is planning a dual listing in Hong Kong and Shanghai's STAR Market.