Shenzhen To Dish Out 10 Million RMB in 'Digital Yuan' 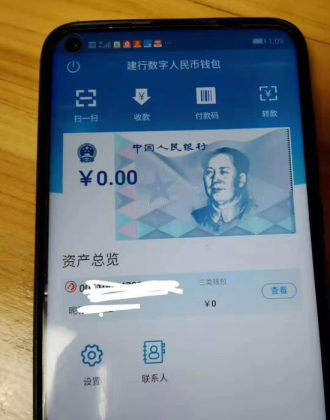 The campaign is the largest pilot program of DCEP to date, in which 50,000 lucky participants can receive 200 RMB each to spend at about 3,400 merchants.

While the Facebook-led Libra, a first-of-its-kind globalized project of cryptocurrency-enabled payment solution, is pretty much in limbo, the launch China's official Digital Yuan is imminent.

On October 12th, Shenzhen will become the first Chinese city to officially issue Digital Currency Electronic Payment (abbreviated as DCEP, also known as the Digital Yuan), the state-developed digital currency to its citizens.

The city announced on October 8th that it will dish out 10 million RMB in DCEP, in the form of 50,000 equally valued "red packets", to individuals in Shenzhen.

Participants would need to register on the "iShenzhen" app with their Chinese national ID and cell phone number to join in on the lucky draw. The city is estimated to have a population of more than 12 million.

The very few lucky ones among them will then receive a text message on the 12th with instructions to download the wallet app called "Digital RMB App", with which they can receive the free money and spend it at about 3,400 individual merchants scattered across the city between October 12th and 18th. The money is expected to come out of the pocket of Shenzhen's Luohu district.

China has tested DCEP in much smaller scales in the past months. Pilot programs already reportedly begun in several cities in the highly developed regions in China back in April. On August 12th, China's Ministry of Commerce published a guidance document, ordering PBOC, China's central bank, and relevant local governments to begin trials of DCEP across the country.

Shenzhen had already been considered by industry insiders as the testing ground for DCEP, as PBOC set up a subsidiary company in the city back in 2018.

The Shenzhen campaign is the latest and most important event to date in China's major push towards digitalizing its currency, in order to achieve further globalization of RMB and reduce the country's international dependence on US dollars, according to PBOC, China's central bank.

Government readouts also suggest that the campaign can help with incentivizing consumption as China is further into normalizing disease prevention measures.

Alas, the campaign should not be seen as a mass promotion of DCEP, since the accompanying wallet app is not publicly listed on app stores, and can only be downloaded by those participants who received instructions. The Shenzhen government did not give a time frame of larger scale implementation of DCEP in the future.

DCEP is intended to be seen in the financial world as "M0", or simply put, a fiat money alternative to the RMB. One significant difference is that DCEP comes with more control over the flow of currency back to PBOC. Traditionally, it's mostly the commercial banks, and now increasingly the major tech companies behind mobile payment apps like Alibaba and Tencent, oversee that flow.

The DCEP plan still has plenty of space for private companies. For example, through a strategic partnership with PBOC's Digital Currency Research Institute, rideshare service provider Didi said that it intends to support Digital Yuan as a payment option. Chinese AI unicorn company SenseTime is also partnering with PBOC to co-develop risk control and operational solutions of the digital currency.