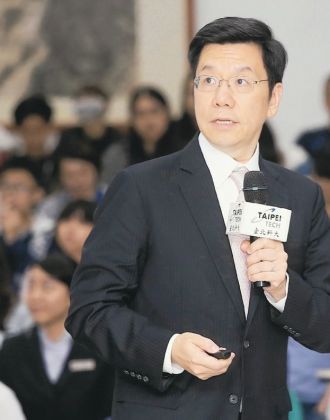 Both companies are in the process of filing for IPO, and had been put under the spotlight for data privacy practices.

Kai-Fu Lee, the Chairman and CEO of Sinovation Ventures and a famous tech investor, is under the spotlight for saying that Chinese AI unicorn company Megvii acquired massive amount of facial data from Ant Group by way of his introduction, a statement he later retracted saying it was misspoken.

In a speech last Saturday at HICOOL Global Entrepreners Summit in Beijing, Lee said is venture capital company played a pivotal role in helping the development of Megvii, a portfolio company, at early stage, pushing the cooperation between Megvii and Ant Group.

"We invested in Megvii 8 years ago, we helped it find early-stage partners including Ant Financial (editor: renamed as Ant Group) and Meitu that enable Megvii to collect facial data from them,” Lee, who was also an early co-founder of Microsoft Research Asia prior to becoming the head of Google China a decade ago, said at the event.

The confusion and concern surrounding Lee's remark escalated since Megvii is a known target of the US government's Export Administration Regulations (EAR), added to a list of entities subject to stringent export control last year.

Ant responded later that day denying that it had ever provided facial recognition data to Megvii.

The company, currently in the process of filing for a dual-IPO in Shanghai and Hong Kong, also denied Lee's participation in the aforementioned Megvii partnership. "Ant Group has never had any con­tact with Mr. Kai-Fu Lee regarding the partnership with Megvii," nor did it pro­vide any fa­cial recog­ni­tion data to Megvii, according to Ant's statement.

The fintech arm of Alibaba clarified that the nature of the partnership, which is no longer active, was limited to Megvii licensing its image recognition capabilities to itself and does not include any sharing or transmission of data.

Megvii also said that it did not gain control of nor proactively collect personal data from end users during such partnerships with clients. The company filed for IPO in Hong Kong back in August last year but has yet to go public facing mounting geopolitical pressure.

Lee's comment sparked public concern if the companies involved violated users' privacy through data sharing. He apologized in a subsequent statement posted on Chinese social media Weibo about an hour after Ant's response that the original statement was a "slip up" and added that the partnership he mentioned did not involve any sharing and transferring of user data.

Megvii's tie with Sinovation can be traced back to 2013 when the company secured 1 million  US dollars from Lee's fund for its series A. Ant came on board as an early stage investor of Megvii in 2014, subsequently raised its position in the company by leading a USD460 million series C.

Lee’s comment come at the sensitive time when Ant Group is expected soon to launch one of the largest IPO in history, with the potential of reaching $30 billion, topping the $29 billion raised last year by energy giant Saudi Aramco. It plans a first-of-its-kind dual listing on the Hong Kong Stock Exchange and Shanghai's Science and Technology Innovation Board, also known as the STAR Market (上海科创板).

Industry insiders agree that besides the fact that Megvii is on US Commerce Department's Entity List, Lee's comment will negatively impact Ant's long-expected IPO also because the company had dealt with backlash that many users doubted its capabilities of handling personal data in the past.

Alibaba's credit score system, managed by Ant and allowed participants from across the society to check on each other's scores, is also one of the hottest subjects in worldwide discussions surrounding digital surveillance.

The Cyberspace Administration of China asked Ant in 2018 to clarify to the public how it handled their information. Ant apologized right after the authority's enquiry and adjusted the default option that manage and share users' personal data without consent.

It is not first time that the comment of a major tech figure triggers public debate over data privacy.

In 2018, Robin Li, the CEO of Chinese search engine and AI giant Baidu infuriated China after saying Chinese people are willing to give up data privacy for convenience. Many posted on social media saying "we are not willing to," while others said Li's comment was disgraceful.