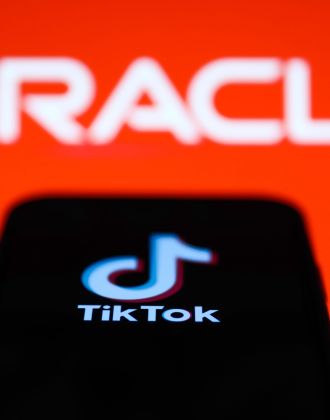 The way the TikTok-Oracle deal is reportedly structured is unconventional in the sense of a normal acquisition. It's more like a sort of partnership, in which TikTok can license its technologies to be run by Oracle, instead of giving its technological secrets and intellectual properties away.

ByteDance, the parent company of TikTok, has rejected Microsoft's offer to buy the short video app's US operation.

Microsoft's discussions were reportedly more advanced than any others', especially in ensuring that the company can meet US national security issues. "ByteDance let us know today they would not be selling TikTok’s US operations to Microsoft," the Redmond, WA-based tech giant said in a blog post released on Sunday night.

"We are confident our proposal would have been good for TikTok’s users, while protecting national security interests. To do this, we would have made significant changes to ensure the service met the highest standards for security, privacy, online safety, and combatting disinformation, and we made these principles clear in our August statement. We look forward to seeing how the service evolves in these important areas," read the post.

That leaves Oracle as the sole publicly known bidder remaining in the discussion. The Wall Street Journal and Bloomberg both reported that that Oracle would be the winning bidder, becoming TikTok's "trusted tech partner”. Both outlets reported that the way the deal is structured is unconventional in the sense of a normal acquisition. It's more like a sort of partnership, in which TikTok can license its technologies to be run by Oracle, instead of giving its technological secrets and intellectual properties away.

However, it is not yet clear whether this means Oracle will also obtain a majority stake in the app, New York Times reported, citing people familiar with the matter.

The Trump administration issued an order on August 6 ordering ByteDance within 45 days to sell TikTok or be banned.

The Trump administration was trying to force the sale of TikTok over concerns that its ownership poses a national security threat, even though the Chinese-owned short video app has emphasized that its top executives are Americans and its user data is stored domestically.

It is also reported that Walmart is still interested in making a TikTok investment alongside a consortium of investors led by Oracle.

Prior to this, President Donald Trump has publicly expressed his preference on Oracle. On August 19, a few days after the executive order was issued, the President said he would support Oracle's buying TikTok. In comments to reporters at an event, he called Oracle, whose co-founder Larry Ellison is a major donor to his campaign and hosted a fundraiser for him this year, a "great company".

According to The Wall Street Journal, Oracle has spent years building ties to the Trump administration. Safra Catz, the company's chief executive, was a member of Mr. Trump’s transition team.

For Microsoft, Trump held a different attitude, even saying that Microsoft needed to pay a commission to the US government for the acquisition of TikTok. "The US should receive a large percentage of that price because we are making the deal possible," revealed Trump. "[The money] would come from the sale, which no one is thinking about except me, but that is my way of thinking, and I think it is quite fair," said the president.

TikTok intends to bring a proposal to the White House ahead of a mid-September deadline imposed by Trump, Bloomberg reported, citing people familiar with the matter.

But since China recently revised its technology export rules, any proposal to acquire TikTok's US operation is still pending regulatory approval by the Chinese government. On August 28, the Ministry of Commerce and the Ministry of Science and Technology added a total of 23 items subject to export restrictions, including AI, algorithms, and other technologies considered sensitive by China. Therefore, ByteDance, the Beijing-headquartered tech unicorn, has to obtain permission from Chinese authorities before selling TikTok to an American company. It isn't immediately clear how the way the TikTok-Oracle deal is reportedly structured could mean in the context of this export restriction.

According to a Reuters report on Friday, the Chinese government opposes a forced sale of TikTok’s US operations and would prefer to see the short video app shut down in the US.

TikTok, the widely popular video-sharing app, has more than 100 million users in the US, however, pressure from the Trump administration is limiting its growth. In August TikTok's four major competitors have seized 44% of the US market share, thus reducing the share of TikTok by 20%, data from Sensor Tower shows.