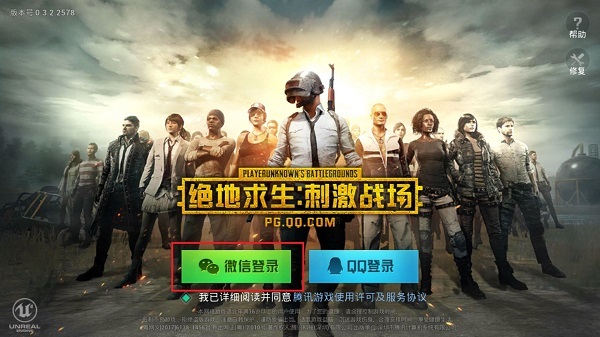 PUBG Corporation had to cut Tencent Games, who had been promoting PUBG Mobile heavily in India, off of a licensing deal in order to make the game available again.

Unlike the first two batches of bans on Chinese apps, India's most recent ban primarily targeted games developed or operated by Chinese companies. Among the latest batch of 118 games banned, PUBG Mobile, co-developed South Korea's Bluehole and Tencent's Lightspeed & Quantum Studios, was the most notable one to be banned in the country, marking the government's doubling down on decoupling India and China, a major foreign power and provider of popular products in the South Asian country.

Right after the PUBG Mobile ban was announced, loyal fans of the game rushing to social media websites like Twitter expressing anger and dismay could be exactly what worried Indian officials, and led them to make the decision to ban it in the first place: the new generation of young, tech-savvy people's emotional tie with apps made in China.

"The game became very popular among people of my generation. It was so addictive that I used to lost track of time," said Aashay Kolne, a 17-year gamer who is a bit disappointed by the ban, which took down one main and another lite version of the game in India.

PUBG Mobile, a battle royal shooting game, came to India in 2018 and quickly became one of the most popular mobile game titles across various age groups with more than 30 million daily active users. The title was launched on PC first by Bluehole and adapted into a mobile version on iOS and Android, after Tencent, the Chinese gaming giant, made strategic investments in the South Korean company. The mobile version is operated by Tencent Games through a license issued by PUBG Corporation, a Korean subsidiary of Bluehole.

Responding the ban, PUBG Corporation announced that it is no longer authorizing the mobile game's franchise to Tencent Games in India, and will instead "take on all publishing responsibilities in the country." Tencent Games also operates the game in China.

While Tencent's business composition was dealt a major blow, the ban also hurts a meaningfully large group of core gamers, especially professional players and live streamers making a living through the game. The game's popularity was able to cultivate an ecosystem of professional e-sports and entertainment businesses in India and throughout the world. Highly skilled gamers can earn a salary by joining e-sports teams, prizes by competing in tournaments, and a combination of brand partnerships, advertising, etc on YouTube and other streaming platforms.

Now, gamers whose entire YouTube or live stream presence were built around PUBG Mobile will be severely impacted are rushing to find alternatives and in some cases re-develop their skills in new games. To them, the ban is nothing less than a loss of livelihood.

Indian gamers have been anticipating a ban on PUBG Mobile for a while since the government first banned a list of 59 Chinese apps, including popular short video app TikTok, citing national security concerns.

Akshay Singh, a popular Indian streamer of shooting games, said that "ever since TikTok was banned, we had expected and prepared the worst results that PUBG could be the next target. But when the ban actually came, it is a huge blow for us. For amateurs, it is just a game, but for us, PUBG is a career. We will lose our competitiveness because the rest of the world will keep playing and improving their skill.”

Krishna Kumar, a professional gamer, doubted the reason and explanation that the Indian government gave for the PUBG Mobile Ban: "the game has been popular for years in the country. How does it suddenly become dangerous?"

Without showing proof, Commodore Shayam Kaushal, an retired officer at the Indian Navy, said that apps like PUBG Mobile are dangerous because "the Chinese can put any bug in the software. When you play games on your phone or on various sites, you send millions of messages to those sites and China can track where the messages are coming from, and that can cause harm to an individual and the nation as a whole."

In terms of revenue proportion by country, PUBG Mobile makes the most money from China, where it is ironically named Game for Peace to avoid the notion of conflict as much as possible. As of July, China accounted for 52% of PUBG Mobile's revenue, followed by the US and Japan with 14% and 5.6% respectively, while India, with 175 million downloads (24% of the global total), only accounted for 0.17%, according to data compiled by Sensor Tower.

While it is a consensus among industry insiders that Indian users barely pays in in-app purchases, major tech companies have never questioned the strategic importance of the emerging market, often referred to as "the next billion" for its 1.35 billion population that are increasingly going online through the democratization of mobile internet.

Tencent has been promoting PUBG Mobile in India heavily, with e-sports being one of, if not the most important channel. However, that effort is facing a major setback after the ban. GamingMonk, India's largest e-sports platform, said that it had to cancel about 700 PUBG Mobile-related events in August. The platform had over 30,000 PUBG Mobile gamers on a daily basis and each event's size could range from a few hundred to tens of thousands of gamers.

As tensions between India and China continue to escalate, technology and the internet industry has long been a central stage.

China's technology ecosystem has embedded into Indian society and the economy. Not only have Chinese tech companies been taking products and business models proven at home into India, as investors, these companies has rapidly increased their investments in India in recent years. But in the past few months, they are beginning to bear the brunt of the deteriorated bilateral relation between New Delhi and Beijing. According to data compiled by Refinitiv, the number of Indian funding deals made by Chinese investors fell from six in January to none in June.

In comparison, there were nine venture deals involving US investors in June. Most notably, US companies like Qualcomm, Intel, Google, Facebook, etc. have all jumped on the Jio bandwagon this year, pouring billions upon billions of dollars into the tech conglomerate led by Mukesh Ambani, India's richest man and a close ally of PM Narendra modi.