ByteDance Raises Bet on Domestic E-Commerce As US Ban Looms 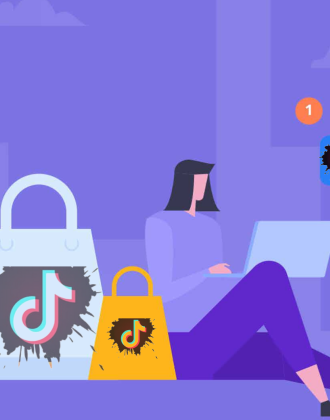 As TikTok's situation took a nosedive since July, accelerating the growth of e-commerce to make 200 billion yuan and make up for TikTok's potential losses has become a top priority for ByteDance. One problem though, according to sources, is that it isn't sure how to go about it.

Faced with turbulence overseas, ByteDacne, parent of TikTok, has set its sights on ramping up the domestic e-commerce business interwoven into its matrix of apps but mostly on Douyin, the Chinese equivalent of TikTok.

In June, the Beijing-headquartered company set up a major business line to manage e-commerce on its content platforms, including Douyin, Toutiao, Xigua Video, etc., marking the importance of e-commerce has been significantly upgraded.

People familiar with the effort told PingWest that ByteDance is aggressively hiring for local e-commerce teams in cities with developed manufacturing industries, such as Foshan, Hangzhou, and Nanjing, to sign more merchants onto its platform business scope.

These sources told PingWest that although the company had not taken e-commerce seriously before, as the demand for expanding its core business scopes was not that pressing. An example was TikTok, both the user and revenue of which was growing by leaps and bounds.

Previously, the company's e-commerce endeavors mainly relied on its partnership with Alibaba. In March 2018, Douyin enabled external links, allowing users to jump to Alibaba's marketplace Taobao and Tmall to make purchases on items featured in short videos and livestreams. By 2019, Taobao already had a 7 billion RMB deal with Douyin, of which 6 billion RMB was associated with advertising, and the rest as commissions for the latter's effort on bringing in traffic and orders.

But since TikTok's situation took a nosedive in July, and as the ultimatum of a US ban of any transaction with the company looming on the horizon, accelerating the growth of domestic e-commerce to make up for TikTok's potential loss on the global market has become a top priority for ByteDance.

Most notably, the company is no longer satisfied staying cozy with "frienemy" Alibaba, and instead wants to build a more self-reliant e-commerce existence. Douyin is shutting down direct links to third-party online websites like Alibaba's and JD.com in live streams on October 9, and planning on making "Douyin Stores" likely the only available option for sellers and advertisers, combined with policies designed to lower onboarding frictions, such as reduced commission.

The move is bound to make waves in the deep water of marketing, advertising, manufacture, etc. beneath the e-commerce surface, particularly because the change is scheduled to happen mere weeks before November 11, China's most prominent online shopping festival for the year, and that Douyin has arguably been the most important mobile traffic gateway these days. To a great extent, e-commerce and live-streaming have condensed into a symbiotic relationship in China, with big shot influencers reportedly making hundreds of millions of RMB in sales in a day.

A sizable number of sellers had joined Douyin Store due to the tremendous amount of traffic generated, according to one person, "but the most imperative problem is that the parent company still does not know how to precisely run the e-commerce business."

"For example, Pinduoduo first won the heart of consumers in the underserved rural regions, and then further expanded its presence in higher-tier cities, while JD.com succeeded by relying on the high-quality self-fulfilled business model," the person explained, adding that while these are not multiple choices with only one right answer, the issue is ByteDance "only knows that it needs to vigorously advance in the e-commerce sector."

The business-wise indecisiveness translates to ambiguous performance evaluation standards for some employees, who told PingWest that while they were told to be evaluated on how much ads can they sell, both ad sales and the gross merchandise value of the sellers they signed are included as indicators.

Nonetheless, ByteDance is moving forward. Through last week's acquisition of Wuhan Hezhong Yibao Technology Co., a payment solution provider with the payment processing license ByteDance sought after, the internet giant is another step closer to closing the e-commerce loop. These licenses are hard to come by due to strict regulations from the central bank. Alas, even if ByteDance's rolls out its own payment solution in time — preferably by the time of the annual online shopping festival — challenging Alibaba's Alipay and Tencent's WeChat Pay will still prove to be a tough job.

Chinese tech news outlet LatePost had previously reported that the initial goal of ByteDance's e-commerce business is to reach a total transaction volume of 200 billion yuan by the end of this year — a bold target that roughly equates to the gross sales of 2,000 livestream sessions from the handful of tier-one influencers in China.