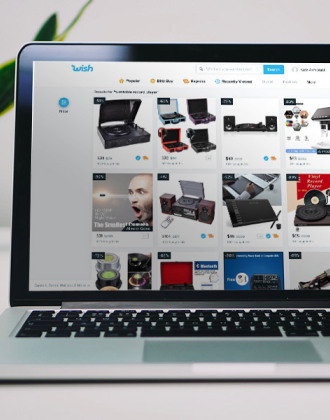 The company could be caught up by trade conflicts, postal service disruptions, and allegations against China for IP theft.

While a lot of traditional industries such as food service, hotel and tourism were hit heavily by COVID-19, there are still a handful of sectors booming during the pandemic, for example, e-commerce. Cross-border e-commerce sector saw a surge amid the COVID-19 as well, thanks to the world’s factory China’s containment of the COVID-19 and its firms’ production resumption.

Wish, a transnational e-commerce platform co-founded by Piotr Szulczewski and Danny Zhang, has filed for an initial public offering. It did not disclose information such as how many shares it is offering and at what price. The confidential submission allows the company to not disclose the actual prospectus until 15 days prior to its planned road show.

Founded in 2010 in San Francisco, the e-commerce app sells a wide range of goods that are mostly directly from manufacturers in China, Indonesia, and other Southeast Asia countries, to US consumers at extremely discounted prices, such as a watch for less than $1, or a digital camera for no more than $20. The company does not stock merchandise nor does it manage returns, further reducing the prices. It utilizes recommendation algorithms heavily to personalize a list of items users may want to make purchases on, rather than acting as a general e-commerce website that displays a search bar at a prominent location on the website.

Facebook, where Wish spent massive advertising dollars, brought most of the shopping site's early users. Wish saw its monthly active users topped had 90 million by March this year, and fans of its official Facebook page reached 39 million so far.

Wish began with a tool for shoppers to create their wish list, hence the namesake, and developed a business by working behind the scene to match supply and demand, reaching out to wholesalers who can meet the demand at discounted prices and are looking to expand international sales channel, and charge them a commission.

Over the past several years since foundation, Wish took advantage of the low shipping cost of USPS' ePacket service, which offer e-commerce merchants in more than 40 countries a suite of shipping solutions. All around efforts of reducing end cost for consumers contributed to the company's immense growth as US experience economic downturn and consumers, especially in less affluent regions such as the Midwest, are becoming more cost-conscious than ever. Wish has now grown to become a rival not to be underestimated by the ranks of Amazon and Walmart.

However, since the company is heavily dependent on Chinese suppliers, the escalating US-China tensions, particularly the trade disputes that have been going on for years, is posing significant challenges. The two countries signed the Phase One deal on January 15, in which China committed to increase purchases of American farm and energy products and to reduce tariffs on about $120 billion worth of imports. But as the COVID-19 pandemic is spreading across the United States, disrupting the economy.

USPS, the nationwide service disruption of which had been put in the spotlight of America's proposed mail-in voting plan, could further hinder Wish's growth. Besides that, Wish was also bombarded by many for selling counterfeit products, an accusation it can't effectively refute since many of the popular items it sold throughout the years, such as AirPods-like wireless headphones, and iPad-like tablet computers, aren't exactly original to begin with. That, coincided with the Trump administration's allegations that China has been a major risk of intellectual property theft, could raise questions for Wish's planned IPO.

In an effort to branch out and mitigate domestic risks, Wish said last year that it was seeking new consumer markets such as Mexico, Argentina, and Chile, South Africa and Nigeria. Besides, the e-commerce site is also looking to partner with local suppliers to avoid being caught in too deep by the trade disputes between the two most powerful nations in the world.