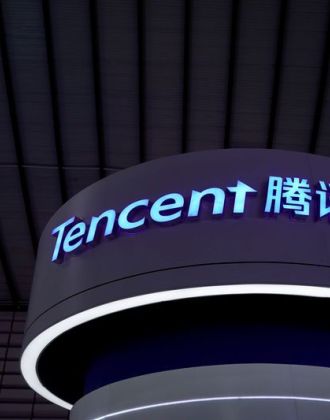 Tencent does not make console game itself, despite being a key player through investments. With the launch of its own, and acquisitions of console studios, as well as major collaborations, that may be about to change.

Chinese social and gaming giant Tencent has been on a buying spree for shares in gaming companies like Epic Games, Activision Blizzard, and Bluehole in the past, becoming the only video game company that has ownership throughout the global gaming value chain, according to Michael Norris, Research and Strategy lead at AgencyChina.

With those stakes, Tencent was able to adapt or migrate some world-leading gaming IPs in gaming into mobile versions for the Chinese market. Honor of King, was adapted from PC game League of Legends by Riot Games, while Tencent also operates PUBG Mobile and Call of Duty: Mobile in China, both adapted from their full PC/console versions.

But other than that, Tencent's expansive grasp on the global gaming market is way less visible to the global audience. It rarely steps into portfolio companies' operations, and is not much more than a regular investor in these companies, according to Tencent and multiple industry insiders.

Another side of this, is that Tencent does not make console game itself, despite being a key player through investments.

With the launch of its own, and acquisitions of console game studios, as well as major collaborations with other gaming giants, that may be about to change.

In an announcement to investors, Hong Kong-listed Leyou Technologies last week confirmed that it is in exclusive talks with Tencent about being acquired. The two companies have so far agreed to terms on a three-month exclusive window for talks about Tencent taking Leyou private.

The company owns multiple console game studios, including Gears of War developer Splash Damage, and Warframe developer Digital Extremes, has obtained license to develop an online version of Civilization, and is in a partnership with Amazon Game Studios to launch a Lord of the Ring-based online multiplayer game.

"Tencent continues its global expansion efforts with acquisitions of studios that augment the company’s exposure in multiple platforms including PC, mobile and console development for China and for global markets," said Daniel Ahmad, analyst at Niko Partners, "Leyou owns a number of studios that have expertise in global online free-to-play game development for console and PC, an area that Tencent is actively exploring as it expands overseas."

Tencent had already tested water in console gaming, with a very unlikely partner — Nintendo. The renowned Japanese company collaborated with Tencent in 2019, and recently finally launched the much anticipated officially licensed Switch console in China.

The initial launch title lineup is unconvincing to be honest, with a number of major titles such as Animal Crossing: New Horizons and The Legend of Zelda: Breath of the Wild missing, likely due to censorship hassles. But for a meaningfully large portion of Chinese console players, some is better than none.

But the collaboration doesn't stop there. Tencent had expressed interest in developing a console game for the North American and European market with the help of Nintendo. A Tencent spokesperson said that "We hope to create console games with Nintendo characters, and learn the experience of making console games from Nintendo engineers."

The first fruit of the extended collaboration is Pokémon Unite, a new cross-platform Pokemon-themed MOBA game that some hardcore fans jokingly referred to as "Honor of Pokémon", for adopting the 5 vs 5 MOBA mechanism of Honor of Kings. The game is going to be on both Nintendo Switch and mobile operating systems.

Besides the efforts by its strategic investment and partnership departments, Tencent is also finally giving it a go at creating console titles itself. The last few months has seen Tencent made crucial steps towards developing its own high-budget games, known as AAA titles in the industry.

In May, Tencent hired former Ubisoft game director Scott Warner to lead its North American studios. These studios will be flying the banner of TiMi Studio Group (天美工作室群), a group of studios under Tencent's Interactive Entertainment Group (IEG) that originally developed the Honor of Kings and made it a nationwide sensation in China.

Most recently in July, the developer of PUBG Mobile and another key gaming powerhouse of Tencent, the Lightspeed & Quantum Studio Group (光子工作室群), announced LightSpeed LA, a dedicated studio for developing major titles to be located in California. That studio will be led by studio head and executive producer Steve martin, who was a key person in the development of Rockstar Game's Grand Theft Auto V and Red Dead Redemption 2, according to a report by GameSpot.

There is no definitive information yet as to when will people see the fruition of these efforts, as AAA titles often take multiple years and hundreds of millions of dollars to produce, even for established studios and publishers. But Tencent has money, and it has waited long enough for the entire industry to have entered a creative stagnation, retrofitting every title with the similar open-world action role-playing concepts with added microtransactions. It would be interesting to see how Tencent tackles this stagnation.