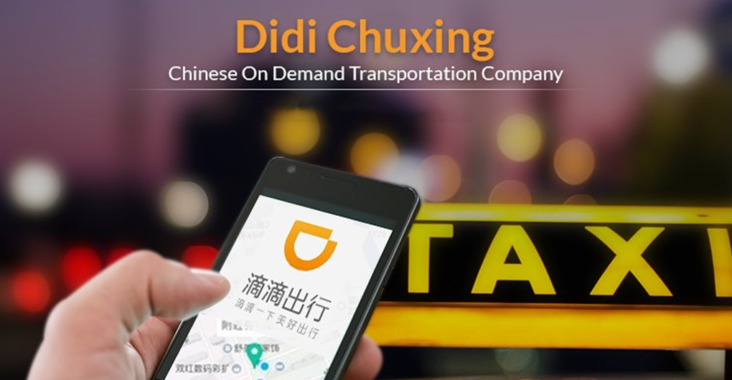 Combined with the new freight service, the Chinese ride-hailing giant wants 800 million people to use its services monthly, and complete 100 million orders daily by 2022.

Update: Didi said on June 16 that the new freight service will become available in Chengdu and Hangzhou on June 23, and that it has signed on and are training more than 20,000 drivers.

With the passenger ride-hailing market saturating, Chinese rideshare giant Didi now ventures into the moving service sector in an attempt to expand its business scope.

Didi will probably not move your entire apartment, though. The company announced on May 18 that it is recruiting drivers for small and medium-sized vans that would provide intracity freight services in Hangzhou and Chengdu, two of southern China's most populous cities. It's sort of like U-Haul in the United States but instead professional drivers would be taking control of the vehicle and helping users with loading cargo.

Didi has been accelerating product iteration and business expansion since the beginning of this year, establishing a new user growth department in April. Founder and CEO Cheng Wei said the firm aims to obtain 800 million monthly active users globally and complete 100 million orders that include passenger rideshare, shared bikes, food delivery, and the new freight service, etc., per day by 2022.

As a Didi's core business, the ride-hailing service has been hindered by the impact of the Covid-19 pandemic. Although Jean Liu, President of Didi, told CNBC that before the pandemic outbreak, the core business had achieved profitability in China, some analysts believed that the cash-burning company might have actually benefitted from massive layoffs and reduced operating expenses in 2019. After all, Liu didn't give specific figures or disclose which measure of profitability she was referring to.

Beyond China, the company operates in eight overseas markets across South America, Australia, and Japan. However, as the coronavirus pandemic rages worldwide, many countries have carried out travel restrictions and shelter-in orders as much as possible to contain the spread, causing the rideshare industry to suffer a heavy blow and become quite vulnerable.

In the post-epidemic era, it will take longer for the ride-hailing market to reach a comprehensive recovery. Didi's full-year performance is likely going to suffer more compared to last year. Another executive of Didi, its COO for international business development Tony Qiu, admitted that overseas markets might see a "double-digit" decline in the short term.

Other rideshare companies have also been focusing more on non-core businesses, such as Uber Eats and is parent company's proposed acquisition of food delivery platform Grubhub.

Despite international trade turmoils, volume of intracity freights in China has continued to rise in recent years, while the supply-demand matching is still weak, leaving room for technically advanced companies with experience in transportation to operate in, according to data analytical company Fastdata.

As of 2019, the platform had more than 30 million rideshare drivers across China, and those who already have business driving licenses can apply to participate in the new freight service.

Two major problems in the sector that could potentially be improved upon with the entry of Didi is that customers often complain about inadequate service quality and bullish drivers, as the previously mentioned platforms and other smaller players often do not have tight control over enlisted drivers.

Some van drivers said they are delighted to see Didi's foot in the business given that the company is used to subsidizing drivers and users handsomely. "In this way, we can get more subsidies. Just like during the furious price war between Didi and Uber in China. after subsidies, our income was quite considerable," one Didi driver posted on social network Weibo.