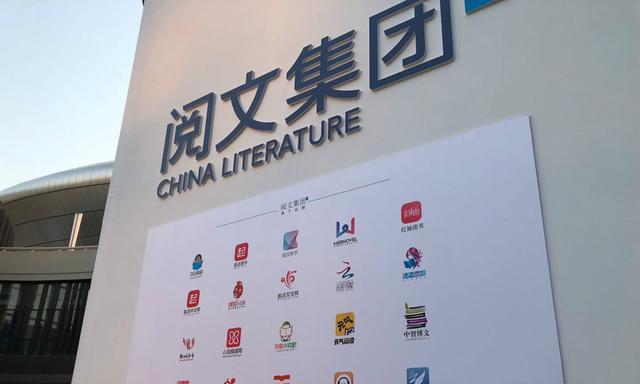 In a bid to fend off competition, Tencent took over China Literature, China's largest online reading company, and frustrated many signed authors with what some described as overlord clauses.

Thousands of authors who signed with China Literature, an online publishing company, stopped updating their works on May 5 in a protest against the company’s recently revamped contracts that allegedly infringed their intellectual property rights.

China Literature, which runs a slew of China's most well-known and used online literature websites including Qidian and Chuangshi, recently went through an executive reshuffle that resulted in Tencent, its main backer, taking over the leadership, and its founding teams, including co-CEOs Wu Wenhui and Liang Xiaodong, leaving the company.

The controversy revolves around the company's new business model proposed in last year, which removed paywall on all content across its sites, and relies on advertisement as a major revenue source. According to the authors, the business model will greatly affect their income, which primarily came from subscription fees and rewards from their readers.

Additionally, some authors accused China Literature for intending to incorporate overlord clauses that essentially make authors slaves of the platforms, by taking away their copyright, not distributing any new revenue generated from licensing what's originally their IP, and requiring them to update certain word counts per month.

A strike, named "No Updating Day"（断更节）, was organized on May 5, receiving the support of thousands of authors on China Literature's platforms. Hundreds of thousands of posts were sent with the hashtag, generating more than 100 million views in total on Weibo, China's main social network.

Xiao Xuenan, an author on one of China Literature's platforms, told PingWest that while the company has been successful in turning famous works by its authors into blockbuster movies and video games, it has traditionally excluded authors themselves from the lucrative deals.

"The platforms use new advertising-based model as a disguise so that they can easily and legally steal our IP," said Xiao.

China Literature is China’s largest online publishing and e-book website that has seen its stock price skyrocketed nearly 90 percent since its debut on the Hong Kong Stock Exchange in 2017, resulting in the most lucrative IPO in China's online publishing sector.

The platform also has established its reputation and presence in the overseas market after signing multiple deals with international publishers to promote Chinese culture, including a deal with Boston-based Trajectory.

The company consolidated power in online publishing after receiving strategic investments from Tencent, China's most powerful internet company in entertainment sectors, and consequently merging with Tencent's own online publishing subsidiaries.

In a power move widely regarded as a Tencent takeover, China Literature's senior management team, consisting mostly of founding members, resigned from their posts and were replaced by a team from the internet conglomerate. "Tencent is definitely watching what ByteDance is doing with online literature, and subscription-based model is no longer a profitable business. So it is logical that Tencent made key changes to senior management team at China Literature," Sun Zheng, an analyst at Guotai Junan Securities told PingWest.

When starting out in the online novel business, authors are usually to file one or two pilot chapters without payment to test the water. If all goes smoothly, they will sign contracts with online publishing platforms like the ones that China Literature owns, when their titles have acquired sizable followers. Revenue generated by readers paying for new chapters is shared between the authors and platforms. Authors of popular fictions have millions of followers, as their works are adapted into movies, TV series, animations and games.

However things will be different for signed authors at China Literature, many of whom worry that their creations will be sold to Tencent after the executive reshuffle.

China Literature reported that it has over 8 million registered authors, with the vast majority of which receiving mere 1,000-2,000 of RMB each month for writing over 4,000 words a day for 30 days straight.

However, only about 428 authors among the 8 million are known as "platinum authors", who get more negotiating rights with the platforms for whose work being significantly more influential.

Chinese users clocked 330 million hours of online reading during February, when the confirmed case of Covid-19 pandemic reached its peak, according to report issued by China Audio-Video and Digital Publishing Association (CADPA).

Additionally, CADPA’s survey of 91,647 online readers showed that a daily average of 133 million mobile devices logged on to reading apps, compared to 120 million during the same period last year.

“Online novel readers can find comfort in a literary world that take them away from reality. Stay-at-home arrangements have given them more opportunities to read, reading is a kind of emotional vaccine that help them fight the virus,” a professional fiction writer who would like his name omitted, told PingWest.

The writer, who signed a contract with ByteDance's Tomato Novel, China Literature's rival, thinks that online literature in China faces immediate threats from free reading apps in the longer term.

To quickly adapt to rapidly changing business environment in China, many platforms has changed its business model from subscription-based to free content and ad-based model. ByteDance, for example, has also made most of the novels on its popular news aggregator Toutiao free to access.

As a part of an earlier corporate restructure, ByteDance announced to ramp up its online literature business by integrating all the novels published on Toutiao app into Tomato Novel, its own e-reading app.

ByteDance recently launched a marketing campaign on World Book Day and had authors themselves doing live streams on Douyin, the Chinese sister app to TikTok, to promote their works and discuss story ideas with viewers. The campaign was well received among authors and readers, despite the reading app has the same free and ad-supported business model with China Literature.