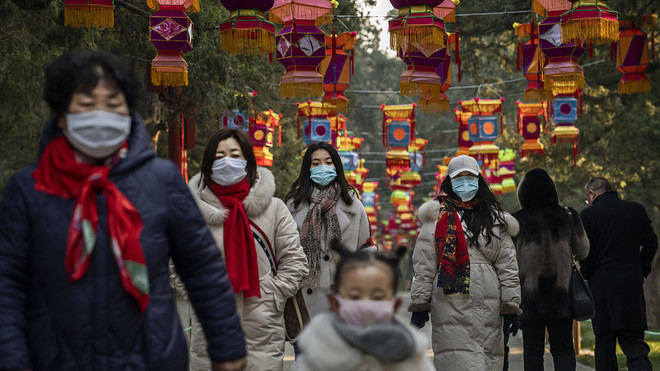 Online retailers in cashed in on International Women’s day as sales volume significant bounced back after the Covid-19 pandemic bids farewell to China. Industry insiders have long been suggesting that a wave of compensatory consumption may be observed once the pandemic caused by SARS-CoV-2 is over with and people finally allowed the freedom they lost during the mandatory quarantine period.

"The consumption restrained by the pandemic will show 'retaliatory' growth in a certain period of time, driving the economic recovery." said Fu Yifu, senior analyst at Suning Financial Research Institute.

"The pandemic has caused many business to cease operation that restrained consumption for months," said Chen Bo, a professor at the Central University of Finance and Economics, "China will see a rise in compensatory consumption in the near future and online shopping will be a major driver of China’s consumption in the first half of the year."

According to data compiled by Alibaba’s online B2C online marketplace Tmall, more than 20,000 brands have seen its total sales on this year’s International Women’s day surged over 100% compared to the same period of last year.

Although people could still shop online, nation-wide lockdowns significantly reduced delivery capabilities, which in turn suppressed people's purchasing behavior. The domino effect of the coronavirus is serious. Well-known brands like LMVH and Apple has seen a sharp decrease in customers as their offline retail stores ceased operation during the outbreak, while other brands remained open but shortened their business hours.

"The pandemic has compelled shopping fanatics to stay at home for weeks. Now they are desperate to hang out and buy stuff. E-commerce will see a rise in retaliatory consumption in upcoming months," a representative of beauty brands who wants her name omitted told PingWest.

For Chinese e-commerce platform, they have been well prepared for the compensatory consumption after the impact of coronavirus outbreak gradually narrowed down. To unleash the consumption potential, Alibaba has provided USD 1 billion in spending subsidies, in forms of coupons and discounts to get consumers, especially females, to spend more on the International Women's Day.

After being mostly cooped up at home for weeks, Zhang Yan, a college student said in a discussion topic on Weibo that her consumption behavior has returned to normal after services and facilities are back on track, "I spent less and only purchased masks and disinfectants online during the outbreak. Now it feels like everything has gone back to normal. As most online and logistic services commence operation, I can get my order on time."

The total transaction volumes for fast-moving consumer goods (FMCG) during the Tmall’s International Women's Day sales even exceeded that of the platform's "Double 11" shopping festival last year, said Gu Mai, vice president of Alibaba’s group. For example, brands such as Lancôme and Estée Lauder have seen their sales boomed, this trend can be explained by the fact that a lot of their offline sales shifted to online sales.

Local online-focused brands like Three Squirrels, a snack maker, performed even better during the outbreak period than it did during last year’s Double 11 because people eat snacks as a way to relieve stress during the quarantine period.

A Bain & Company report predicts a post-epidemic consumption recovery that would largely follow patterns similar to the 2003 SARS outbreak. Spending on food and other necessities saw a quick return to normal while demand for FMCG such as cosmetic, clothes surged beyond pre-epidemic levels.

According to local media reports, shoppers rushed into Apple’s stores on two main shopping streets in Shanghai, while IKEA, which opened three of its Beijing stores on International Women's Day, saw high visitor traffic queuing up as it implemented new public distancing rules that allow only four people to enter the store at the same time.

As the Covid-19 effect continues, brands are looking for digital solutions to offset revenue loss caused by the pandemic, including e-commerce and live-streaming channels. Luxurious brand Prada joined Tmall during the outbreak, while Belgium brand Delavux launched on JD.com, it’s first e-commerce channel in China. French brand Lanvin also joined forces with the luxury e-commerce platform Secoo, live-streaming its Fall/Winter 2020 runway show in a see now, buy now strategy. Those are some of the brands that have traditionally been conservative about going online, only to realize the potential of and embrace e-commerce platforms during a pandemic like the Covid-19.

Chinese official has announced that Labor Day holiday will be extended from three days to five. Some experts said online shopping and domestic travel will dominate holiday consumption amid post-pandemic effect.