Some Technologists Think Blockchain Can Help Fight the Coronavirus Outbreak 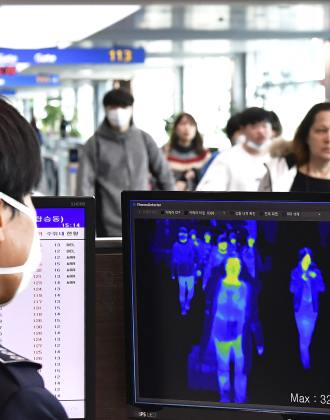 In the prevention and control of the new coronavirus, although the blockchain comes late, its potential should not be underestimated.

The rapidly spreading coronavirus has exposed many social problems in China. Among them, the Hubei Province's local Red Cross Society, which is not your average charitable organization but actually a government-affiliated body, has once again been put on the cusp of public criticism.

The Hubei and its subordinate Wuhan Red Cross Society are accused of, with abundant evidence, mishandling the outpouring amount of protective gear and other medical supply that the entire China and kind people around the world has donated to help equip the local medical workers. Donations designated to several certain hospitals in dire need of those equipment were found transferred to other hospitals which aren't even taking in pneumonia patients. The organization was also found to be seizing supplies and secretly giving medical-grade face masks to government workers when doctors and nurses in hospitals had to make improvised protective gear themselves.

Also, the organization had also raised billions of yuan in donations but had not disclosed how the funds would be used and distributed.

The local Red Cross Society's scandal is also another clear sign that when emergencies like the coronavirus outbreak hit China, the lack of transparency and accountability is a big hurdle to quick and efficient relief.

With the distributed, decentralized, and public digital ledger feature, some technologists say that people should turn to blockchain technology for an alternative solution to facilitate charitable contributions, enabling the public to oversee the entire process of donation management. It can reduce costs and improve accountability by eliminating or reducing the role of intermediaries, making the donation more effective, more transparent, and easier to track.

China Xiong'an Group Co., Ltd., a wholly state-owned enterprise funded by the Hebei Provincial Government, recently launched a traceable donation management platform based on blockchain. Demands from hospitals lacking supplies have been posted on the platform and verified with blockchain. Similarly, remittance certificates, details of the donated supplies, updates of the logistics, etc. have been released on the platform. It's available for everyone to follow up on the status of donations.

Due to the way the blockchain technology works, no one, including the initiator of the platform, can tamper with the data on the platform. While ensuring the right of the public to supervise the platform, the transparency and credibility of the charitable projects can be improved.

In the meantime, Ant Financial, the fintech arm of e-commerce giant Alibaba, lately also launched a blockchain-based platform for raising medical supplies, and the Zhejiang Provincial government has listed its first batch of most-needed supplies. All donation procedures from donor to receiver, including demand confirmation, warehousing, delivery, and receiving, are recorded and open to public on the platform.

After the Red Cross Society's scandal, many people no longer trust the official channels but donated through NGOs, which has created a series of trust issues of their own: Online donation information needs to be fact-checked. Therefore, NGOs still need a trusted coordination platform.

An expert engaged in the blockchain industry who wants to his name omitted for privacy told PingWest that due to the lack of adequate surveillance, the shortcomings of those official institutions were exposed directly amid the virus outbreak. As a way to build a trusted ecosystem, blockchain shows great potential in pushing forward the development of philanthropy and emergency mechanisms. Compared with issuing cryptocurrencies, these actual demands will drive the blockchain technology to take root, he added.

With the number of confirmed coronavirus-infected patients exploding in Wuhan and Hubei Province, the amounts of available beds in designated hospitals are incredibly insufficient. Family members of the patient find themselves having to visit the hospital multiple times, sometimes multiple hospitals, to get a bed for the patient, which also increases the risk of family members being exposed.

And that's another problem Blockchain may be used to solve. For example, the bed availability can be recorded and regularly updated on a blockchain-based platform, on which the designated hospitals have read and write privilege. A queuing mechanism can also be established to automatically assign available beds to patients in need.

In this way, the dynamic information of beds in all hospitals is integrated into one platform, which not only gives the authorities a better picture of the situation, but also can efficiently guide patients to seek care, avoids being exposed to unnecessary risks.

One such platform, an epidemic response and statistic system has been built jointly by Youe Data (优易数据), University of Electronic Science and Technology of China, and Wuhan University. By collecting countermeasure information, public opinion and patient data from all levels of government and Health Commission, it helps provide relevant data and technical support for various epidemic prevention decisions and deployments of governments and universities.

"In my observation, the blockchain has not been fully applied in this public health crisis, and it has lagged behind the spread of the virus," said the blockchain expert. The technology is still in the infrastructure construction stage, and the public acceptance rate remains relatively low. "Blockchain technology goes far beyond issuing cryptocurrencies, I look forward to seeing it play a more proactive role in the future," he said.