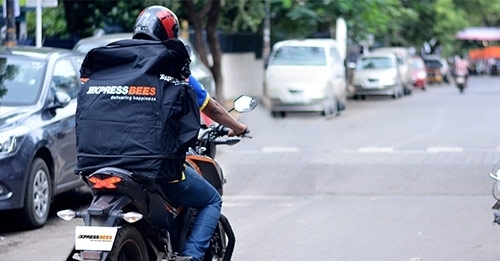 As a backbone of the e-commerce sector, logistics still faces plenty of challenges in India.

December 26, 2019, Alibaba, the Chinese e-commerce giant, reinvested in XpressBees, an India-based logistics startup, with $ 10 million, according to Deal Street Asia, a news portal.

Previously, the startup, which was spun off as a separate unit from Softbank-backed baby and mother care retailer FirstCry, had received an investment of $ 35 million from the Chinese behemoth in December 2017.

The logistics company's services include first and last-mile delivery and reverse logistics with facilities, such as real-time tracking, multiple payment collection, and processing options.

At present, XpressBees provides logistics services to multiple e-tailers in India, including Paytm Mall, Flipkart, Snapdeal and Reliance. It claims to deliver to more than 10,000 pin codes with 53 hubs and more than 1,300 service centers. The startup's service is available in more than 1,155 cities across the country.

To date, Alibaba has built an iron triangle in India by investing in three hottest sectors—in the digital payments sector, it invested in Paytm; in the e-commerce field, it supports Paytm Mall; in terms of logistics, now it has XpressBees.

It is said that Alibaba was looking to invest in the Indian logistics segment since June 2016 and was eyeing both Delhivery and XpressBess for investment. Finally, XpressBees won the giant's heart.

Instead of investing in local startups, Amazon, the arch-rival of Alibaba, adopts different approaches in the emerging market. Following its expansion principle, the U.S. tech giant has established self-managed warehouses and self-managed logistics.

Currently, it owns 62 warehouse centers in India and provides next-day delivery services in 30 cities. In addition, Amazon Transportation Services (ATS), the captive logistics arm of Amazon India, has created a network of 225 hubs run by delivery-service partners to run the last-mile delivery hubs in metros and tier-2 and tier-3 cities and manage the peak loads.

Over the past five years, India's e-commerce has been on a fast track. Along with its sprawling success, online shopping has also considerably promoted the prospects of the logistics sector. It is expected that by 2020-21, the value of the Indian logistics industry will reach $ 215 billion, with a compound annual growth rate (CAGR) of 10%.

However, as a backbone of the growth story of online shopping, logistics still faces plenty of challenges in the South Asian country.

The Indian government is also rapidly improving its road network and implementing regulations to help ease procedures of freight flow across state borders. A critical reform was the Goods and Services Tax (GST) that removed complex state and central taxation layers and replaced them with a single tax structure, quickening freight movement, while also making it more seamless.

Thanks to the active evolution of e-commerce, changes in the tax system, and improvement of infrastructure, the logistics industry is accelerating.

As large companies like Alibaba and Amazon continue to bet on the Indian market, ample capital and investment will be pooled here to facilitate the construction of logistics and infrastructure. The entry of those experienced foreign players will bring a positive impact on the logistics industry.