No Game for Minors After 10PM in China: New Rule 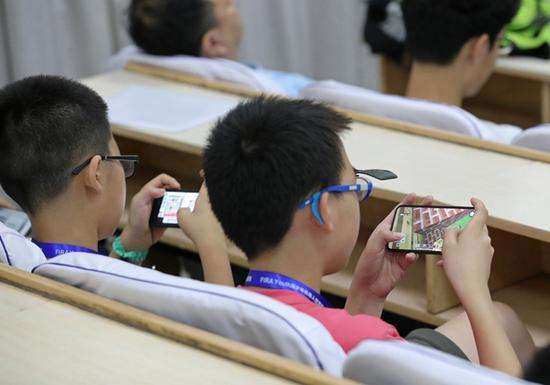 The order, published by the National Radio and Television Administration (formerly known as the State Administration of Press, Publication, Radio, Film and Television, China's regulator of nearly all forms of publications after a 2018 revamp) ruled that there should be no gaming services provided to minors between 10PM and 8AM.

The NRTA said that these regulations are designed to fight against the addiction to games among minors in China for that it has negatively impacted their daily lives, both physically and mentally.

Despite having a health and lucrative e-sport industry, the government in China, unlike its East Asian neighbor South Korea, have long been categorizing young people's craving for video games as an addiction or a plague, and authorities have been combating it for years now.

Back in 2017, Honor of Kings, a hit mobile game published by Chinese internet titan Tencent that mimics the popular League of Legends, was described as being "poisonous drug" by the People's Daily, China's most prestigious state-run newspaper.

In 2018, China's President Xi called for national attention on the ocular health of teenagers. Regulators soon moved in with different plans tackling the issue. The NRTA, which is in charge of licensing, stopped issuing licenses to gaming companies in this March, causing massive delays to the release of titles made in China. The issuance later resumed.

The country's earliest anti-gaming wave dated back at least ten years ago, when the popular massive online game World of Warcraft, made by Blizzard Entertainment was gaining popularity in China, and was non-governmental for a long time.

Yang Yongxin, a psychiatrist nicknamed "Professor Yang" for his work in the truncation of "internet addiction" despite having no more than a bachelor's degree, started operating a rehabilitation camp as early as 2007 that involved electrocuting underage patients with high voltage, causing them severe trauma and eventually hospitalized a few. Yang was never prosecuted.

The NRTA's plan to tackle the issue of the decade seemed way less harming than Yang's work.

Besides no gaming after 10PM and before 8AM, the order also significantly reduces the time a minor can play games to 3 hours a day on national holidays and 1.5 hour at other times, as well as putting a cap on micro-transactions by underage players.

The regulator is also working with China's Ministry of Public Security to build a unified identification system for the gaming industry so companies can more efficiently verify minors and enforce the policies.

Prior to this, major game publishers in China have already imposed their own versions of restrictions on minors. Tencent built a guardian platform to help parents monitor their childrens' screen time. NetEase launched its own anti-addiction system for underage gamers, banning them from logging in during the night.

"The latest regulation has less impact on major game publishers, since most of the game's revenue is not contributed by minors," Wang, a senior game developer who wishes to remain anonymous, said.

"The policy seems to be stringent, but loopholes still exist. Some children may use the identity of their parents to trick the system. Only when each game is required face recognition, is it really works," he added.