On the Road to ‘Independent Innovation’, Huawei’s Harmony OS Aims to Differ 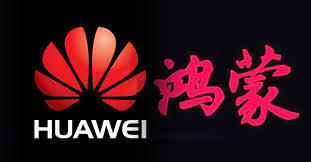 With YunOS and Redcore’s failure as reference, Harmony OS has got to do better to prove itself that it is original.

On Aug 30, Huawei’s Harmony OS and Ark compiler are finally available on GitHub. They were expected to replace Android when necessary, which is open sourced but led by and very much in the hands of Google, and power Huawei’s future devices, including smartphones, TVs, wearables and IoT devices, and was officially launched on Huawei Developer Conference 2019 this month.

Yu Chengdong, CEO of Huawei’s Consumer Business Group introduced Harmony OS as a microkernel-based, distributed OS that can apply to all Huawei devices across many scenarios.

The release of the homegrown operating system has been a meaningful strategy for Huawei, as the company has been blocked by the U.S. Department of Commerce from purchasing US components and parts to manufacture new products since May 2019. Google and other U.S.-based and international tech giants, such as ARM, had to very briefly cut business ties with Huawei.

Despite two three-month reprieves were already granted by the Commerce Department, allowing Huawei to purchase from American suppliers until November, the future still looks bleak for the company.

In fact, Harmony is not the first so-called “independently developed” OS from a Chinese company that was designed to reduce dependency on and, in theory, eventually challenge Android . That would be Alibaba’s YunOS, which was released in 2011.

Generally speaking, Chinese technology companies have been fascinated by the idea of “independent innovation” (自主创新), as was encouraged by the central government almost ten years ago as a national strategy, and have been rushing to develop technology that qualifies. But for most of the times, they were eventually found out to be merely copycats in better disguises. Other well-known “independent innovations” include the notorious Redcore browser, which is still being used by many state-affiliated organizations.

Alibaba’s YunOS was built on an open source Linux kernel and is based on the Android Open Source Project, commonly referred to as the AOSP. It also incorporated its own virtual machine and was one of the early cloud-centric operating systems, that brings features like cloud storage to supporting mobile devices.

But in essence, YunOS was a reskinned Android, only several layers deeper into the technology stack than other known variants, such as Huawei’s EMUI, Xiaomi’s MIUI, and Samsung’s One UI (formerly TouchWiz)-so much for the so-called “independent innovation”.

YunOS made its debut with the K-Touch W700 smartphone, and later got into a few smartphones made by Meizu, Doov, Newsmy, and a dozen more Chinese brands. These YunOS smartphones were largely Android-compatible, meaning that they can run some common Android apps, with the exception of the core google apps, such as the Play Store, Gmail, Chrome and Search. This was due to Google’s forceful exclusion of these companies from its Open Handset Alliance.

In the end, YunOS could not have created a meaningful ecosystem since the small shipment did not attract a large amount of users. Third-party developers was not willing to go on board.

Kai-Lung Hui, Associate Dean of the School of Business and Management at the Hong Kong University of Science and Technology said that “What makes smartphones valuable are not high-end features, but apps on the phones, which have much to do with operating systems,” adding that “There have to be people willing to develop apps for a certain OS, but it’s quite difficult,” in an interview with BBC Chinese.

In contrast, Huawei enjoyed a growing Android smartphone shipment during the past few years. It overtook Apple and became the world’s second largest smartphone vendor, according to Canalys.

The other example, Redcore browser, was more of a joke. It said it is “China’s first fully independently built” browser, and claimed to have broken the American monopoly, causing a stir in Chinese tech industry soon after launching in August, 2018.

PingWest’s Chinese site quickly discovered that Redcore was using Chrome’s Blink engine, instead of “100% self-developed” as proclaimed by the developer. Our report concluded that Redcore was ripping off Google’s Chromium open source project. Its installer even contains the same files and logos, commonly found in Chrome and Chromium installers.

With YunOS and Redcore’s failure as reference, Harmony OS has got to do better to prove itself that it is original.

Harmony OS is made for the next-generation IoT applications, whereas YunOS was originally designed to be used as a mobile OS. Harmony OS has four distinct features: seamless/continuity, smooth, secure, and unification, a step-up from YunOS which featured nearly identical experiences that of Android.

The Linux-based OS is built with many Huawei’s originally developed microkernals, which can be used to maintain core features of an OS, but drastically reduced in overall code size. In this way, the OS can be implemented onto IoT devices, from larger systems including Smart TVs and automotive infotainment systems, to tiny devices like industrial switches and sensors.

Despite that, what’s also worth noting is that it is unrealistically difficult to develop something purely independently nowadays, without utilizing the vast sea of already open sourced technologies. Some clues of Android was found in the Huawei operating system, including the Android Debug Bridge, or ADB, a command-line tool to allow easier access to the system.