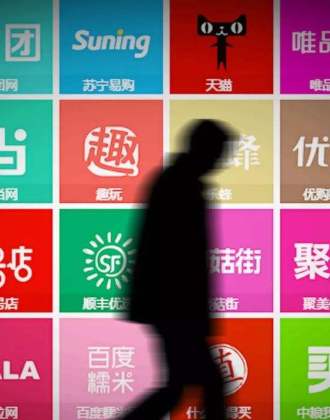 As Alibaba aims to gain users in lower-tier cities and rural areas in China, Pinduoduo, the champion of that market, is also devising a plan to go into Alibaba's home base.

Chinese e-commerce giant Alibaba Group Holding is making a few major upgrades to its B2C marketplace including Tmall and Juhuasuan, in an effort to guard its leadership status against rivals such as mobile shopping upstart Pinduoduo.

As part of the upgrade, Alibaba is restructuring and giving a higher priority to Juhuasuan, its group-buying and flash sale-focused site that targets budget-sensitive customers in lower-tier cities.

The shift was highlighted during this year’s Alibaba’s mid-year shopping festival, in which Juhuasuan saw its year-on-year sales and number of orders grew by 86.5% and 106% respectively during the festival, with 49% of the sales came from lower-tier cities.

The festival usually happens around June 18th and lasts for as long as a few weeks. During this time, known in China as the 618 festival, almost all e-commerce providers have their own festival.

“We believe this group of customers will continue to grow into a strong and sustainable force for brands who are looking at further developing the Chinese market,” said Jiang Fan, president of Taobao and Tmall, the Alibaba executive now in charge of nearly all of the company’s e-commerce business.

“We are very pleased to see that our strategy to help brands penetrate the less-developed markets has paid off. Customers in the emerging cities are very receptive to innovative products and promotion campaigns such as programs on the Juhuasuan platform,” Jiang said, adding that the number of shoppers and the gross merchandise volume from third to fifth-tier cities during the shopping festival both hit 100% growth.

While the Chinese e-commerce establishment mainly consisting of Alibaba and JD.com have been capitalizing on a previous trend called “consumption upgrade”, meaning that shoppers are increasingly keen on higher quality products and services regardless of the premium price, Pinduoduo, the rocketing e-commerce startup has been capturing less noticed market: budget shoppers from lower-tier cities and rural areas.

Co-founded in 2015 by Colin Huang (Huang Zheng), Jiang’s ex-Google China colleague, the startup combined social group connection with e-commerce as its core business model, and is quickly eating away the establishment’s market share. Pinduoduo the company went public on NASDAQ in August, 2018, three years after the official launch of its product.

Pinduoduo introduced it group-buying model which encourages people to buy in bulk to get discounted price if they share the product listing information and purchase together with their contacts on WeChat.

The attraction of Pinduoduo is not its lower prices, but the consumers’ satisfaction of sharing a good deal. If a shopper finds what he or she wants to buy on the site and invite friends to form a purchase group, they can enjoy huge benefits. This model has been documented extensively in another PingWest article, which you can read here.

“Consumers in the smaller cities can find Alibaba B2C marketplaces Tmall and Taobao too complicated to use, but Pinduoduo has a much lower barrier to entry,” Sun Yan Biao, an analyst at iResearch told PingWest.

What worries Alibaba the most is the fact that Tencent, WeChat’s owner, has formed an alliance with Pinduoduo. In the past, the instant messaging app never allowed shopping information on an outside platform to be circulated in the app, going as far as banning the redirection of Taobao and Tmall links altogether. Only for Pinduoduo, Tencent has been keeping the window open, and WeChat has since become a cost-effective channel for Pinduoduo to attract users and increase sales.

Budget consumers, often found in lower-tier cities and rural areas, rely heavily on WeChat as the chief source of information and communication, and are significantly more likely to get the same deal with their friends and family members, while more sophisticated consumers try their best to avoid ending up wearing matching clothes with acquaintances.

Rural areas have become a new battleground of China’s e-commerce giants as the online sales growth is slowing in larger cities, where the market has become saturated.

Besides Alibaba, JD.com also announced plans to open physical stores in 10,000 rural towns in 2018, while it also launched its Pingo service, a replica of the Pinduoduo’s group buying model.

In order to curb Pinduoduo from taking away its market share, Alibaba released a discount app called Taobao Tejia to compete with Pinduoduo for budget shoppers. The app allows consumers to make bulk purchases of cheap products, that can be seen as a counterattack to Pinduoduo.

In June 2018, Alibaba announced plans to expand its fulfillment centers to more than 1,000 rural areas in China.

While the establishments are devising their plans, Pinduoduo is not standing still. In fact, facing repeated allegations on its low quality goods and counterfeit problem, it is trying to expand into premium consumer market in an effort to meet the growing demand for quality goods.

A Pinduoduo internal email sent in early July, which was reported by numerous Chinese media outlets, detailed that the company would spin off its flash sale business, a time limit-based e-commerce channel to form a standalone and more prioritized business unit. The idea was to revamp the channel to compete with Tmall for premium consumers in mega cities.

According to data compiled by Questmobile, a mobile data research company, Pinduoduo’s sales volume ranked second, with 135 million daily active users (DAU) during the 618 festival, a 48% increase from last year. Taobao ranking No.1 was not surprising, but its DAU during the period merely grew 9.1%.

In September 2019, Pinduoduo made a hefty investment in high-end groceries platform Chongma Linli Group (虫妈邻里团), signaling its intention to shift more focus on premium products and services even though it was bombarded for easily broken items. Pinduoduo also reached an agreement with luxury brands such as Armani, in an effort to improve the image of the quality of its products.

It took a much shorter time for Pinduoduo to achieve the growth that has taken Alibaba and JD.com longer, but the extremely fast growth rate will always bring many problems at the same time, such as counterfeiting.

A reputation for low-quality products has made it difficult for Pinduoduo to plan moving into higher-value market. While consumers may be willing to purchase cheap electronic products for a few bucks, premiums have much higher standards for more expensive items.

The iResearch analyst also pointed out that another issue Pinduoduo should be aware of is its source of internet traffic, “While Pinduoduo has the strong support from Tencent, it is relying too heavily on Wechat.”

Tencent, which owns near 20% stake in Pinduoduo, collecting fees in return for the traffic.

“Unlike Tmall, Taobao, JD.com which take a cut of each deal transaction on their platform, Pinduoduo’s long-term profitability is not guaranteed at this point, which has a big impact on its plan moving toward premium consumer market, “ Sun told PingWest.