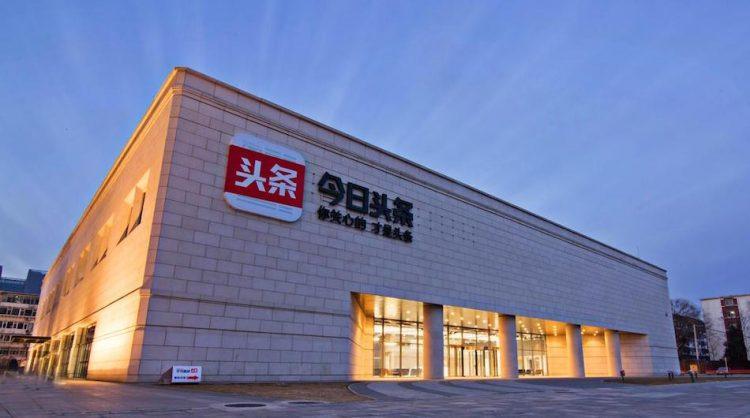 Although TikTok’s parent company ByteDance is moneyed, the road to hardcore game development still carries a lot of uncertainties.

In the sci-fi movie Ready Player One, a virtual world known as the Oasis has become many players' reality.

For Bytedance, an "oasis" may soon to become reality as well. The parent company of the wildly popular video app TikTok is secretly planning a gaming business named Oasis Project, according to a Chinese media outlet.

"LatePost", which was founded by several veteran business journalists in China, recently reported that the Oasis Project has a few teams totaling around 100 people. Among different teams, nine titles were proposals in May for demo development. Unlike the casual mini-sized games that the firm previously tested, the new project will focus on the creation of heavy games.

Wang Kuiwu, a former executive of the Chinese publisher Perfect World Games, was nominated as the leader of Oasis Project.

ByteDance has posted job openings for content operators and developers to be based in Beijing, Shenzhen and Hangzhou.

Although ByteDance is the world's most valuable unicorn, it is generally believed that the profit model of mainly relying on advertising revenue is relatively simple. Industry insiders have long criticized the model for quickly touching the ceiling and being susceptible to the influence of economic cycles.

According to Sensor Tower, revenue from ByteDance's hit app TikTok reached USD 188 million in Q1 2019, representing a year-on-year increase of 70%. Revenue from in-app purchases touched an estimated USD 18.9 million globally, an increase of 222% year-on-year. However, behind the eye-catching results, the company has lost USD 12 billion in 2018 in the overseas markets.

ByteDance is trying hard to diversify its business, through international expansion and other new business initiatives in domestic markets, according to CNBC's interview with Choi Chun, a senior analyst at iResearch.

The Beijing-headquartered company has been diversifying its app portfolio during the past years, expanding into video platform, mobile short video, quora-like Q&A, as well as online literature publishing and comics. These apps and services combined have more than 1 billion monthly active users.

Previously, Bytedance's news aggregator Toutiao and Douyin (the Chinese version of TikTok) have each set up small game-focused teams individually.

In March 2019, the company has acquired Shanghai-based Mokun Technology, a game studio that highly specializes in mobile and web-based games.

"ByteDance is a powerful and ambitious company, and the game industry is quite profitable, so it's within the market's expectation to see more resources are injected into the game business." Gary Situ, an analyst at a Seattle-based hedge fund firm, told PingWest.

"It's the right time for the company to strengthen self-development capabilities, in order to enhance its competitiveness," a Bytedance employee who did not wish to be identified by his name, told PingWest.

"I think 'Oasis Project' will be successful, since we not only have a vast user base but also get the best distribution channels—Douyin and TikTok," the employee said firmly.

Situ believes that although ByteDance has established the Oasis Project and is actively recruiting employees, hardcore games might take as long as three to five years to develop.

Former employees from Tencent, the current leader in China's gaming industry, also think that Bytedance might have been overreaching. "Gaming is a highly industrialized business, like the film industry, which demands to build its own ecosystem. In the case of Marvel Studios, they have also experienced many years of development and formulated a complete industrial system to achieve today's success." a former staff member of Tencent Games told PingWest, asking his name not to be published. He added that Tencent has spent fifteen years to be in its position today, and that event immense amount of capital and talents is not going to guarantee success.

Although ByteDance is well funded, the road to developing successful hardcore games is still full of risks. Game developing requires a lot of patience: huge capital investment, long development cycle, low success rate—which is somewhat inconsistent with the "fast-paced" style displayed by the company to date.

Furthermore, regulation also poses as an uncontrollable external factor for the industry. Last year's gaming approval freeze by Chinese regulators created uncertainty and knocked billions of dollars off the market value of Tencent as well as NetEase, another major player in China's gaming industry, not to mention that Bytedance did not have a good relationship with the government and was fined for misinformation on its Toutiao app.