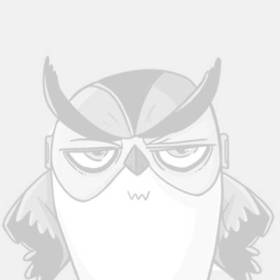 Toutiao is looking to expand its business, and in more ways than one.

Zhang Yiming, CEO of Toutiao, China’s most popular news aggregation service, showed up to the party in a gray tshirt, jeans, and duckbilled cap.

It was all an event for Douyin, an app for making and sharing short music videos. The guests of honor were all star users from Douyin, numbering more than 300, and yet their average age was under 20. Zhang, himself 34, squeezed through the crowd of “wanghong,” or internet celebrities, here and there shooting 15 second Douyin videos with them, a bit awkwardly lipsyncing to the music. It’s probably safe to say he didn’t show up just for fun.

Founded just five years ago, Zhang’s own Toutiao has already grown large enough to attract the (unwanted) notice of the BATs, and even investors abroad. It just completed a $2 billion funding round, lead by US private equity firm General Atlantic, taking it to a valuation fo $20 billion. Its success has made it a rival to almost everyone, as it edges in on Baidu’s advertising revenue and competes with Tencent and others for users’ attention (according to the latest figures, Toutiao’s app has 120 million daily active users, and average use time per day sits at an eye-straining 73 minutes).

Others have offered repeatedly to buy up the company, but Zhang has steadfastly insisted that Toutiao will remain independent. That, however, comes at a cost. To keep itself from being backed into a corner in China’s cutthroat internet industry, Toutiao has had to look to diversify outside of news aggregation, chiefly by bringing short video and social media into its fold.

Hence Zhang cozying up with internet celebrities. Douyin is one of a slate of apps that Toutiao has been cultivating in a bid to keep its business diversified and to ensure its future. But the strategy is still in its early phases. It was only last September, for instance, that Zhang appeared at Toutiao’s second creator’s conference to announce that the company would be exploring video, with a fund of 1 billion RMB to support video creators.

In 2016, Toutiao’s users spent a combined total of 72.6 billion minutes on video, or a third again as much as its text-based content. It’s because of numbers like that that the video market has become so heated, with the BATs all pushing their way in on the action and more than 30 funding deals having been struck.

“Volcano” is another app and community of makers of original short, 15 second videos. The subject matter tends towards the funny and creative, and it also allows for livestreaming. That leaves Douyin to concentrate on short music videos, emphasizing editing and special effects. Despite the slight conflict between them in purpose and userbase, both apps were incubated by Toutiao.

Wang Xiaowei, who is in charge of Douyin, says that 85% of users are under 24, with the star users all born after 1995, or even 2000, and they are centered in first and second tier cities. Volcano, on the other hand, is more popular in third and fourth tier cities, and even in the countryside.

Toutiao has been using these two user-generated content apps as a means of uniting its urban and rural users. Watermelon, another video app, is by contrast a “PGC” or “professionally generated content” app, more akin to Toutiao itself. Less niche than its siblings Douyin and Volcano, it consists of more conventional news fare.

Thus, Toutiao has set up an array of news, humor, and music video apps. Add to that Kuaipai, a Snapchat-like app currently undergoing testing, and Toutiao would seem to have every corner of the short video field covered.

But Toutiao isn’t betting everything on video. Its roots are in news, though as Liu Chen, the director of the company’s Q&A forum Wukong, sees it, users don’t have much loyalty to news services. He believes the way to increase user stickiness is to form a community, with friends, fans, and followers.

Earlier this year, Toutiao introduced Wukong to compete with the more established Q&A services provided by Zhihu and Baidu. This was coordinated with several added features to Toutiao’s flagship news app that made it easier for users to share texts, images, and videos, as well as post comments and share things they liked. Toutiao even added support for sharing content from third party sites, something that irritated Weibo.

This is all might begin to sound a lot like what Douban, an early social network focused on books, movies, and music, attempted to do some years ago. As Douban’s founder said previously, the arrival of mobile networking caused everything to be divided up app by app, and as a result, Douban attempted to take the eclectic mix of its online content and splinter it into 13 different, specialized apps, such as a reader, a local events app, and so on.

There is some sense to that strategy, as users do have varying needs and interests—provided that the suite of apps is kept in order. Tencent, for example, has excelled in this. It has a number of apps which seem redundant (QQ and WeChat for messaging, for instance, or Tencent News and Tiantian Kuaibao), but which each hold their own carefully maintained niches.

Douban, however, was not so successful in this regard. Its apps were at once both too redundant and too fragmented, and after trying to course correct and unite everything back into one app, it finally surrendered last month and shut its app down completely.

The same risk applies to Toutiao, whether in its bevy of video apps or in the close correspondence between the new sharing features in the lead Toutiao news app and Wukong. Liu was frank: “I can’t say this experiment will succeed, but this is the most important thing we are doing this year.”

But for Zhang, the most important step they are taking in 2017 is to “globalize” Toutiao.

Last October, Toutiao invested some $25 million in Indian news aggregator Dailyhunt, and not long after it was rumored that Toutiao had taken a controlling stake in Indonesia’s BaBe news reader.

Then, this February, Toutiao revealed that it has acquired Flipagram, while also investing in Vshow, a Southeast Asian market video app.

Somewhat ironically, Flipagram’s main competitor in the US is probably musical.ly, itself a Chinese app. Both are communities for creating short music videos, with young target audiences. Flipagram still operates independently, and its videos will be filtered into the feed of the overseas version of Toutiao’s news app, TopBuzz, which, like the domestic app, integrates news from mainstream sources and pays content providers according to the number of views.

“China’s online population is only one fifth of the world’s. If we don’t establish resources around the world, and pursue scale, then one fifth cannot hope to compete with the other four fifths. Going global is a must,” Zhang said.

The future Toutiao wants is therefore a global one, with an ensemble of related yet distinct services to its name. And with that, it may just manage to keep its independence.