CES and Europe expansion — What’s next for EV newcomer ZEEKR? 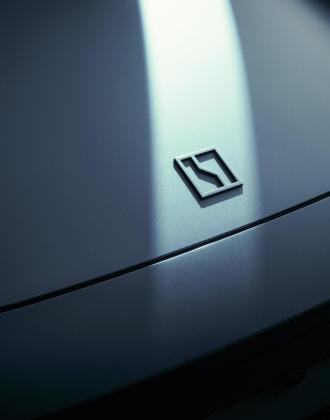 Premium electric vehicle brand ZEEKR has made a big splash on the global stage after two years of rapid development. The Geely-owned EV maker brought two models to the Consumer Electronics Show in Las Vegas this year. ZEEKR is an up-and-coming EV manufacturer owned by Zhejiang Geely Holding Group, one of the biggest automakers in China.

The Waymo customized model of ZEEKR M-Vision was jointly made by Waymo and ZEEKR. The robotaxi has already made its premiere in Los Angeles and will soon operate commercially in the U.S.

Mats Fagerhag, the CEO of CEVT, described the Waymo robotaxi as a combination of “the best driver and the best car.”

The other model, the ZEEKR 001, came to the show with Mobileye’s latest Eye Q5 chip technology. The Intel subsidiary and the Chinese automaker is expanding their strategic technology partnership to develop a new all-electric consumer vehicle with L4 autonomous driving capabilities, which is anticipated to debut in 2024.

Although ZEEKR is not yet available for sale in markets outside of China, it certainly turned a few heads at CES. Some even said ZEEKR’s cars “don’t look like a typical car from a Chinese company.”

The newborn EV innovator is a force to be reckoned with

As a latecomer to the EV race, ZEEKR catches up quickly. ZEEKR was established in March 2021. With full support from its mother company, Geely, ZEEKR has been a hotshot in the Chinese EV world since its inception. By 2023, the brand will have accumulated more than 250 stores and over 600 charging stations in 110 cities. Records show that EV buyers are actively responding to the ambitious brand. In 2022, the brand delivered 71,941 units. In addition, with its impressive numbers, the brand has been acknowledged as the consecutive sales champion among luxury EVs in China.

As a consumer-driven brand, ZEEKR also prides itself on consumer satisfaction. The ZEEKR 001 has over 1.57 million configuration combinations. The brand expects to deliver more than 140,000 cars in 2023, which not only hints at the car’s popularity but also the company’s manufacturing power and technological capabilities.

One of the technological backbones of ZEEKR is the Sustainable Experience Architecture (SEA), on which Geely has been working for years. In short, SEA is industry’s most flexible and first open-source architecture for a new generation of electric vehicles. It can be adapted to multiple platforms covering various vehicle types. It is seen as a one-size-fits-all architecture that can work seamlessly after some fine-tuning to cater to specific needs.

The SEA-M architecture has been demonstrated on US-based autonomous driving technology company Waymo’s newly launched robotaxi. After one year of collaboration between the two companies, the robotaxi developed based on ZEEKR M-Vision (the concept car of SEA-M) has been revealed.

In addition to collaborating with Waymo, ZEEKR has developed an assisted driving system called NZP (Navigation ZEEKR Pilot) in collaboration with Mobileye, which is most applicable in highway scenarios. The NZP solution has just been revealed and opened for leading customers on January 6, 2023.

ZEEKR’s NZP solution incorporates the 7nm Mobileye EyeQ5H chip, and the company is the first use case of the chip. Without a doubt, it takes a lot of guts to be the first customer. For ZEEKR (again, a company merely two-year-old), being the pioneer of the EyeQ5 chip means tweaking algorithms which is a testament to its technological abilities and revolutionary spirit.

Speaking of technological abilities, the company has a whopping 4,500 people in its R&D team, spanning 30 countries in the world. Out of the 4,500, 65% focus on software development. The company positions itself as more than an EV maker, and more like an EV innovator. It prides itself in research capabilities in five key areas: development of application algorithms, middleware development, underlying software design and development, system architecture design, and hardware development.

ZEEKR answers the market’s call with its Europe expansion

After ZEEKR’s collaboration with Waymo was made public, the EV maker’s global ambition became apparent. Just recently, it filed for an IPO in the U.S. -- If it succeeds, it will become the ninth public company under the Geely umbrella.

Answering the call of overseas markets, in 2023, ZEEKR will be coming to Europe. In 2013, it already founded CEVT, to provide product development support to car brands.

Before CEVT, Geely, the mother company of ZEEKR and one of the most prominent Chinese carmaker, already has numerous ties to Europe. Geely's link to Europe starts with acquiring Volvo in 2010. The car-making giant also runs several vehicle brands including Lynk & CO, Polestar, and the London Electric Vehicle Company.

According to ZEEKR, it has set up a marketing team in Europe that is actively exploring its commercialization model. The team will be collaborating with the company’s headquarters in China and its R&D team in Gothenburg. Interested onlookers won’t have to wait too long for the brand’s next steps, as their Europe strategy will be announced later this year.