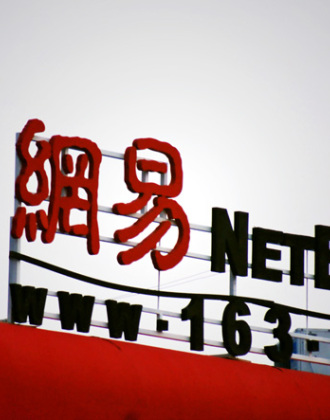 The second-largest gaming business in China is increasing its global expansion efforts.

In response to a downturn in Chinese gamers' appetite for online games, Netease, the second-largest gaming business in China behind Tencent, is increasing its global expansion efforts and concentrating more on purchasing majority holdings in foreign gaming studios.

While NetEase still gets the majority of its income from domestic games, it has been investing more and more in its international operations. In January, it purchased Canadian gaming company SkyBox Labs, which is best known for working on blockbuster games like Halo Infinite and Minecraft.

Following regulatory restrictions on China's gaming sector for the past two years, NetEase has aggressively expanded its gaming company abroad, much like its main rival Tencent Holdings.

Despite not fully wooing international gaming communities with well-liked titles, NetEase continues to grow its global presence by investing in game companies outside of China.

Explaining how NetEase runs its global gaming operations and how to create a strategy that would help a company adapt a game to a particular target market's culture and language We can't produce a single worldwide version for all areas since players have distinct requirements and playing styles based on their cultural backgrounds, according to Hu Qingfeng, head of product management and user research at NetEase Games. We must swiftly create a standard version of the game before doing in-depth user research, speaking with users, and learning about their specific regional needs. The next step is to have a new publishing solution swiftly created for various areas.

As an example, he points to Elden Ring, a brutally challenging open-world RPG that achieved huge successes in Europe and the U.S.

“The game blend in many popular elements of big-budgets game titles like open world, leveling up, combat trees, it also makes itself different from other big budget titles by allowing multiple different play styles. The open-world structure makes its map run less boring. If you're stuck at a boss, you can simply go elsewhere and leveled up with better gear, you don’t have to complete mission by routinely challenging the boss. The game caters to a wide variety of players.”

He also gives the example of Genshin Impact, which is quite popular in Asia because of its animation style.

The overseas strategy of NetEase Games has been centered on obtaining high-profile intellectual property from well-known brands. It bought French video game company Quantic Dream in September 2022, giving it permission to publish a planned Star Wars game. Mobile games based on the Harry Potter and Lord of the Rings brands have previously been produced by NetEase, enabling it to reach a worldwide audience and monetise properties on a global scale.

Acquiring and investing in gaming studios can also help NetEase to realize its consoles ambition too. In Japan, it launched the “Nagoshi Studio” in January, 2022 under the leadership of Toshihiro Nagoshi, who was formerly from Japanese game developer Sega and producer behind the Yakuza franchise, a popular Japanese console game franchise solely release on Sony Play Station.

It launched its first U.S. studio, Jackalope Games, in May 2022 and in August opened its second, Jar of Sparks, led by Jerry Hook who was the head of design for Halo Infinite.

In North America, expect for its acquisition of SkyBox Labs, NetEase has also invested in a number of gaming startups including Lightforge Games, whose team is formed by former Epic Games and Blizzard Veterans.

NetEase in November reported a slowdown in game revenue, partially hurt by a lack of new game approvals in China and regulations that limit playing time. Revenue from online games.

The success of Genshin Impact also threated NetEase because miHoYo published and distributed the game itself through its website and various third-party platforms.

Young start-ups like Lilith Games and HyperGryph also have been routinely expanding their talents and releasing hot titles.

Against that backdrop, NetEase has repeatedly emphasized that it is aiming to have half of its gaming revenue coming from outside China.

“Overseas market will contribute 50% of our gaming revenue in the future, largely increase from only 10% now,” said Ding Lei, founder and chief executive of NetEase.