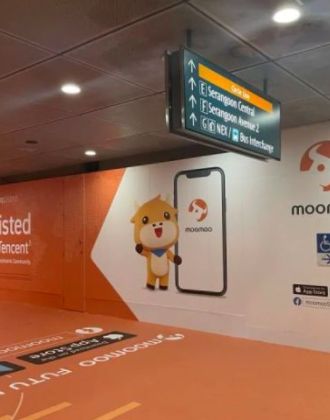 Mainland Chinese investors will no longer be able to open accounts with the online brokerages Futu Holding and UP Fintech Holding, the country's securities regulator announced on Friday.

The CSRC will ask the brokerages to take corrective measures, such as to stop soliciting new business from mainland investors, the watchdog said.

Although existing Chinese clients will still be allowed to trade via existing platforms, new money must not flow into these accounts unlawfully, the CSRC added.

It marks the long-awaited official penalty finally settled. Back in October 2021, CSRC made an official statement that the two brokerages' operations were not in compliance with the laws and that they would be subject to regulation. In November of that year, the regulator summoned executives at Futu and UP Fintech, asking them to regulate cross-border securities trading business for domestic investors in accordance with the law.

Tencent-backed Futu and Alibaba-backed UP Fintech hold licenses in Hong Kong, Singapore and the US, but not yet in mainland China. Currently, no mainland license exists for online brokerages specializing in cross-border trades.

Mainland investors can only invest in securities outside China through so-called qualified domestic institutional investor (QDII) schemes as well as connect schemes that link the Hong Kong and mainland stock markets, according to Reuters. Both schemes are tightly regulated, have relatively high barriers to entry and offer limited services.

This is why Futu and UP Fintech have gained popularity among Chinese individual investors looking to invest in overseas stock markets, as they offer more services, lower capital thresholds and fewer restrictions. Chinese citizens can open an account online after submitting personal information related to their ID card and bank card.

In Futu's 2020 annual report, the company said that it primarily serves the emerging affluent Chinese population and a large number of its clients were mainland Chinese citizens.

The announcement also came a day after Futu delayed its secondary listing plan in Hong Kong. In a filing to the Hong Kong stock exchange late Thursday, the company said it was "clarifying certain matters concerning the Group with the Hong Kong Stock Exchange."

Later on Friday, Futu, in response to the regulator, said that it will fully comply with the regulatory requirements and strictly conduct the rectification work. "In accordance with the requirements of the China Securities Regulatory Commission, we will do our best to serve all existing domestic investors and continue to provide you with high-quality trading services," the company said.

UP Fintech also stated that it will continue to serve existing customers in accordance with laws and regulations, and comprehensively conduct the rectification work.

“Relevant task force will be dispatched to run on-site inspections and supervise rectifications on Futu and UP Fintech. Additional measures will be taken based on the rectification situation," said the CRSC.