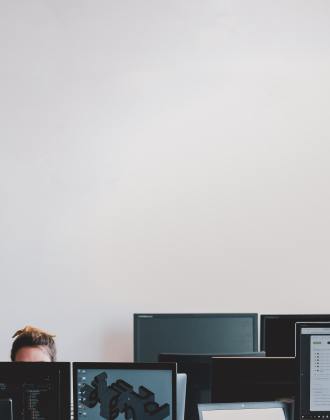 Human vs. machine - in pursuit of a successful career.

“I laughed out loud when my eyes shifted as I saw a pop-up ad on my laptop because I knew I had already tanked my interview,” said Violet, whom an AI interviewed for a management trainee position at a multinational enterprise based in Shanghai.

Violet conducted thorough research before the interview, which included reading other people’s findings about their AI interview experiences. The more she learned, the more anxious she became.

“I was mostly worried about my unconscious behaviors, such as word choice and micro-expressions,” said Violet, who learned those were the things AI interviewers looked for during a session — that’s why she knew she might have failed the interview since eye-shifting would be deemed an untrustworthy trait.

Violet remarked, "It wasn't as if I felt disrespected to be interviewed by a robot, as the job-hunting process had already eroded my self-esteem."

Securing employment has grown increasingly challenging for the younger generation, including the Chinese youth. In addition to a more volatile job market than ever before, young people now face an unanticipated barrier: AI interviewers.

The AI-powered talent-picking mechanism is now prevalent among large enterprises, which might receive thousands of applications for one job posting and thus require a standardized and automated method to filter candidates as efficiently as possible.

Natural language processing technology came in handy in such situations — companies, such as the U.S.-based HireVue, pioneered AI interview solutions to “automate workflows and make scaling hiring easy,” according to the company’s website.

Simply put, AI interviewers replace human HR professionals in the initial round of face-to-face interviews and participate in the decision-making process. Organizations must develop a set of questions and feed them to the AI interviewer, which will not only interview candidates based on the predefined questions but also record their responses and provide feedback on the applicants' responses. Surprisingly, AI interviewers can even outperform their human counterparts by recognizing non-verbal indicators such as facial expression, eye movement, pitch, and tone, which humans generally overlook.

As powerful as these types of tools sound, they were criticized in a recent study by researchers from Cambridge’s Centre for Gender Studies, who claimed AI recruitment tools are only marginally superior to “automated pseudoscience.” Their research examined prominent AI-powered hiring tools on the market, including HireVue, Retorio, and myInterview, and found their interpretation of applicants was subjective. For example, AI interviewers might favor applicants who have bookshelves in the background, while wearing glasses and a headscarf decreased the candidate’s score for conscientiousness, according to a trial by journalists at Bavarian Broadcasting in Munich.

Criticism has swarmed up against the niche AI application, and HireVue dropped its facial expression analysis feature when an external audit took place. Other companies are racing to fill the vacancy, as the market has proven to be fruitful — according to a HireVue white paper, virtual interviews increased by 51% from 2019 to 2020 in the APAC region.

Currently, many companies in China have launched AI interview products. Zhaopin.com, a Glassdoor-like service in China, rolled out “AI Yi Mian,” which literally translates to “AI Easy Interview.” The AI Yi Mian service is capable of providing results that are 98% similar to human HRs, according to Tian Juanjuan, executive director of Zhaopin.com’s Research Institute.

Zhaopin.com’s industry peer, Liepin, also launched a similar service dubbed “Magic Mirror,” which can “realize automated interview/evaluation of candidates at any time and any place” and reduce the recruitment cost and time of enterprises by 70% and 80%, respectively, according to Xiao Ting, a strategy expert at Liepin.

Equally questioned in China and internationally is the use of AI for recruitment. However, practitioners in the sector have a different perspective on the tool. Gela, who operates a tutoring service that prepares job seekers for AI interviews, stated that "they [AI interviewers] assist both applicants and organizations."

According to Gela, AI recruitment has advanced significantly since the tool's introduction to the market. Gela stated, "It is not as frightening as many job applicants think."

The tutor continues by explaining how many companies are willing to provide the leniency of letting applicants retake AI interviews and present more satisfactory performances, and that not all AI interviews are evaluated solely by AIs. HR personnel may still be involved in the process.

AI recruitment tools are roughly divided into six levels, from L0 to L5, with L0 being video recording and transcription (taping applicants’ responses for human HR to review) and L5 being fully automatic (AI conducts and rates the interview). Most AI interviews that job seekers are encountering now are L3 to L4, which use algorithms to combine the semantics of the candidate's answers as well as his/her expressions, emotions, and other dimensions to make a comprehensive assessment of the candidate.

In addition, Gela noted that AI interviewers possess a level of adaptability and tenacity that no human can equal, which is advantageous for job seekers. "Imagine you scheduled an interview with a human HR representative for Friday evening. Do you believe you would receive a fair evaluation if the HR representative was exhausted and eager to go home?"

Data appears to support Gela’s claim. The results are surprisingly similar when an AI interviewer’s assessments are compared to those done manually. For example, Liepin’s Magic Mirror has a human-AI consistency rate of more than 85%, “Fangbian Mian,” an AI interview system launched within Dingding and Lark, has an accuracy rate of 96%, and “Haina Rencai,” the AI interview service provider for logistics company SF Express and fast food giant KFC, claims it has an accuracy rate of more than 98%.

As dystopian and cyberpunk as it may sound, AI recruitment provides corporations with undeniable convenience. Even though the service seems impersonal and ranks everyone based on the same predetermined measures, there is a silver lining for job applicants: it is technically "hackable" if they do everything they want, such as placing bookshelves in the backdrop.

Photo by Sigmund on Unsplash